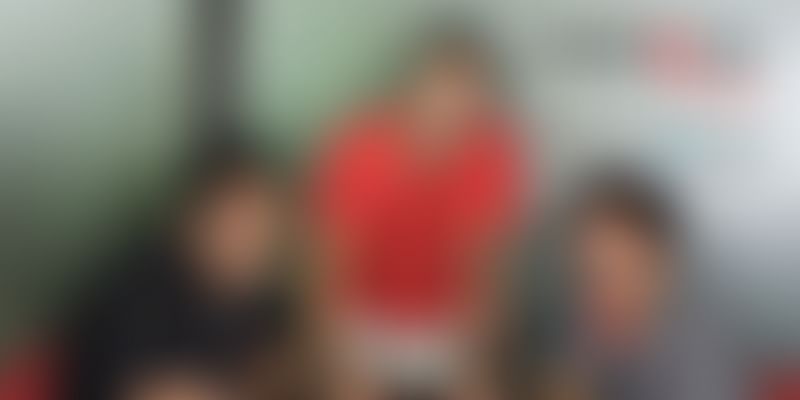 After working for six months at an IT firm, 22-year-old engineering graduate Arun Kumar realised that his four years of engineering didn’t give him the skills he needed to excel at work. This seems to be a concurrent problem in India.

Research shows that over 80 percent of engineering graduates are not only unemployed but are actually unemployable according to corporates, who find that they lack the necessary skill sets.

Looking at this gap in the industry, Subrata Ghosh, an educational entrepreneur, decided to start RedStone Learning in 2014 in Bengaluru. However, the company was incorporate in the US. Subrata says:

I felt what was needed was a platform for real-time, relevant business expertise – through a combination of top-notch experts, high quality and constantly evolving learning content, and delivery formats that follow the learner. That is the only way that business and individuals can cope. That is the problem that Redstone Learning is solving.

Taking the plunge for the second time

Prior to this, Subrata founded an Ed-tech company Celtem Learning in 2007, which was shut down in 2013. Before starting up, Subrata spent over a decade in strategic technology roles in companies like First Consulting Group, Itron Inc, Nationwide Insurance and Infosys in both US and India.

As this was his second startup, he already had experience with the different challenges of starting up. However, he believes that the challenges of scaling up globally from India was new.

“We put together a globalised and digital model from the get go – with the right experts sourced in US for our clients, with courses delivered online while the marketing engine was run cost-effectively from India,” says Subrata.

Subrata realised that there was a huge crisis building up for businesses and knowledge workers. Most professionals that he had met across the industry were concerned about the magnitude of changes in industry around them.

They were worried that they would wake up one day and find themselves irrelevant. And most businesses, large and small, were concerned about not having access to the right expertise to help them stay ahead of the curve.

Skill learning is a big need of the hour. The global market for professional skilling is $250 billion, with US alone accounting for 70 to 80 percent. India is a small but emerging opportunity. Online learning is becoming increasingly relevant and sought after. Expert know-how coupled with technologies like AI, VR and data science is expected to revolutionise learning in the coming years.

Founded by Ronnie Screwvala and Mayank Kumar, UpGrad focuses on skills training and follows a similar industry mentorship model. There also is Simplilearn, which is focused on skill training. There also is the more recent StudyBud and CodeQuotient, which are focused on skill development. Redstone Learning’s USP is relevant and real-time expertise.

Redstone had started with an initial focus on online and on-demand courses for professional certifications, targeted at mid-career professionals in the US. After this, the team started adding the top 10 most popular global certifications to its portfolio. Redstone Learning launched another vertical in the area of GRC courses (Governance, Risk Management and Compliance).

“In the latter, Redstone Learning has quickly scaled up to become one of the top 5 global players in this niche. Within a year, it has reached a size that has taken its competitors over 10 years to achieve,” claims Subrata.

The initial core team came from his earlier Indian edtech startup. And then they hired specialists who had experience in international markets. The vision was to bring real-time and relevant business expertise to organisations and professionals

Alok Basiston joined as VP and Chief Operating Officer. He has worked in IT and Professional education industry for over 14 years. Prior to that he was with the UN. Tapesh Biswas, VP and Head of Research and Analytics, is an IIT Kharagpur and IIM Bangalore alumnus. He has 11 years of consulting and programme management at McKinsey, Goldman Sachs, British Petroleum and others.

Yazdan Fraz, the Associate Director, is a Bachelor in Economics and has extensive experience in the Governance, Risk and Compliance Industry (GRC). He has worked with companies like Metric Stream and Atlas System.

Redstone claims to have over 200 business skilling courses and 30 professional certifications. It trains over 10,000 people a year. It employs about 100 people, and it has over 300 US-based experts/trainers empaneled as consultants with the company. Bootstrapped and profitable, the current revenue is at $400,000 to $500,000 a month and is aiming at $12 to $15 million in sales by next year.

Globally, Redstone plans to continue to focus on business skills for enterprises and individuals. It aims to add 100-200 courses a year, and continue to enrich the online learning experience for its users. Currently, the US is its largest market, contributing more than 80 percent to Redstone’s topline.

In India, Redstone Learning plans to increase its footprint in line with initiatives such as PM Modi’s Skill India Mission. Redstone is anticipating to grow its revenue in India to as much as 30 percent in the next two years from a low of five percent as of today.