Meet the man who ensured the internet remains neutral in India 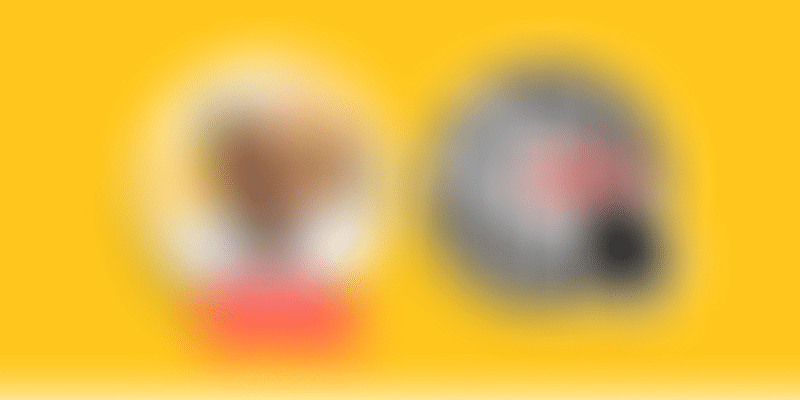 The first thing that struck me when I met R S Sharma, Chairman of the Telecom Regulatory Authority of India (TRAI), was how driven he is. He would fit in effortlessly into our high-energy startup world. A technology evangelist for the past 30-odd years, Sharma is clearly passionate about making sure that technology becomes the great equaliser of our age and brings about the digital transformation that can change the face of India.

The 1978-batch IAS officer was all set to retire from the Jharkhand cadre when he was appointed Chairman of TRAI in July 2015. He then took the telcos head on when he told them that they would need to credit Re 1 for every call dropped. (The Supreme Court subsequently struck down the notification, but it gave consumers a rallying point against an annoying and costly problem.) He has been accused of being biased toward new telecom providers, has had his Twitter account hacked, and in the thick of the debate, took the stand that free data was not the same as net neutrality.

Never one to shy away from speaking his mind, Sharma talks about what drives him, his experiments with computers in Bihar in the 1980s, and how Aadhaar is a fascinating enabler of cost savings and transparency.

Shradha: You have unleashed a slew of initiatives. What drives you?

R S Sharma: The drive comes from my value system, which has given me access to get to where I am today.

When I went to college, I was the only person in the hostel who could not speak Hindi. I spoke my local dialect, Brijwasa, which is spoken in Agra, Mathura, that area.

So I feel that coming from a small village, from a farmer’s family, the system itself has been very fair to me.

Despite all my disadvantages, there was fairness. I feel I should be fair in whatever I do and whoever I deal with.

So essentially, that sense of doing the right thing, doing what you feel is right. That is one part. The second – and this is very important for me – is the fact that since the very beginning, as a student of science, technology has always fascinated me. I bought my first computer around 1985-86 when I was the district magistrate of Begusarai (Bihar).

I have always believed, and the belief continues to be strengthened, that technology can be a great enabler to do things that you think you cannot do, or do things much more efficiently, more transparently.

Today, we realise that digital can be truly democratic. The access it allows is mind-boggling. You and I have similar rights to access the IRCTC website, for example. It is a great equaliser and great enabler. Digital is more transparent, traceable, cost-effective, democratic and environment-friendly.

All through my career, I have driven digital. For example, I used computers to manage the transfer of teachers in Begusarai (Bihar) in 1985. The headline the next day was: “Look, computers have transferred dead teachers.” Obviously, the database itself was inaccurate, which is why teachers who had passed away were being transferred. The system only showed that these teachers had not been transferred in 20 years.

We had a database of stolen and recovered firearms and every time a firearm went missing, the information was relayed over the wireless to be recorded. All the SPs diligently maintained their register, so you had identical registers all over. Once we started doing dictionary indexing – and these were 16-digit numbers – we began solving cases immediately. We showed the IG how we had solved 22 pending cases, showed him a gun that had been stolen from Sarai Madho and recovered from Arrah. He came down from Patna and wanted to know how this was possible. And this is just a trivial example.

Shradha: You experienced early on how technology can help.

R S Sharma: The latest is Aadhaar. Once you start doing something, then you start thinking of newer and better ways of doing things. One thing leads to another. My four-year stint at UIDAI was fascinating. Nandan Nilekani was Chairman, and I was the CEO, DGM - Director of Aadhaar. We took it to 40 crore IDs. I was then Secretary of IT, and I had the good fortune of interacting with the new government, and the new government took Aadhaar to new heights in terms of applications. Aadhaar has two properties. One is uniqueness, another is its property to provide authentication. So, I started thinking: how can we use online authentication?

When I was telling people, you can authenticate digitally, they thought I was mad.

However, authentication is not something everybody understood. So, I thought if we could have a digital platform for attendance, that would be a start, a proof of concept. I wanted to end the physical paper register, so that recording attendance would become environment-friendly, cost-effective, more accurate, and less prone to fraud. This would demonstrate digital authentication. I was in Jharkhand then, so we created an online attendance system, and it was such a hit. People took it seriously – they would come to see this online register and they would find that it tracked information at the individual level too.

Shradha: Was there any resistance to this system?

R S Sharma: The Prime Minister himself was behind this. He asked me when I came here and made a presentation on various issues. Someone had told him there was a digital attendance system in Jharkhand. He asked me to implement it here, and we’ve done it.

In fact, this is a very trivial application. 7 million authentications are done every day. 1 million of this is tracking attendance through Aadhaar. Aadhaar faced many existential crises but it has emerged stronger than ever. Because of Aadhaar, the country has saved Rs 20,000 crore in LPG subsidies alone in one year. Aadhar’s annual cost is Rs 8,000 crore – it has saved 22.5x its own investment in one year in one program. That’s transformation.

The current government is taking it to new heights and started applying it. Telecom SIMs, for example: now to get one you do not need to give any paper proof, you just give your Aadhaar number and biometric authentication does the rest. We have now 1.1 billion Aadhaar numbers, out of a population of 1.3 billion. You can open bank accounts, get subsidies, do eKYC, so many things.

Shradha: What is your vision?

R S Sharma: Ultimately, the primary vision of the Digital India initiative is to transfer India into a digitally empowered society and a knowledge economy. That I think is something we must do with full sincerity. Here is where I think my current role is useful: Digital India has a number of visions. One is digital infrastructure, the second is digital services and software, and the third is digital empowerment.

Firstly, we need to improve our digital infrastructure. Our mobile revolution happened in the late 1990s and early 2000s. We went from offline to wireless in some sense. We just had 2 crore copper lines/fixed lines, and now we have 1 billion mobile connections. We have data connectivity; mobile connectivity may be good, with 100 crore people talking on it, but we need to improve data connectivity. My mission is to ensure better connectivity across India. Provide internet via cable. Wi-Fi hotspots for low-cost connectivity. All these things are extremely important for Digital India to succeed, and my mission is to make this happen in my current role.

I believe in this transformation potential of technology, and this is the right time to make it happen.

Come and discover the cutting-edge mobile solutions created by India's developers, entrepreneurs and mobile enthusiasts, only at MobileSparks 2016