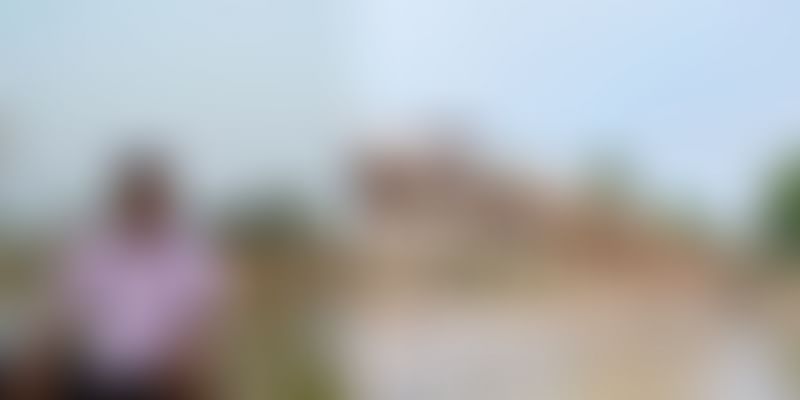 Until recently, 43-year-old Sheikh Lalchand was an average ghat majhi (boatman) who helped people cross the roaring Mundeswari river. He has now become a local hero and source of inspiration for many, as he has built a bamboo bridge across the river. With the bridge, villagers from Ghoraberia-Chitnan and Bhatora, living on an island surrounded by the rivers Mundeswari, Damodar, and Roopnarayan, are now connected with the mainland.

Sheikh decided to build the bridge by himself as he couldn't row his boat on certain times, and had to watch people suffer. “During low tide, people had to cross the river in knee-deep slush and mud when boats could not be operated. Students suffered the most. They could not cross the river on foot while carrying school bags. Then I thought why not build a bamboo bridge over the river?” Sheikh told The Telegraph.

Building the bamboo bridge cost Sheikh a total amount of Rs 7.5 lakh. He gathered the money by selling his wife's ornaments and taking loans from his relatives. The bridge was built by 16 labourers who worked for 28 days at a stretch. He is now recovering the money by collecting a humble toll from those who use the bridge.

Those who cross the bridge by foot or on cycle pay Rs 2. Motorcyclists pay Rs 6, while cars have to pay Rs 100 to cross the bridge. Students and senior citizens are charged with Re 1, while ambulances and students during their exams are allowed to use the bridge for free. By paying a monthly charge of Rs 50, farmers can use the bridge whenever they want.

Accessibility aside, the bridge has also made weddings easier. “People from distant areas were reluctant to get their children married here ... because there was no accessibility. The bridge saved us. The marriage of my daughter is fixed for next year," Achinto Maity, a villager told The Weekend Leader.