This ex-journo from Bundelkhand goes from door to door and feeds over 1,000 needy people every day 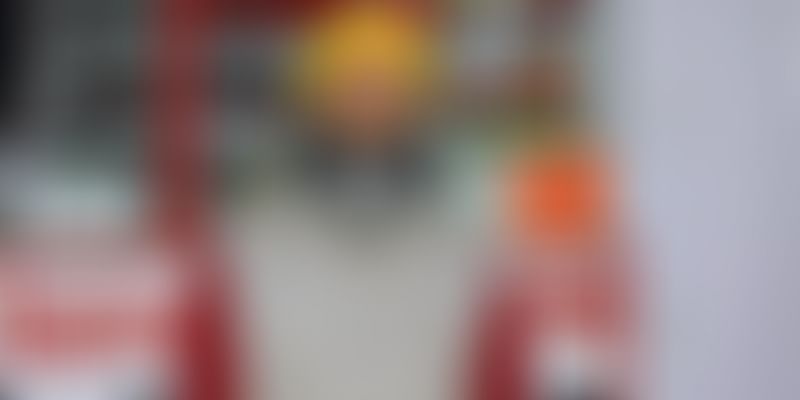 Tara Patkar quit his journalism career in 2014 and started Roti Bank, a unique effort to provide free food to the hungry and the homeless living in Mahoba district of the drought-prone Bundelkhand region. Begging from door to door, Tara and his volunteers collect rotis and vegetables, and provide them to the over 1,000 needy individuals every day.

The project, which aims to ensure that no one in the region sleeps with an empty stomach, runs with support from Bundeli Samaj, an NGO started by the 46-year-old ex-journo along with a dozen other members. Today, with about 1,000 volunteers, the Roti Bank has extended its activities to Chhikhara and Mullah Khoda, two villages in the same district.

Roti Bank runs completely on charity. The families who contribute food to the bank do so as they too uphold the initiative and believe in doing their bit. "There is no money involved at any stage. We even brought some doctors to our centres for health check-ups, and they didn’t charge anyone," Tara told Reuters in an interview.

Tara plans to extend the services of Roti Bank to 13 more districts across the arid Bundelkhand region, including the states of Uttar Pradesh and Madhya Pradesh. "I have visited friends at several places, including Banda, Attara, Lalitpur and Orai. We are also looking at other villages," Tara told Point Blank 7.

Acknowledging the fact that feeding the hungry is just a stepping stone to solving the larger issues that plague Bundelkhand, Tara has, along with a few other residents, been fasting for 80 days now, demanding an AIIMS hospital for the needy from the Prime Minister, who is visiting the region today.

In Mahoba district alone, over two lakh stone quarry labourers suffer from silicosis, a lung disease caused by the inhalation of silica dust. Speaking about the dearth of health centres in the area, Tara told The Telegraph, "There are fewer than 20 doctors to manage these ill-equipped centres. The same is the situation in the other districts of the region." Tara plans to start a full fledged hunger strike if the government doesn't pay heed to their struggles.