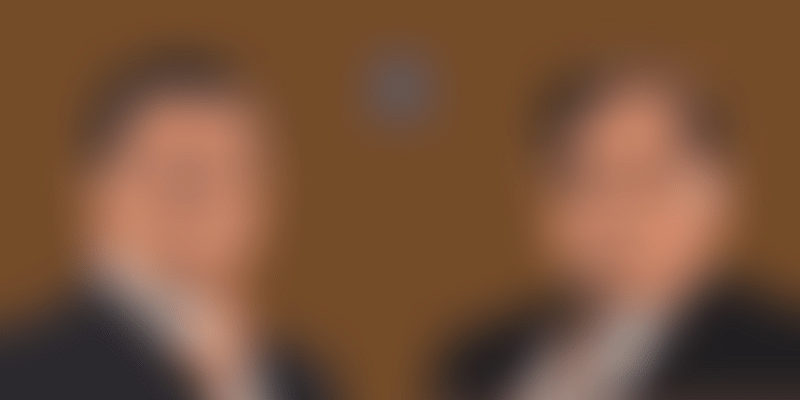 Market benchmark Sensex fell over 91 points on Tuesday as Tata group stocks pulled down the index after Cyrus Mistry was replaced as its chairman on Monday, amid mixed Asian cues.

Investors were also cautious ahead of October's expiry in the derivatives segment on Thursday. The 30-share index declined 91.22 points, or 0.32 per cent, to 28,087.86. Metal, oil and gas, realty, PSU and power stocks ran up most losses.

Brokers said sentiment was downbeat after Mistry was removed as chairman of India's largest conglomerate Tata Group and replaced by his predecessor Ratan Tata in the interim, a development that can trigger a confrontation between the single-largest shareholder and the company's founding family.

In the rest of Asia, Hong Kong's Hang Seng was down 0.20 per cent and Shanghai Composite fell 0.06 per cent in early trade. Japan's Nikkei was trading in the positive zone, rising 0.62 per cent. The Dow Jones Industrial Average had ended 0.43 per cent higher on Monday.

In a sudden and dramatic turn of events, Cyrus Mistry was recently sacked as Chairman of India's largest conglomerate Tata Group and replaced by his predecessor Ratan Tata in the interim, a development that can trigger a confrontation between the single-largest shareholder and the company's founding family.

Mistry's family firm Shapoorji Pallonji Group, which has 18.4 per cent in Tata Sons -- the holding company of USD 100- billion salt-to-software conglomerate -- is believed to be considering fighting out the "illegal" removal.

In the suprise development, the board of Tata Sons, where 66 per cent shares are held by philanthropic trusts endowed by members of Tata family, ousted Chairman Mistry saying it was acting "for the long-term interest" of the firm. No reason was given for removing Mistry who was brought in less than four years back with much fanfare, but it is believed there were differences over management style and his approach of selling assets after writing them down.

The board named a five-member search committee, which includes Tata, to choose a successor within four months.

Mistry, 48, who replaced Tata, 78, as chairman in December 2012, was only the sixth group Chairman in nearly 15 decades and the first from outside the Tata family. He will remain a director of the individual companies, though his tenure as Chairman is the shortest so far at the group.

Tata will be interim head of the group while a Selection Committee appointed by the company searches for a replacement. The spokesperson said the Committee has been constituted with a mandate to complete the process in four months. Tata group is also engaged in a legal battle with Japan's Docomo over the split of their erstwhile telecom joint venture Tata Docomo.

Born on July 4, 1968, Mistry completed his graduation in civil engineering from London's Imperial College of Science, Technology and Medicine and followed it up with a masters in Management from the London Business School.