Real women or fictional leaders? What the UN's appointment of Wonder Woman for empowerment of women and girls represents 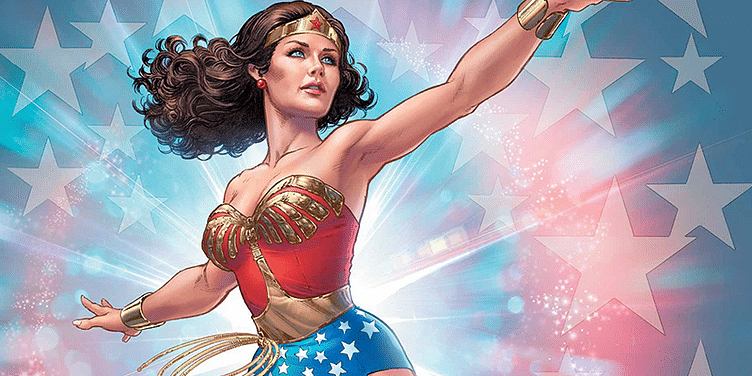 On October 21, Wonder Woman will officially be titled the Honorary Ambassador for empowerment of women and girls by the United Nations at its headquarters in New York.

The date marks the character's 75th anniversary. Wonder Woman is a fictional superhero from the DC comics. DC Comics, Inc. is an American comic book publisher.

Created by DC employee William Moultan Marston during World War II, the character was largely inspired by his wife and co-creator, Elizabeth.

Wonder Woman’s genealogy goes back to the Justice League, of which she is a founding member. A demigoddess and warrior princess of the Amazons, based on the Amazons of Greek mythology, she is Princess Diana of Themyscira. She goes by the alias of Diana Prince who is represented as an Army nurse.

With superheroes ruling the roost on screen and off it, DC is finally giving Wonder Woman her due by releasing her movie in 2017.

Wonder Woman is not the first fictional character to be celebrated by the United Nations; Winnie the Pooh and Tinker Bell too served as honorary Ambassador of Friendship and Green respectively.

Wonder Woman has super strength and her other skills include invulnerability, flight, combat skill, combat strategy, superhuman agility, healing factor and magic weaponry. She also breaks the trope of women being damsels in distress who need to be rescued or protected by men who are always touted with the role of protector in real and reel life both.

While DC Comics is happy with this decision, Wonder Woman as the honorary ambassador for empowerment of women and girls received a rather mixed response. Though many approved of and celebrated this decision, others took to social media to share their disapproval.

The #UN didn't appoint a female Secretary-General. Instead it appointed Wonder Woman as ambassador. Speechless. https://t.co/dbkHizF3EO

@RealLyndaCarter @jacksback2007 It's too bad the UN doesn't take the Empowerment of Women and Girls more seriously than that.

Surely, UN could have found an actual, real woman to be Honorary Ambassador for the Empowerment of Women & Girls rather than Wonder Woman

@BBCNewsEnts So offensive to all women. Could they not think of a single empowered women who actually EXISTS for this role?! #everydaysexism

This announcement also comes at a time when Antonio Guterres, who had run the United Nations refugee agency for the past 10 years, has been backed by the Security Council to be the next UN Secretary General. 13 candidates had vied for this appointment, including a record seven women.

While one does not question the merit of Guterres' appointment, it would probably have made a far greater statement in favour of bridging the gender gap, if for the first time in its history the United Nations would have had a woman as its Secretary General.

Perhaps choosing a real female leader over a fictional comic character would have sent out a stronger message.