Are we guilty of inhibiting workforce diversity because of personal biases? 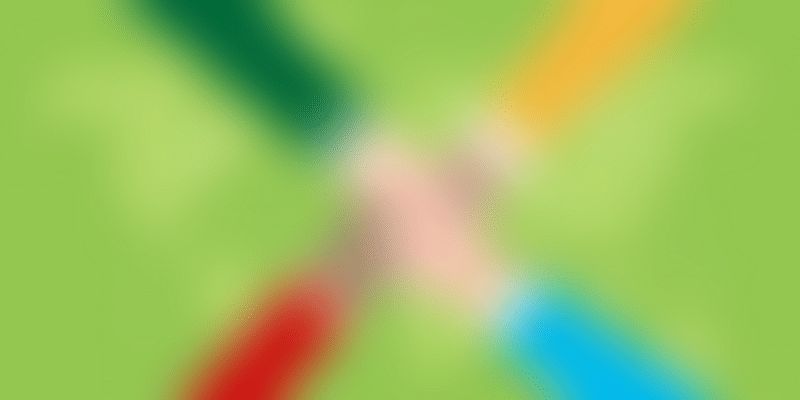 According to the UK’s Equal Opportunities Commission, ‘equal opportunity’ entails the providing of every individual with an equal and fair chance to apply, get selected, trained, promoted and even terminated from employment irrespective of age, race, sex, disability, pregnancy, marital status, sexual orientation, religion and gender reassignment. Only one out of six organisations measure and enforce the practice of equal opportunity as part of their company policies (HBR, 2013).

Despite the fast growing global marketplace, it is evident that the value of a diverse organisation is somewhat overlooked; organisations, and skilled talent, are missing out on a golden opportunity to create the exponential economic value and growth that diversity promises to bring.

As business leaders, can we accept that we carry hidden biases that may prevent us from being truly objective in our decision making? If yes, could this bias creep its way into our hiring choices? Could we, in fact, be the instruments that prevent or stifle workforce diversity? As bold as these questions may seem, evidence points towards this being closer to reality than we may imagine.

The world is gradually turning into a melting pot of ‘everything technology’ and has become the hotbed for multinational tech companies to prosper and grow. Tech is the new Oil, and everyone has a role in this new global ecosystem. Or so it may seem. Interestingly, this new technology world, known to be democratic, accessible to all and overflowing with opportunity, seems to have its own shortfalls.

Our subconscious bias with respect to a diverse workforce

Diversity reports published by the global top 11 Tech companies (including Yahoo, Google and Facebook) revealed that only 30 percent of the total tech workforce is made up of women. In the UK, the Tech sector employs 1.46 million people, of which only 17 percent are women). Fewer than 1 in 10 of these women are in leadership positions within the sector and, perhaps most shockingly, women only hold four percent of software engineer roles.

These are a worrying set of statistics, and raise many important questions for the Tech sector. Why are women not fairly represented? Is the wider issue of diversity the real problem? What is the reason behind this? What is the solution moving forward? And, how can the tech community turn the tide, and encourage more women to enter the Tech world? How can individual organisations play their part and make themselves more attractive and inviting? Many questions emerge, and much discussion is needed to find the real answers.

What is clear is that women are not the only group under-represented in the tech community; the diversity deficit continues to increase when other minority groups are included. Only one percent of America's venture capital-backed startups are led by African-Americans, and only nine percent of tech industry workers are Black or Latino (Tech Pledge, White House, 2016). These are shocking numbers, and are a cause of concern (and embarrassment) for global tech leaders and brands that often pride themselves on championing the tech industry as the pathway to economic freedom and growth.

There are some bright spots though. Google granted $775,000 to Code2040, a non-profit organisation working towards reducing the racial divide in Silicon Valley. The grant will provide African American and Latino students the skills and resources required for career opportunities in the tech arena by teaching and mentoring them.

It gets better. According to McKinsey, global GDP could rise by $12 trillion by 2025 if more women join the workforce and reduce the gender gap in the private and public sectors.

It is fair to say that ‘Diversity’ is an all encompassing word and has many faces. While gender diversity is of huge importance and immensely significant, and has an increasing amount of research dedicated to it, other minority groups seem to have had limited airtime. There is much work that is required to provide greater insight into the impact other minority groups can have on driving diversity, innovation, and growth in business and society. This opportunity inspired the creation of a not-for-profit movement called Diversity Economics™, which uses data and intelligence to promote the social, economic and business benefits of diversity. Diversity Economics is a term used to refer to the data, statistics and financial logic underpinning the business case for diversity in a given context.

How companies can increase workforce diversity by transforming their hiring processes

When recruiting a team, the primary objective should be to identify professional goals, personal aspirations, purpose, and most importantly, traits that align with the company’s mission and vision. Understanding the deeper sense of purpose of every new hire, and existing employee, enables leaders and managers to create a meaningful and energetic work environment and company culture that attracts new hires and reduces attrition costs, leading to higher personal productivity.

Blind hiring is a very effective technique to help eliminate bias in the hiring process, allowing employers to select candidates on the basis of their skills instead of their backgrounds. Such techniques enable organisations to overcome biases and stereotypes that inhibit workforce diversity.

Tech companies need to be more open and accessible to the market so that their brand and culture is perceived as being globally relevant and diverse. Fact: TLA Women in Tech estimates that 745,000 workers are needed to stop the imminent UK tech skills timebomb. With so many vacant job openings in the digital ecosystem, businesses need to consider looking outside of their conventional circles to close the talent gap. Embracing diversity is the key. How can your business attract a range of talent and skills that will equip your organisation to compete and differentiate in the 21st century digital economy? How can you be a front-runner and kick start the diversity revolution?

Tech London Advocates is organising “Diversity in Tech” in London on October 6th, where I will be interviewing London's Deputy Mayor Rajesh Agrawal live on stage to discuss key issues relating to Tech Diversity in London.