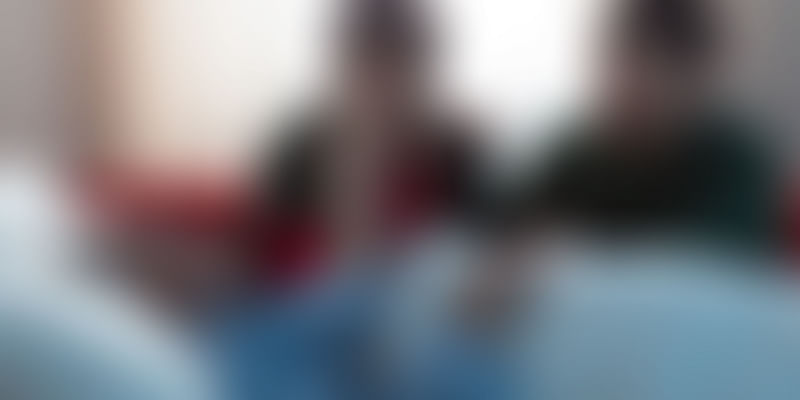 Foreign patients in super-speciality hospitals caught unawares by the November 8 decision have no way of exchanging fistfuls of old currency and blame hospitals for insisting on cash payments.

Sabbir Ahmad has a fistful of demonetised currency and is praying that someone can help him exchange it as his 12-year-old son needs an urgent heart operation to correct a rare condition for which they had come all the way from Sylhet in Bangladesh in the first week of November.

At the same hospital, Patricia John P. from Kenya has a similar problem — she has to find resources to fund her elder sister Juliet’s complex bypass surgery.

Both the patients’ caretakers are running from pillar to post to get the demonetised notes exchanged as the well-known heart speciality hospital in Bengaluru is not accepting the Rs 1,000 and Rs 500 notes after Prime Minister Narendra Modi’s November 8 announcement banning higher denomination currency to combat corruption and black money.

Ahmad and Patricia had landed in India in the first week of November for scheduled surgery appointments. Both had changed their country’s currency upon arrival and have no other money left.

“I have Rs 1.12 lakh worth of old currency as the hospitals here insist on cash payments but after November 8, they are not accepting this currency. I cannot get it exchanged from banks as I am a foreign national and don’t have an Indian account to deposit the old money,” cries Ahmad helplessly. He has very few Rs 100 notes and if nobody comes to his aid, he will soon run out of money to meet his daily food bill.

These are not isolated cases — there are at least 50 more such people who have been left high and dry. Some of those who were lucky enough to arrive and have their surgeries completed before the announcement have found that their luck has now run out — hospitals will not discharge them if they do not pay in lower denomination currency or by wire transfers.

Demonetisation has hit medical tourism hard as neither the hospitals nor the government is coming to the rescue of patients who have been caught in the midst of a national crisis.

The hospitals are brazen about the patients to the extent that the COO of a hospital told YourStory, "We have already advised all foreign patients arriving for checkups or for surgeries about the demonetisation move by the Indian government. We have told them to exchange money in lower denominations when they arrive. As for existing patients who have been caught up in this unfortunate hour, we have counselled them on how best to make alternative arrangements. This includes wire transferring money from their relatives back home directly to the hospital accounts or themselves through Western Union. They can also use their international credit and debit cards," adding,

"We are not in a position to accept demonetised currency either from Indian or foreign patients and there is no question of helping them get it exchanged as there is no such instruction from the government to banks."

Incidentally, to benefit stranded foreign tourists, banks have been advised just this week that they can exchange up to Rs 5,000 of the old currency per person upon showing their passports.

This relaxation may not be of great help to foreign nationals here for medical reasons as the hospital charges are anything between Rs 1.5 to Rs 5 lakh per patient depending on the ailment and procedure. “All the money we were carrying has now become dead money. It is the hospitals who are to blame as they insist only on cash payments,” says another patient from a South Asian country. Earlier, these hospitals known for their super

“All the money we were carrying has now become dead money. It is the hospitals who are to blame as they insist only on cash payments,”

says another patient from a South Asian country.

Earlier, these hospitals known for their super specialities were gladly accepting cash in Indian rupees from foreign nationals. Their preferred option has now become a liability for these patients who spend monies to come here from far off countries.

“The doctors here are telling me that most Bangladeshis have relatives in Kolkata and asking me to find ways of getting the cash exchanged by contacting them. I honestly do not have anyone. We also need to get back to our country as I am a farmer and do odd jobs. We are not rich tourists to afford to lose one lakh in Indian currency and get more from our savings,” says Ahmad.

For people like Ahmad, commission agents are lurking in the shadows, offering to help. They are willing to exchange demonetised notes for a 20–25 percent commission but Juliet is afraid of playing into their hands. “What if I get cheated?” she asks, not willing to take any chances.

The Indian medical tourism industry has been growing every year and mostly caters to citizens of South Asian, Middle Eastern, and African countries.

The Indian medical tourism industry is expected to more than double from $3 billion last year to $8 billion by 2020. A study by CII-Grant Thornton reveals India has the second largest accredited facilities after Thailand and cost is a major driver here. Bangladesh and Afghanistan dominate the inflows at a value index of 34 percent. “There is a lot of opportunity from the Gulf, African, and CIS states,” the report adds.

The Medical Tourism Market Report, 2015, found that India has one of the lowest costs and highest quality among all medical tourism destinations. It offers a wide variety of procedures at about one-tenth the cost of similar procedures in the US. Those on the waiting list in the UK’s National Health Service also come down to get procedures done as there is a huge waiting list in their own country.

In 2012, 1.71 lakh foreign patients travelled to India. In 2013, the number went up to 2.36 lakh and in 2014, 1.84 lakh patients travelled to India. The number fell due to the global recession but is expected to increase in the coming years. Indian hospitals are also preferred due to continued treatments post surgery too due to advanced telemedicine facilities they offer.

But, doctors say it’s not only foreign patients who have been affected by demonetisation — Indian patients too are suffering the same fate. “For urgent surgery requirements, we are issuing letters to bank managers to transfer Rs 50,000 directly to the hospital’s account from the patients’ accounts to take care of medical emergencies,’’ said a doctor at a prominent orthopaedic and trauma hospital in Bengaluru.