What is one of Indonesia’s unicorns doing in India 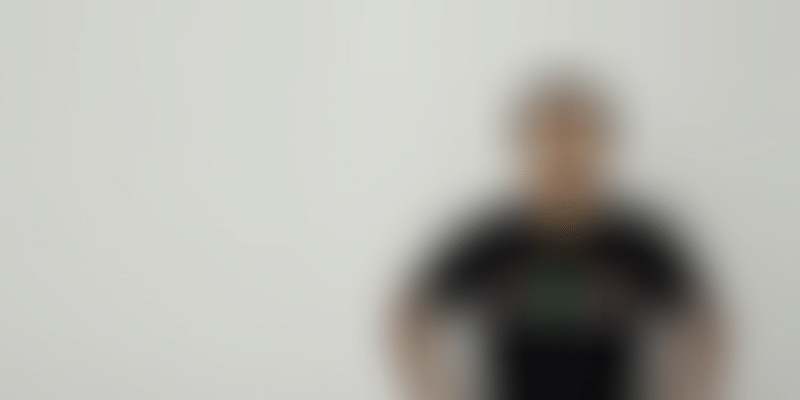 There is a different kind of vibe in the newly furbished GO-JEK office in Bengaluru. After all, one of the biggest startup businesses of Indonesia just set up its engineering base in the city.

The man of the hour, GO-JEK founder and CEO Nadiem Makarim, sits at the conference table along with the founders of Indian startups he has acquired.

In Q4 2015, the on-demand services behemoth had acquired web-applications and devops startups C42 and CodeIgnition. These were followed by the purchases of healthcare startup Pianta and, more recently, Pune-based Leftshift technologies.

Today, the founders of these startups are core members of GO-JEK’s tech leadership. Having worked with these startups as technology contractors, Nadiem says that it was these acquisitions that led them to the decision of making India their engineering base.

This tech aggression seems like the need of the hour, with the company witnessing exponential growth that no one, including GO-JEK’s investors, saw coming. From the launch of their app in 2015, the firm quickly scaled to 26 million downloads, completing 100 million bookings (till Q2 of 2016) and spreading their wings across 15 verticals from food couriering to home services.

And all wasn’t well.

This fast-paced scaling catapulted into complaints about the app framework. In an earlier interview, Nadiem was quoted saying that the company grew so fast that they lost control of how many people downloaded their app, grossly underestimating their own growth rate.

But don’t take them lightly. Having already scaled to a team of 109 engineers, Nadiem says that they’d allow only the best of the best to be a part of the regime. To quantify it, he says,

“Only five percent of the total applicant base really makes it to the grind.”

In addition to their in-house strength, the company continues to work with 15 technology contractors, and Nadiem’s answer to any kind of acqui-hiring is straightforward. He says,

The philosophy is simple - we will continue to grow either through acquiring or organic hiring.

Going to his roots

So, how did a business that was started on the sidelines grow into a well fed multi-sectoral giant in Indonesia? The answer lies in Nadiem’s journey.

After his stint in Brown University, Nadiem joined the consulting behemoth McKinsey & Co. There, he kick-started an initiative under the name Young Leaders of Indonesia. The initiative was not just a step for him to learn about the world of entrepreneurship, but also got him into the prestigious Harvard Business School. This education paved the way for his journey into the startup world.

After a stint of building Rocket Internet in Indonesia, Nadiem tried his hand at several ventures. Most failed, but, surprisingly, GO-JEK stuck.

While in Indonesia, he did quite a bit of travelling through indigenous bike taxis called Ojeks. Not relying on them solely for transportation, he also used the taxis for services involving buying food or even delivering couriers.

And that seems to have struck a chord, prompting Nadiem to look into opportunities in the space.

Starting up, the idea was to channelise the market by introducing a call centre, requesting ojek drivers to pick up customers on-demand and transport them. At that time, he did not quite realise the potential of what he was building. The company managed quick organic growth.

Things, however, formalised in 2014 with the entrance of Uber and GrabTaxi; the latter a firm run by his good friend at Harvard and now arch-rival Anthony Tan. When GrabTaxi (now called Grab) was planning to enter the bike taxi market in Indonesia, they had a cumulative funding of $250 million, while GO-JEK had only $2 million in investments.

Things quickly changed and investor interest started peaking. Some attention also came the way of GO-JEK, and Nadiem knew that this was a wave he wanted to ride.

Being a call centre service up till 2014, GO-JEK quickly moved forward with the launch of their app in 2015, aggressively taking the stance of a mobile-first company.

Today, GO-JEK claims to be an Indonesian market leader across several of their verticals - Go-Car (launched in April this year); Go-Food (food delivery); Go-Mart (online shopping); Go- Send (their courier service); Go-Box (their courier service for large scale businesses); Go-Clean (home services); Go-Med (medicine prescription delivery) and many more. The company is aggressively pushing their wallet Go-Pay, currently in the user acquisition phase, with plans to open it to the market in a few months.

The closest business model we come to is China’s WeChat, but unlike WeChat, here we also own the complete supply chain of the products endorsed and provided on our platform.

In August this year, the GO-JEK group closed a massive funding round of $550 million, valuing the company at almost $1.3 billion. This is the largest ever valuation for an Indonesian technology startup.

The new round of funding was led by KKR & Co. and Warburg Pincus LLC, with the likes of Sequoia Capital, DST Global and Singapore-based NSI Ventures already among GO-JEK’s existing investors.

And why not? With a strong network of more than 240,000 drivers across 15 Indonesian cities, the GO-JEK app has seen more than 26 million downloads and 100 million bookings since its launch.

To provide an idea of the company’s growth, in December 2014, the company was a network of barely 600 drivers, with 16,000 customers and 70 corporate clients. By the end of 2015, the firm claimed to be pushing out 340,000 orders a day. That is nothing less than a massive leap from where they started.

A simple formula for success

Explaining the reason for the upswing, Nadiem comments,

You see, we weren’t ever teaching people to do something new. Rather, the best way to put it is that we were optimising the way these people did it.

Using ojeks was always a big part of Indonesian culture, and GO-JEK believes that they just added a layer of convenience to it. This is quite contrary to Indian markets, where players had to push customers into habituation.

However, with such scale, Nadiem still believes that they will be maintaining their focus on Indonesia. He adds,

The Indonesian market is huge, with the per capita spend and mobile penetration being extremely high. Higher than most South-Asian markets. Looking at this opportunity, I am sure that, eventually, there will be more and more billion-dollar companies entering the market. At that point, we would like to hold on to our competitive edge, while being real market leaders in the segments we function in.

And Nadiem lays it down simply that there have been just two basic things that have led to GO-JEK’s success – their team and the innate culture of taking risks.

The news of GO-JEK opening its engineering centre in India comes as proof of the strong technology talent pool that the country has to offer. After biggies like Twitter and Ebay announcing their exits, the global unicorns seem to be milking the technology base of the world’s second largest startup market.

We can, therefore, say with confidence that good times are down the road!