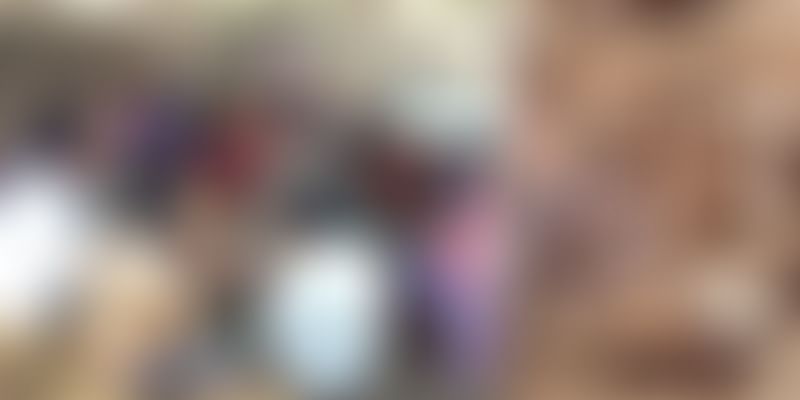 Going through power cuts can be so excruciating, isn’t it? Well, some of us don’t even have to experience them, thanks to the omnipresent inverters. Most of us city folks do take basic facilities like electricity for granted, so much that we can’t fathom a world without them.

The lack of electricity and no source of lighting has pushed many rural and urban households into poverty. Many villages, small towns, and talukas still remain in the dark today and have little opportunities left with them to make for a better living.

One such case is the story of the villagers of Gotiguda, a small village in the Raygada district of Odisha. Deprived of electricity, the village is in a state of destitution and poverty. The villagers are highly skilled craftsmen who depend on Dokhra metal crafts for their livelihood. However, without electricity and lighting, they are unable to produce enough of their craft and thus struggle to make ends meet.

According to the recent Census figures, about 43 percent of the rural households still use kerosene to light their houses. And there are around 11 lakh rural households in India with no source of lighting whatsoever.

To help fill this void and help the villagers of Gotiguda lead better lives by lighting up the village, the Happy Light Project Foundation (HLPF) is working towards electrifying the households of the village. HLPF feels that access to electricity can transform their lives. They will be able to work longer, produce more and thus earn more. Electricity would also help improve the quality of their lives. The villagers of Gotiguda are hardworking and willing to put in the effort to achieve a better life. All they need is the opportunity.

The non-profit organisation was founded by Calvin Pinto, Philip Thomas and M. Kishan, with backgrounds in e-commerce, investment banking, and branding, respectively. The organisation is working on a mission to electrify rural households and also conduct poverty alleviation projects in villages such as Gotiguda.

How electrification will help

The Happy Light Project, which is working in collaboration with Mahashakti Foundation (MSF) and TERI (The Energy and Resource Institution), plans to set up a solar micro-grid, 54 house lights, three street lights and also provide a polishing machine to the villagers.

The members of the Happy Light Project, who have interacted with the villagers, feel that without proper lighting, they are unable to work for long and thus are unable to produce enough craft. “Moreover, without electricity, they cannot use a polishing machine and thus sell unfinished crafts at cheap rates,” says Calvin.

The way forward to a sustainable solution

The committee members will collect a weekly electricity charge from each household and deposit it into a bank account created in the committee’s name. The charge collected will be lower than the amount usually spent on kerosene. This along with the increased income from the sale of product will ensure that the charge is not a burden.

The Happy Light Project Foundation is responsible for the overall coordination and direction of the project. Through a crowdfunding campaign, the foundation is mobilising funds for the project.

Upon the success of the Gotiguda project, the foundation is set to look at other villages that need electrification. The foundation hopes not just to electrify such households and villages, but also wants to ensure that the villagers lead sustainable, independent lives within their villages. “After talking to the villagers of Gotiguda, we realised that along with electrification, we also want to provide and support them with the means to self-sustenance. This has shaped our approach and vision for the future projects,” says Calvin, as he talks about the foundation’s future projects.