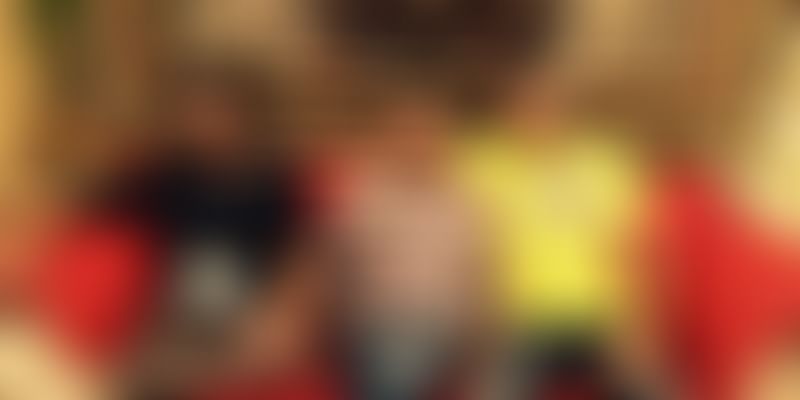 At a time when questions are being raised about foodtech and delivery startups in metros, many in Tier II cities are boldly venturing into this space. One such startup, Morning Varanasi, is delivering breakfast essentials to homes.

For those living in cities like Bengaluru, Delhi and Mumbai, terms like 'home delivery', 'hyperlocal' and 'foodtech' have now become passé. And now, many living in Tier II and III cities too are slowly adapting and getting used to the idea. While questions are still being asked about the unit economics of such startups, nobody can deny the convenience they provide.

It was this exact convenience Ritesh Tiwari, Saurabh Upadhyay and Kartik David were looking for, themselves.

A 27-year-old software engineer with over four years of work experience, Ritesh explains:

“While going to the store to buy things for our household someone or the other from my locality used to ask me if I could bring things for them too. They generally were old people or people who were busy with their morning routine and just couldn’t find the time to go the store. Everyone was looking for a convenient way to get whatever they needed, delivered home. It was then that we decided to start the app Morning Varanasi.”

The app delivers breakfast essentials like bread, milk, eggs and other groceries are delivered to people in Varanasi between 7 and 9 am every day. Ritesh, Saurabh and Kartik are childhood friends. Mahendra Singh, who resides in their locality, helped in building up the network of delivery boys.

The team launched the app this August and claims to have over 1,200 orders in a month, with a turnover of close to Rs 1 lakh. The app works similar to any delivery app, where people can download the app, select the breakfast essentials they need, and it is home delivered.

The team charges a fee of Rs 10 per order and the minimum amount of order should be Rs 40. The orders can also be placed in advance. In order to cross the costly hurdle of hiring delivery boys, the team has tied up with newspaper hawkers, who charge a nominal fee for delivery.

Apart from this their parent company Explore Banaras Techno, the team also builds websites and apps for people in Varanasi, Lucknow, Mumbai and Delhi, and claims to earn a revenue of Rs 60,000 per month. This revenue helps Morning Varanasi sustain itself.

“The advantage of this is they are punctual and know every address in the city,” adds Ritesh.

The age of Tier II and III cities

The hyperlocal delivery isn’t a new phenomenon. While platforms like Grofers tried and burnt their hands venturing into Tier II towns, local players like MarketWarket are bullish about the space. Another startup that is focussed on morning deliveries is Pune-based RainCan.

It was a matter of time before several Tier II and III cities joined the e-commerce race. With the increasing breadth of Internet and smartphone reach in the country, the penetration of e-commerce is believed to grow at close to 51 percent, even in several deep pockets. As of 2013, there were close to 21 million active mobile users in rural India.

However, raising funding in Tier II and III cities is not an easy task. There is widespread belief that, unlike metro cities, the ecosystems in small towns are restricted to limited infrastructure, dearth of talent pool, unawareness of the market competitions, and smaller client base. Meenakshi Sundaram, IDG Ventures, emphasises that strong angel network, mentoring startups in those areas, and supportive role of incubators and accelerators are the need of the hour to elevate the ecosystem.

Organisations like TiE, however, are looking closely at Tier II and III cities and working to building a stronger ecosystem and network there. Some of the upcoming regions are Coimbatore, Indore and Chattishgarh.

The team at Morning Varanasi aims to launch their app in all major cities of Uttar Pradesh and are in the process of getting out their iOS version.