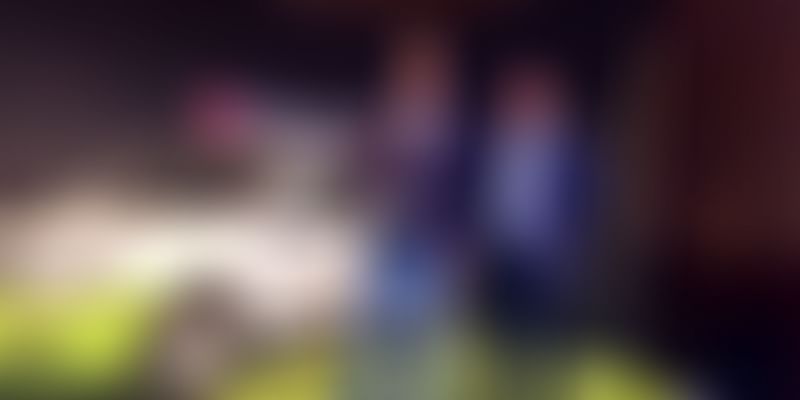 Ola Play will be live in Bengaluru, Mumbai, and Delhi for all Ola Select customers in a week. In three months, it will be available on all Prime rides.

“Cars were initially built for the drivers. But with ride-sharing, the control needs to be there for the passenger and Ola Play works along that.”

Ola Play also has an open platform for partners to play with so that developers can build enriching experiences for the customers. With this integration, the idea is to give the control to the customer rather than to the driver.

“We have 60 million minutes of customer traffic and we want to make your Ola ride better than your personal car ride. There is room to do so much in each travel,” says Bhavish.

The idea is to bring Wi-Fi, music, navigation, car sound, and temperature, among other things, under the control of the passenger. Ola Play’s hardware has been built in partnership with Qualcomm.

With Ola Play, one can choose to look at different locations, visit landmarks, read eBooks, watch video content, and even decide on places to shop at.

The system works 24/7 and only goes on deep sleep mode during the night when synchronisation takes place. The car intelligently uses passenger needs over several different rides and customises rides accordingly. Ola has a deep penetration of the market and is believed to have 75 percent of the market share. The cab aggregator is also present across nine categories — Mini, Micro, Prime, Share, Shuttle, Auto, Lux, Rentals, and Outstation.

As of 2015, Ola had raised over $1.3 billion, and claims to have grown more than threefold since April last year. However, according to the RoC data filed by the company, they suffered losses of Rs 796 crore in the last fiscal year. Despite this, Raghuvesh Sarup, Category Head and Chief Marketing Officer, Ola, believes that the future looks bright for the unicorn.

“Personalisation is super important, and eventually, that’s where we will go even from a tech point of view, making it easy for you to personalise the app the way you want it,” says Raghu.

This launch follows in the footsteps of Uber, which had partnered with Spotify in 2014. The integration was present on Uber and Spotify and was available on all Uber and Spotify Premium users on iOS and Android.

It has been a rather interesting year for taxicab aggregators. From government and transport department hassles to the surge pricing dilemma, the list is simply endless.

But one of the biggest curveballs the industry saw was the Uber-Didi deal in China, after which speculation about how Ola handles the shift has been rife.

Since then, Ola has been hard at work — be it launching different categories or working on partnerships, the company has left no stone unturned to fight the San Francisco giant. IoT seems to be the next item on the list.

The current IoT ecosystem in India consists of around 120 organisations from across the value chain, and in the coming years both consumer and industrial applications are expected to drive overall IoT growth.