5 podcasts that all entrepreneurs should be listening to 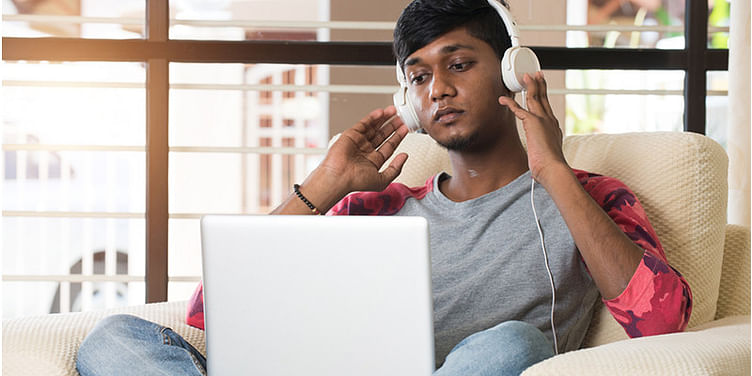 The life of an entrepreneur is a busy one. Working nocturnal hours, sacrificing weekends to the desk, and running on a constantly busy schedule leaves little or no time for introspection and self-growth. However, as the popular saying goes, growth stems creativity, which in turn leads to innovation. And what is entrepreneurship, if not collective innovation?

Learning stems from experience, which need not necessarily be yours. We seek inspiration from the valid and in turn, validity from the established. But with an entrepreneur’s schedule, it is difficult to dedicate that extra hour to watch an inspiring documentary, let alone read success stories and advice columns. But there is a quick fix to this dilemma.

Podcasts, an episodic series of digital media files a user can set up so that new episodes are automatically downloaded via web syndication to their computers or portable media players. The medium allows the user to listen to the advice, experiences, and developments of the entrepreneurial world while driving to work, checking files during lunch breaks, or even whilst lying in bed before going to sleep.

As an entrepreneur, here are some recommended podcasts you should check out that will help you on your journey.

(Disclaimer: This list is based on the highest ratings and reviews on iTunes)

Hosted by Alex Blumberg, Co-founder and CEO of Gimlet Media, the listeners are guided inside the tangible walls of a startup where the entire process of ‘starting up’ – from funding, to networking, to establishing – is all relived step by step. Every season has its listeners following a new startup from implementation to execution, with Alex discussing the various challenges and risks involved in the process. The recurrent themes explored in each season revolve around achieving work-life balance, how to pitch to potential investors, tips to conduct fundraisers, handling team conflicts, and more. Through this, active and potential entrepreneurs receive a kind of first-hand training and guidance to the entire process of starting up and the various bumps that appear along the way.

A less dramatic version of the reality TV series Sharktank, The Pitch is one of the most popular podcasts. In this, early stage startups pitch the idea behind their company, following which three investors give real feedback and talk about whether or not they would invest in the same, and why. In every episode, a new startup founder is asked to pitch their company to the panel, followed by an in-depth conversation between the two parties on how it can be executed. The podcast almost acts as a ‘behind-the-scenes’ series with inputs from legendary angel investors and venture capitalists on what they actually look for in a startup before they invest.

Former venture capitalist Jeremy Colonna works as an executive coach, helping his listeners get an insight into the psychological issues that all startup founders have to face in establishing and leading a company. A bi-monthly series, in each episode he calls in a new startup founder and asks them to narrate all the emotional struggles they had to go overcome in their journey and how they managed to power through it. The series aims to show the world of entrepreneurship as it is, at the heart of its imperfect glory.

For all entrepreneurs who are looking to be funded, this is the podcast for you! Hosted by Harry Stebbings, Founder and CEO of Making Solutions, the series offers tips and tricks that listeners can incorporate while pitching to potential investors. These are guaranteed increase their chances of being noticed and funded. With over 1,00,000 listeners, it is considered the world's largest independent venture capital podcast. The series also guides individuals aspiring to join the venture capitalist industry on how to get noticed from the crowd and increase your chances of employment. Along with this, it also invites various venture capitalists to talk about the current trends and predictions, along with their analysis of the current technology market.

Andrew Warner’s Mixergy demonstrates a series of probing interviews and hard-hitting confessions from some of the industry’s greatest names. His guests have included business tycoons like Shark Tank’s Barbara Corcoran and Reddit’s Steve Huffman. These famous individuals then proceed to cite their own examples on how they ‘made it’, their various successes and failures, and what it was that got them through their many obstacles.

Each of the podcasts contain stories and advice-pointers that are so powerfully inspiring that they manage to leave a lasting effect, despite the absence of any visual aid accompanying them.

Can you recommend some more podcasts for our readers? Let us know in the comments below!