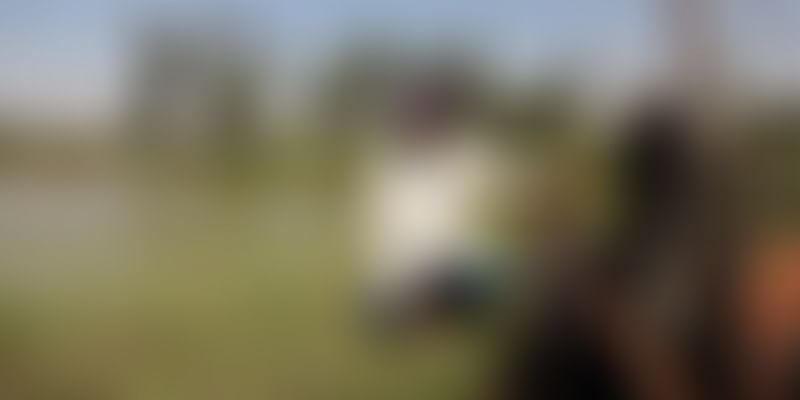 The northern region of India is facing drought for the second consecutive year. The rainfall deficit is hovering around 35 percent in Punjab and Haryana, and data shows that the two states have consistently registered below normal rainfall since 1998, which has put a severe strain on their groundwater resource. Last year, the rainfall deficit was over 50 percent and Punjab had asked for assistance from the Centre to the tune of Rs 2,350 crore due to a 15-percent rise in irrigation costs; deepening of dried up borewells also added to this. While the state bought extra power, farmers bought extra diesel to extract groundwater. Thus, the input cost of cultivation went up leading to farm distress and suicides.

Punjab was gifted with rich soil and decent rainfall in addition to large riverine regions that nurtured the crops. Dug wells filled the gap during the dry season. The introduction of new technology to extract groundwater helped expand the irrigated area.

There was a multi-fold increase in crop production and farm incomes but the declining water table has now set a reverse trend in motion. Several blocks of Haryana and Punjab are in trouble while attempts to diversify with less water-intensive crops have failed.

In fact, the deteriorating groundwater quality is also making people migrate to better-off areas, a rerun of times when tribes moved in search of water. At Sandharsi village in Patiala district, good quality groundwater is available only at a depth of over 1,000 feet, which only a local distillery has been able to access.

Farmers have to make do with the water available at 600ft but it impacts productivity. Because of this, many original inhabitants of the village have sold off their lands and migrated to other areas of Punjab in search of better water and soil. Former village sarpanch Surinder Singh gave up farming after his all four borewells failed. He currently grows eucalyptus trees, runs the family flour mill and sells milk.

But Sandharsi also has farmers who refuse to be pinned down. When pushed against the wall, they decided to do something more than selling off their land and leaving.

Ponds can harvest rainwater and cushion against flooding

Harmesh Singh has two borewells, but for six months he relies on a pond spread over half an acre on his farm. Once filled during the monsoon, the pond holds over 37 lakh litres—enough to irrigate 13 acres of paddy fields twice. The consumption of diesel for irrigation also drops by one fifth as the pump needs less power to lift pond water. This is a boon especially when the monsoon is delayed and the power supply for irrigation is erratic. In case of heavy rains, the pond again cushions the impact of flooding.

The idea has also spread to neighbouring villages, and around 15 farmers are now known to have ponds in their fields thus reducing the constant dependence on government subsidy and the bore industry for irrigation. What’s more important is that the initiative has come from individual farmers without any push from the government or non-government organisations. Ask Harmesh, one of the first to dig a farm pond, about how he got the idea and he responds with another question, “Isn’t this common sense that a farm pond will help with irrigation?"

Sadly, this common sense has become a rarity.

Ponds and wells have always been a lifeline of Indian agriculture. As groundwater became accessible, these long-serving companions were turned into land encroachers overnight and were filled up to increase the cropped area. Today, dug wells are beyond redemption as the water levels have receded to great depths, but ponds continue to work well and are irrigating fields in many parts of the country. In fact, they are more reliable in present times of erratic rainfall patterns.

Other states adapt in a similar manner

Lessons can also be learnt from Dewas district in Madhya Pradesh, which turned almost barren as borewells resulted in failing groundwater levels. Today, 6,000 ponds in the district irrigate two crops a year. The movement, inspired by a single farmer digging a pond in his fields, got the support from the state Agriculture Department, which started holding training sessions for large farmers who owned tractors and could afford to excavate ponds. Around 600 such ponds were dug without any financial support from the government.

Later, a subsidy was announced to take the initiative to small and marginal farmers. The chance of fake beneficiaries was little as the big farmers had already got ponds for themselves. The water harvesting structures also helped raise the groundwater table thus reviving many a defunct borewell that had dried out.

In Marathwada, Maharashtra, the government has now launched a farm-pond scheme on a large scale to permanently deal with scarcity.

The Centre, for its part, has recently formed a committee to suggest the restructuring of Central Groundwater Board and Central Water Commission. The main purpose is to hasten the process of aquifer mapping and irrigation reforms to reduce the dependence on an increasingly-erratic monsoon. While aquifer mapping will quantify the country’s groundwater, irrigation reforms are meant for last-mile connectivity through decentralised water harvesting structures like farm ponds and check dams besides water-efficient irrigation technologies including sprinklers and drip systems.

But instead of looking for government schemes, can the farmers themselves take up building farm ponds? The few farmers at Sandharsi and its surrounding villages are testimony to the resilience that comes with independent initiatives. Instead of doling out subsidy schemes, the State government can facilitate field visits for other farmers to Sandharsi and Dewas. Farmers could spare a few bighas land to collect rainwater, which will also help recharge defunct borewells.

It isn't a quick task but also not one as costly and distressing as deepening a borewell every few years would be. Many commentators appreciate how Punjab and Haryana have always had green fields despite the amount of rainfall they get. They don’t acknowledge the rumblings of the vault down under. Farm ponds will make this region water surplus in the true sense of the term.