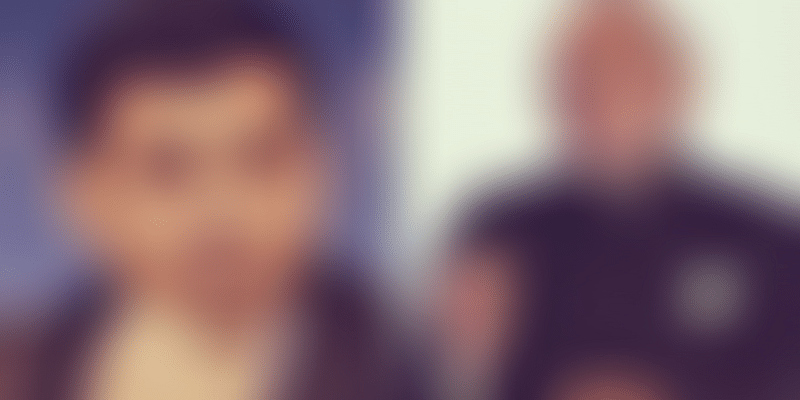 ATMs across India turned into prime socialising spots on Wednesday night as Prime Minister Modi surprised everyone by announcing the government’s decision to demonetise the Rs 500 and Rs 1000 notes. Tensions were high as the clock ticked towards midnight, at which point our Rs 500 and 1000 notes would lose their monetary worth in the wake of the government’s attempt to fight the reality of hoarded black money.

In his official statement declaring this dynamic move, Modi said it was a government initiative to curb “financing of terrorism through the proceeds of fake Indian currency notes and use of such funds for subversive activities such as espionage, smuggling of arms, drugs, and other contraband into India.” Primarily, it aims to hit hard at the existence and circulation of black money in the country.

Considering the short notice of this initiative, the government has allowed a few options into how Indians can make use of the remaining value of the notes. One of these is the provision for Indians to exchange their existing Rs 500 and 1000 notes at bank branches for smaller or larger denominations for the next couple of months. They ruled that it isn’t necessary for these individuals to have an account in the said bank, thus enabling lower-income groups to make use of the same. Another is their launch of the new Rs 2000 note to replace the Rs 1000 one, while the Rs 500 note is set to get a makeover.

Although the move has been applauded by many who have spoken out against the existence of black money in our country, short-term disruption has broken out across the country, considering the suddenness of the move. The banks, which resumed operations only yesterday, were jam-packed, and many who stood in line for hours, cutting work-hours and otherwise, left in exasperation. In a side-lined move for cashless services to make hay while the sun shines, many e-commerce companies are temporarily refusing to offer the ‘Cash On Delivery’ option as well. Even though most officials associated with the national banks have hailed this a “super move” on Modi’s part, many economists are doubtful of the effectiveness of the measure and the results it will garner in the long-run.

The first to top the list is ex-RBI Governor Raghuram Rajan, who shocked the world by his decision to resign from his post and not serve a second term, earlier this year. According to The Quint, despite Rajan’s reservations on the demonetisation of the Rs 500 and 1000 notes while he was still in office, Modi, with the support of a few senior bureaucrats went ahead with the radical move anyway.

This is not the first time Rajan has voiced his doubts regarding the efficacy of demonetisation of the select currency. In a speech he gave in 2014 regarding demonetisation, he said that although it is regarded as an attempt to eradicate black money, “clever people find ways around it.” One of the ways they do this is by dividing their hoard into smaller pieces, thus making it easier to exchange. Another is by converting it into gold, making it much harder to catch.

“You do find that people who haven't thought of a way to convert black to white throw it into the Hundi in some temples. I think there are ways around demonetization. It is not that easy to flush out the black money. Of course, a fair amount may be in the form of gold, therefore even harder to catch. I would focus more on the incentives to generate and retain black money. A lot of the incentives are on taxes,” he said.

He added that more attention needed to be paid to the Indian tax system, which, “for the most-part, is quite reasonable.” The maximum tax rate on high income in the United States (in 2014) is 39 percent, with the additional baggage of state taxes. In India, the same is employed at only 33 percent. “We are actually lower than many industrial countries.”

Hence, there is no reason why Indians who are supposed to be paying taxes should choose to evade them. As to hitting hard at black money hoarders, he says, “I would focus more on tracking data and better tax administration to get at where money is not being declared. I think it is very hard in this modern economy to hide your money that easily.”

Many have wondered whether Rajan’s abrupt exit from the RBI had anything to do with the government’s prepping for the demonetisation. Sources told The Quint that the process to withdraw the two large denominations began “a few months ago” when Rajan was firmly in position and when the Modi government had not made its intentions clear on “paving the way” for his exit. Considering this, one may wonder whether Rajan’s reservations over the demonetisation move was the reason the government was unwilling to grant him an extension as the RBI Governor.

However, Rajan is not the only one with doubts regarding the recent government initiative.

“The impacts could be different depending upon sectors – deflationary in some while contractionary in others. This is a short-term risk for the economy which we would be tracking closely,” Aditi Nayar, a senior economist at ICRA told Economic Times.

Anis Chakravarty, Lead Economist at Deloitte, told Bloomberg-Quint, “Though clarity is unfolding on this, commodity transactions and general cash market transactions are likely to feel an immediate impact. Unorganised sector proceedings, including small trade market activities, will remain volatile in the short term.” Also speaking about the short term, India Ratings said that the sudden drop in money supply and rapid increase in bank deposits could adversely affect the consumption demand in the economy.

However, the government ruling is expected to yield great results in the long term according to other economists. “It is a well thought out move that can wipe out the stock of money generated by the parallel economy,” said A. Prasanna, Chief Economist at ICICI Securities Primary Dealership. Similarly, Murthy Nagarajan, Head of Fixed Income at Quantum Mutual Fund, said, “This is a long-term positive for the debt market and may lead to repo rate cut of 50 basis points.”

Modi’s demonetisation policy came soon after it was noted that the circulation of high-denomination notes had far outpaced growth in the nation’s economy or gross domestic product. According to Hindustan Times, considering the economic growth rate in the past five years, the circulation of Rs 1,000 notes expanded by 109 percent, while the economy grew by only 30 percent. Out of this, it was realised that the Rs 500 notes circulated 2.5 times faster than the GDP, thus proving the possibility of a large amount of unaccounted black money being hoarded in the country.