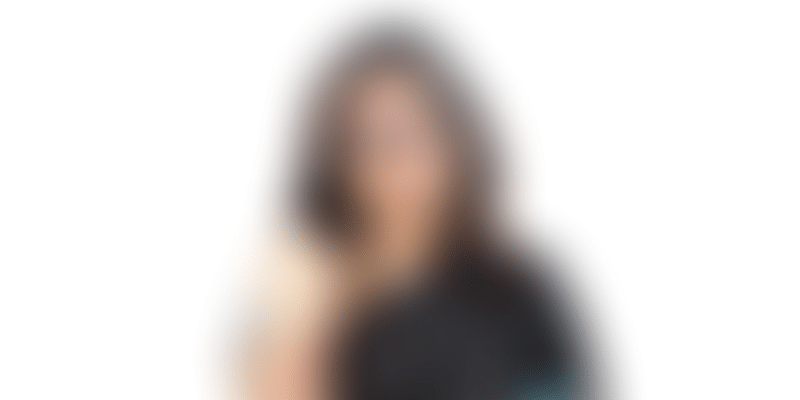 If Shah Rukh Khan’s dialogue “Itni shiddat se maine tumhe paane ki koshish ki hai ... ki har zarre ne mujhe tumse milane ki saazish ki hai (I have sought you with so much passion that the entire universe has conspired to bring you closer to me)” ever made sense in real life then it definitely does in Revathi Kulkarni Roy’s case.

Revathi was born to drive and she did not waste a minute in embracing her destiny. In love with driving she counted the days till she turned 18, and then enrolled for driving classes, which were rarity in the 1970s. In three weeks, she had learnt driving. Once she got her licence she was unstoppable and took to the roads of Mumbai.

Her love for driving continues, unabated. No wonder, then, that she unabashedly calls herself the “best driver.”

Revathi’s passion manifested in multiple ways and primary among them was ForShe (pronounced for-she), the first women taxi service in Asia, started in 2007, followed by similar initiatives such as Viira in 2010 and the most recent one being HeyDidi, a women-only platform focussed on providing delivery be it food, medical reports to even groceries, via an app.

Awarded the ‘Women Transforming India Award’ in 2016 by NITI Aayog, Revathi, at 56, still enjoys driving, and as a seasoned driver and entrepreneur has weathered heavy storms.

Being behind the wheel

Revathi’s life has revolved around cars. When she was a teen, very few people had cars, and if they did, it was mostly an Ambassador or a Fiat. Revathi’s father, who owned an Ambassador, allowed his daughter to drive it a month after she learnt driving. “In hindsight, I feel my dad made a very bold decision. Since I had lost my elder brother in a car crash, it must have been a tough choice for my father but he never stopped me from driving.”

While she completed her graduation and post-graduation in Mumbai in the early 1980s, she simultaneously took to car rallies in a big way. “Car rallies were extremely uncommon those days. These were all navigational rallies and women hardly ever participated,” she recalls

Her five-foot frame behind the steering wheel of an Ambassador definitely drew attention, but Revathi enjoyed every minute of it. Of the 70 rallies she would have participated in she lost only five. Such was her passion that even when she was pregnant with her first child, she was out participating in a rally.

It was only four years ago when she broke her hand that she took a break from the circuit.

From ForShe to Viira – multiple hats to don

Other than participating in rallies and working in the family business for seven years Revathi decided to turn to entrepreneurship. She used her driving skills to launch ForShe. A few years into it she sold her shares and went on to start yet another can service for women by women in Mumbai called Viira in 2010 with another serial entrepreneur, Preeti Sharma. A few years later she moved out and worked at Sakal, an independently-owned media business in Maharashtra and iCare Learning.

In 2007 on March 8, International Women’s day, ForShe was launched in Mumbai with just three cabs. “Our aim was to empower women to become commercial drivers but also to empower them with a skill.”

Two months before ForShe was launched Revathi lost her husband. This was a tough period for Revathi, but even in the face of this loss she ploughed on.

With no precursor or model to follow, each challenge called for quick solutions. Revathi recalls one such incident:

“To promote the service we would have the women drivers take the car around the city. Soon we began to hear that the cars were seen across Mumbai but without passengers. So my mother-in-law and sisters-in-law who were very supportive began to dress up and sit in the cab and be driven around. Soon we got out first customer and then things picked up from there.”

At a time when there was no cab service at all for women, ForShe provided a 90-day course in which lessons on self-defense were taught. “The girls who enrolled were from BPL (below poverty line) families. “The only incentive that we could provide was that your life can change if you learn and skill yourself; your economic condition can improve. And they used to be very excited about this idea. Also, we actually did it. It was not just on storyboard; we executed it,” says Revathi.

The number of cabs in the fleet increased as ORIX (a financial services group headquartered in Minato, Tokyo, and Osaka, Japan) did a strategic investment with ForShe. But the challenge was always to get women to drive, as it was a very new field.

Over nine years, more than 1,000 girls have been trained across Mumbai and Delhi through the various ventures Revathi has started or been a part of.

One of the important lessons that Revathi has learnt through her journey is to not offer anything for free. “We made this mistake in our first year. But then we learnt that unless the women pay and we become a sustainable model progressive things will not happen. The girls pay some amount and we try and close the balance through CSR funds.”

Skill development has led to upward mobility and has helped the girls to pull their families out of BPL. “Because of one girl’s ability to earn Rs 15,000-20,000 per month, the full family gets benefited. About half of them have worked with cab aggregators, some have individual tourist taxi business, some are entrepreneurs, and some are drivers to families, and some bus drivers. The good part is they are all utilising their skill,” Revathi says.

Some of the success stories that she shares are of girls who have come to own 4-5 cars, something they had never dreamt of. “One of my drivers was able to make sure that her daughter was able to study and is today a veterinary doctor. She didn’t have Rs 50 with her when she came to me. I may have not made that much money but ROI is not always money, it can be gratification as well.”

As someone who has firsthand experience of the success stories that have blossomed over the years, it is no wonder that Revathi clubbed her passion for driving with women empowerment in her most recent initiative, HeyDidi.

Started this March, HeyDidi is an offshoot of Zaffiro Learning, co-founded by Revathi and Jagdish Gothi of Kamdhenu Stores in February 2016. Zaffiro provides employment to underprivileged women with necessary skills and training imparted to be licensed drivers, helps to procure the vehicle, and places them on the job, hence making them self-reliant and independent.

“I felt there’s a huge need for the last-mile delivery service, be it parcels or humans. Hence we started HeyDidi. Again there’s no platform, which is there for women. With e-commerce growing the way it is, this can really get traction. Bike taxis are not allowed in Maharashtra. We have made several representations to the government to allow us. We are hoping that this will be done soon.”

As of now they have enrolled about 300+ women and on the road about 30 girls in Mumbai and Bengaluru. By December they hope to have at least 1,000 on the road across 5-6 cities such as Pune, Nasik and Nagpur. HeyDidi enables the girls to get a loan and get vehicles in their name.

Come December and January, we will see how HeyDidi fares in rolling it out to women in these cities.

Meanwhile, the big question is how has Revathi kept at driving and social entrepreneurship for so long. Her passion and love for driving took her places many girls and women her age would have never even imagined. Doing something that no one had done before wouldn’t have come easy.

According to her, maintaining mental strength is the most important aspect that one needs to possess when treading into the unknown.

“If you are mentally strong and maintain a never-say-die attitude then you can weather all storms.”