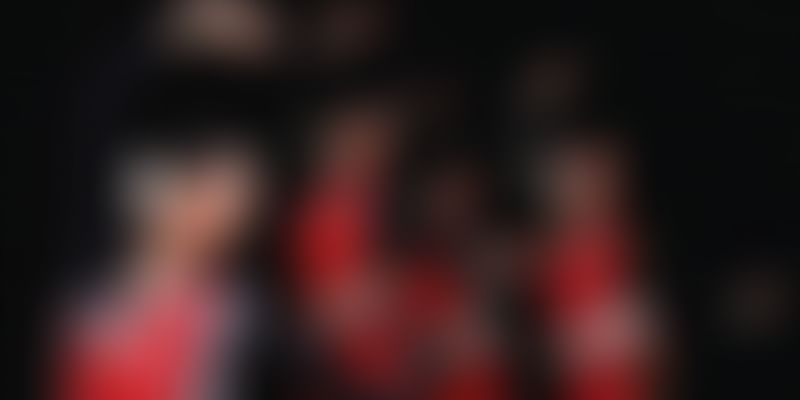 When I walk into Odissi danseuse Sharmila Mukherjee’s Sanjali studio, I can sense the quiet beauty and elegance of the dance form that permeates the atmosphere of the hall. To a side is an idol of Jagannath, lending a spiritual aura to the room. The bare floor seems to have absorbed the rhythmic tapping from dancing feet during hundreds of rehearsals and exudes a stillness that seems temporary. Awards and photographs from various shows, spread across different decades, adorn the walls. It’s a learning experience to engage in conversation with an accomplished artiste such as Sharmila and it is quite a pleasant hour that follows.

Sharmila’s introduction to dance was western classical - the ballet classes that she attended in school in Kolkata. As she grew older she was attracted to Indian classical dances and a turning point was when she chosen to play the lead role in Rabindranath Tagore’s Chandalika, a dance drama on the tribulations of an untouchable girl. Cultural tributes to Tagore abound in Kolkata during May, since it is the late poet’s birth anniversary month. Her performance in the show was much appreciated and Sharmila realised that dance was her path in life.

It was probably destiny that led Sharmila to her first Odissi recital shortly thereafter. Sharmila recalls, “This was in the early eighties and Kelucharan (Mohapatra) guruji was playing the pakhawaj for Protima Bedi at a rotary club programme. I was mesmerised by the way he was playing the instrument and by the fluidity and grace of the dance exemplified by Protima. Thus started my love affair with Odissi and I desperately wanted to learn from guruji.”

Only dancers who reached a certain level of expertise would be eligible for tutelage under guru Kelucharan at his residential programme in Cuttack. So Sharmila started perfecting her technique with Paushali Mukherjee, who was a student of the guru. Most of her free hours after college were spent learning the nuances of the dance and soon she was able to move to Cuttack, under the aegis of her guru to receive advanced training in the gurukula style of learning. Sharmila shares with a smile, “My parents were quite encouraging. They were probably so indulgent with me since I was the youngest and they kind of decided to let me do whatever I want.” After four years, in 1988, she had her rangapravesh and it was a dream come true, since her guru was there on stage, playing his pakhawaj for her.

After marriage, her husband’s transfer to Bangalore brought Sharmila to the city, which, unlike Kolkata, was not known for cultural vibrancy. Sharmila says,

But the positive is that I have seen the cultural landscape of the city evolving and I am glad I could contribute to the change.

Protima Bedi’s Nrityagram was already there but it was a residential programme far away from the heart of the city. When Sharmila set up Sanjali, her school of dance, young people got the option of learning Odissi in the evenings and weekends after school, college and work.” She started off with three students in July 2004 and today has over 100 students. As students learn from her and move on, Sharmila hopes they will help propagate the art and the future generations will have a far richer heritage than the current one.

Lyrical beauty and sensuality of Odissi

There are many more patrons for the dance today since people recognise the grace and beauty of Odissi, and it is no surprise that most of Sharmila’s shows are completely sold out. With many cultural festivals happening around the year, all classical dances—be it Bharatnatyam or Kuchipudi—and their exponents are getting a platform today.

Of course, dance is not a paying career and Sharmila feels performing arts degrees and efforts from both private and government institutions can help. Sharmila still meets people who say they are seeing Odissi for the first time. When she travels for shows abroad, she receives enthusiastic responses. When she performed at the University of Michigan few years ago, the members of the audience walked up to her after her performance to learn more about Odissi, since they were only familiar with the ‘Bollywood dances'.

Sharmila has taught dance and movement therapy at The Oral School for Deaf Children in Kolkata and Sheila Kothwala Institute for Deaf in Bengaluru and has choreographed and directed a few productions with hearing-impaired children in both the cities. She recalls a ticketed show she did with hearing-impaired children based on the Ramayan, where most of the audience did not even realise that the children could not hear. “It’s therapeutic for them, they tend to get restless, and the dance calms them and makes them more aware of their senses,” explains Sharmila.

Recipient of the Mahari Award 2016 for an acclaimed solo Odissi dancer, Sharmila has also won the title of Singar Mani from the Sur Singar Samsad and is a Grade A artist of Doordarshan.

Sharmila organises a festival called Pravaha as tribute to Kelucharan Guru every April. Last year, she performed ‘Sookshma’, an Odissi ballet based on a Kannada folktale. In 2017, she is planning a solo piece on Ramayan's Kaikeyi, who is a challenging character with shades of grey.

As I step out of the studio after meeting Sharmila, it feels good to know that our art forms are being treasured and carried forward with so much love and dedication.

Watch Sharmila Mukherjee and her team during rehearsal: