Why build mud houses when we already have 100+ storey buildings? 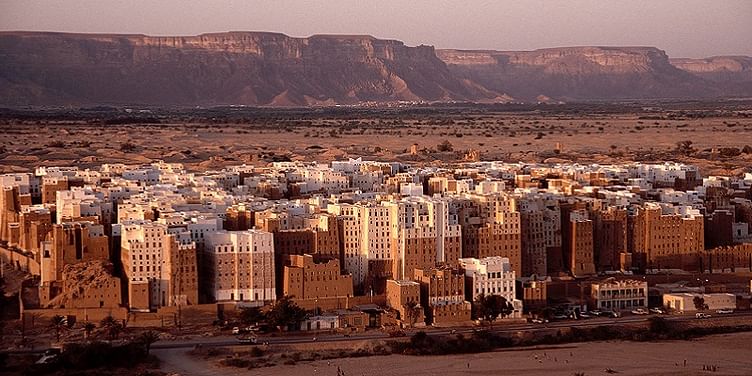 A mud building when we’ve already built buildings with over 100 storeys? As we march on after the Industrial Revolution, materials like cement for building are accepted as if they’re centuries old and the best for any context. If you go back in time, cement has a short history of about a century and we hardly know the repercussions while materials like mud are as old as the earth. As developed economies realise the drawbacks of centralised ecosystems, more and more efforts to decentralise are being made. But in ‘developing’ countries like India where we teach kids that mud houses are kachcha and cement houses are pakka, we’re possibly causing more harm in the name of progress.

India has a rich tradition in architecture and there is immense knowledge about building with local materials. There are a few prominent names like Late. Laurie Baker and Didi Contractor that come to mind when one speaks of eco-architecture, and even now there is a small but growing breed of eco-builders in the country. In this post, Sourabh Phadke puts together this delightful list of questions and answers for anyone who is interested in building a mud house.

Q: So how strong are these mud structures?

A: Earthen structures, though certainly not infallible, are much stronger than we would like to believe. Believe it or not, mud is a kind of concrete! When several grades of inert aggregates are held together by a binding material, it is referred to as a concrete. Earth concrete is bound together by the clay particles present in the earth. The ubiquitous Portland cement concrete (the stuff that “modern” dreams are made of) is just another type of concrete and not concrete itself.

Q: So how long do you suppose this building will last?

A: Well, one of the oldest structures still standing on the face of this planet is an earthen structure, a few thousand years old. Incidentally, the oldest cement concrete building still standing would be just over a century old! So one could be a bit skeptical about these new-fangled cement buildings instead! Will they last? Hmm? Without trying to undermine cement (which is an excellent material that needs to be used wisely) one simply wishes to question our beliefs. For if not thought out, processes turn into rituals, and our faith goes blind! So there’s absolutely nothing to worry about; building with earth is a time-tested strategy.

Q: But what if it rains (aha!)? What happens then?

A: Nothing much! You’ve probably heard it several times before, but a good hat (the roof) and a good pair of shoes (the foundation) will keep a mud house healthy, wealthy, and wise. We tend to think that mud structures turn into puddles when rained on, which if true would have been awesome to jump in, but sadly isn’t. One simply has to be careful that the roof prevents the rain from lashing on the walls (which would otherwise cause surface erosion) and that the subsurface water doesn’t creep up the walls (an impervious layer above the foundation suffices). That’s it!

Q: What about multiple storeys? Can I build taller?

A: Firstly, even before building anything, one should ask oneself, “Is it really really necessary?” If the answer still remains affirmative, by all means, go ahead. Yes, one can build several storeys in earth. One can easily build two or even three storeys in earth without much extra effort. One would simply have to make sure that the walls are strong enough to take such a load (which basically means that the walls’ thickness may have to be increased if loads are high).

Q: And the cost? This mud stuff must be cheaper, right?

A: In most cases, yes. Mud buildings will be cheaper than neo-conventional buildings but how cheap would be case specific. At any rate, we need to move beyond medieval money-based calculations. We must get real and universal, and talk about energy. How much energy we are spending on our buildings is a critical question. Financial calculations will fluctuate with location, subsidies, currency, and a host of other factors but energy will remain constant all over the planet. A megajoule here will be a megajoule there. A rupee here is not exactly a dollar there, is it? So let’s talk of the building cost in megajoules per sqft instead!

An interesting aspect that bears mention here is regarding the distribution of finances, i.e. the cash flow. Since we are building with local materials, local wisdom, and local (wo)men power, all the cash gets distributed locally in a decentralised manner. This is very unlike centralised processes based on industrially manufactured goods where all the money is siphoned away from the local economy. The pattern of this local distribution is also fascinating: about two-thirds of the money is spent on the labour while the remaining one-third goes into materials (this reality gets reversed in centralised processes which are materially biased)! Hence we are investing in people — a wonderful, renewable resource.

Q: And can I build with earth myself? I have no previous experience with construction.

A: People from all over the world have been building for themselves without any engineering or architectural degree for centuries! It’s only in the recent past that these specialised professions have come into being (and coincidentally enough, so have the troubles!) and we've surrendered to this responsibility. It’s the same way in which we believe that doctors are responsible for our health and school teachers for our education. We need to reclaim our lives! Of course, you can build your own mud house! Millions have done it and are doing it even as we speak. It’s just a matter of trying it out and is a life-changing experience to say the least…

On reading or listening to this argument, we often get a question: “How about building it in a jam-packed city like Delhi or Bombay?” Well, of course, you can’t do a mud house there but the idea here is to question what we so easily accept when it comes to construction. Are there better materials available? Can we source more things from our surroundings? Can we make the processes easier on ourselves and the environment?

These are some of the questions that Slow Tech wants to confront and if you want to discuss your ideas and experiences, do write in to us at [email protected]. Download the e-magazine here.