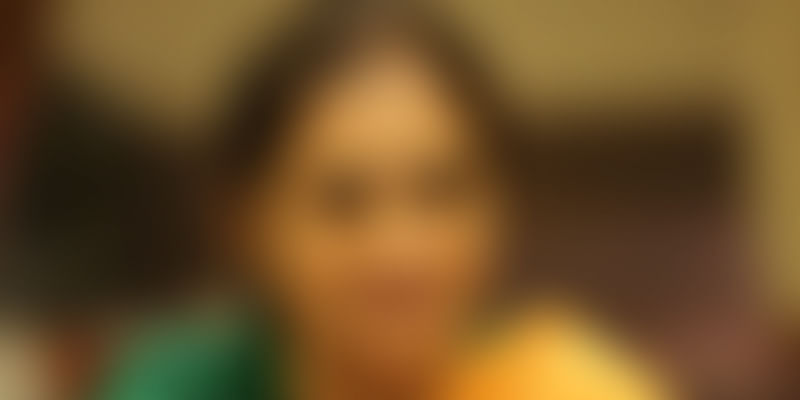 The two-day ThinkBig 2016 Summit at BIEC (Bangalore International Exhibition Centre) on November 14 and 15 was an effort to provide a platform to women entrepreneurs to interact with government officials, multinational corporate buyers, multilateral organisations, investors, and industry thought leaders. Organised by the Karnataka Government and the WeConnect International, a global network that connects women-owned businesses to qualified buyers around the world, the event saw Karnataka CM Shri Siddaramaiah and Shri R.V. Deshpande, the Minister for Large and Medium Industries and Infrastructure Development of Karnataka, encouraging women entrepreneurs.

SK. Ratna Prabha, IAS, Additional Chief Secretary to the Government of Karnataka, an enthusiastic advocate of women entrepreneurs who brought the event to India in collaboration with WeConnect International, launched the K-LAMP website along with Elizabeth Vasquez, Co-founder and CEO of WeConnect. K-LAMP has more than 200 registered members, 21 directors, and five office bearers in the association. This draws from the Government's plan to give a boost to women entrepreneurs in the Hyderabad-Karnataka region comprising Bidar, Yadgir, Raichur, Koppal, Bellary, and Gulbarga. K-LAMP (Karnataka Ladies Association and Manufactures’ Park) will be established on a one acre plot of land in II phase of Nandur, Kesaratagi Industrial area, Kalaburagi, with common facilities like an incubation centre, training centre, product development centre, testing laboratories and seminar halls.

Speaking at the event, Prabha said, "The government of Karnataka has taken the initiative to encourage women entrepreneurs through industrial policies. Special incentives have been provided in the new industrial polices 2014-19 for the Hyderabad Karnataka region. To make use of State and Central Government polices and strengthen the women folk of this region, Karnataka Ladies Association and Manufactures’ Park (K-LAMP) was established.”

In a much-appreciated message for the women entrepreneurs that she shared exclusively with YourStory, she motivated them through a song:

Speaking to YourStory about ThinkBig and the efforts by the Karnataka Government to support women entrepreneurs, she said:

Hosting the ThinkBig 2016 Summit has been a big challenge, but I am very excited to see the enthusiasm and participation shown by women entrepreneurs.

ThinkBig 2016 is a culmination of all the efforts the Karnataka Government has undertaken for women entrepreneurs. The 2014 New Industrial policy gave women a lot of support, and through it, we decided to set up an IT Park for women in Bengaluru. When women from across Karnataka showed interest and identified areas in the Industrial Park that could be used, we also gave five percent reservation to women in these areas.

We believe that if women are given the support they need, they will indeed do well. It was a thought we held on to even while drafting the Industrial Policy of 2014-17.

On Elizabeth’s invitation, I was in Austin in 2016 to attend a WeConnect International event. As Elizabeth was thinking about hosting ThinkBig this year, I invited her to come to Bengaluru, since we already have a ready ecosystem for a big scale event.

Opportunity to learn and network

We are very excited and thrilled. We got nearly 2,000 registrations and had to close the registrations a day early. 257 women have put up their stalls, and this includes women from across India, Asia and the globe.

However, this is just the beginning. What we are doing is building a platform for women entrepreneurs to meet each other, connect and network. With multinational corporates here, the women entrepreneurs will get to know more about procurement cells and vendor development programmes, and can make sales as well.

Given that women are weak in networking, we hope that they will use this opportunity to network extensively. From sessions, competitions, and tips and workshops on areas like finance and marketing, there is much to learn and absorb.

This is just the beginning

We have a team in place to assess the outcomes of this event, some of which will be tangible. We are looking at other intangible outcomes that we may not have anticipated. With the commencement of the event, we look forward to keeping the momentum going.

I was interacting with representatives from the states of Madhya Pradesh, Rajasthan, Andhra Pradesh and others, and all of them feel similar events should be held in other states too. So we hope that we can make this a movement - something others can take forward as well.

Build a community of women

One of the primary takeaways we want women to have is that they are not alone, and that with just a little support, they can do whatever they want. What this will turn into is a big community for women, a chain where some women can be role models for others. Women can help and mentor each other.

Starting with India, and then Asia, we can make this into a global community. I want women to not just become friends but to stay connected beyond just these two days.

ThinkBig shows that if women are given a little support, it can go a long way. Women from across Karnataka and other smaller cities here in attendance today show that most women entrepreneurs are from small towns. It only goes to show that women are doing business all over the country. And all they need is psychological support and institutional finance and nurturing. The latter is most important, and it is essential to hand hold them from the very beginning.

Eggs hatch, birds grow and eventually fly out of the nest. That is what the women entrepreneurs need, and that is what is happening in Karnataka; I hope it spreads all across the country and the globe.