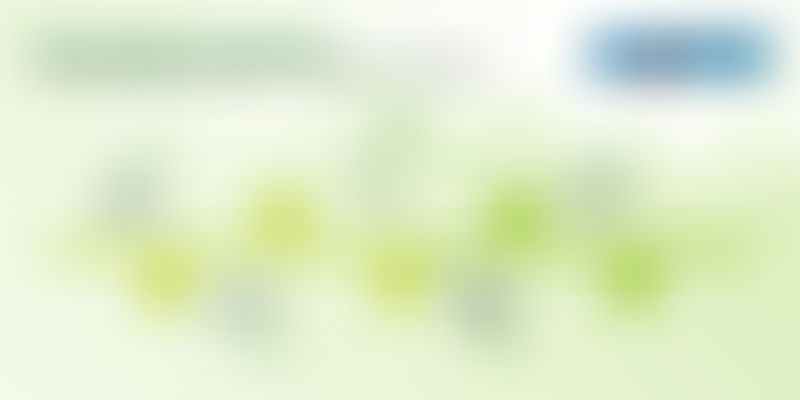 Last year, in October 2015, a small tribal village in Odisha shot to fame for being the state’s first solar powered village. Until then, the village, Baripatha, just 25 km southwest of the state capital, Bhubaneswar, was living in total darkness.

While there have been many solar projects in the country, what makes Baripatha’s story different is its model: low-cost, low-maintenance, and community-owned. The project has been co-funded by ECCO Electronics (a solar products manufacturer) and Jakson Group (a diversified power solutions provider). As part of the project, all 61 households in the village have been provided individual solar units with two lamps. A central one-kilowatt unit, which provides electricity to eight street lamps, has also been installed. Additionally, an LED television set and a TV set-top box has been installed at the community centre. The success of the project has presented a viable option to provide power to 3,900 villages across Odisha.

Harnessing new renewable energy to address developmental challenges is no longer an isolated case in the country. The Ministry of New and Renewable Energy(MNRE), Government of India, has been reaching to out to remote un-electrified census villages and hamlets where grid-extension is neither feasible nor cost effective. Such villages are being provided with basic facilities for electricity or lighting through various renewable energy sources. Solar photovoltaic power plants, wind power plants, micro hydro power plants etc., in distributed power generation mode, are being used for power generation.

India is the fourth-largest energy consumer in the world, trailing only the United States, China, and Russia. In recent years, India’s energy consumption has been increasing at break-neck speed driven by population growth and economic development.

As per the 2015 International Energy Agency (IEA) Report, India is set to contribute more than any other country to the projected rise in global energy demand – around one-quarter of the total. The IEA report also states that by 2040, over 50% of new generation capacity is likely to be met by renewables and nuclear energy sources.

India is already the world’s fourth-largest wind energy power producer. As of July 2016, it has also ramped up its solar power capacity to ~8 GW. There is significant potential in India for further generation of power from renewable energy sources—wind, small hydro, biomass, and particularly the sun.

Being a tropical country, India is solar rich, having on average 300 sunny days in a year. The Government of India has revised the target of Jawaharlal Nehru National Solar Mission to 100 GW of solar capacity installation by 2022. Out of this, 40 GW is projected to come through rooftop solar systems and the remaining through large- and medium-scale grid-connected solar power projects. Grid-connected and off-grid solar energy strategy aims at achieving energy security –‘24 × 7 power to all’. To reach the said target, several initiatives are in the pipeline. These include greater focus on developing solar parks, promoting innovative solutions to generate and store solar power, and providing support for solar mini-grids. The government, in addition to promoting existing and new policies to encourage consumer interest, is also making the sector inviting for businesses.

All this has translated into positive action on the ground. Many multilateral agencies and international organisations are assisting the nation by funding and introducing new technologies, building capacity for solar rooftop units, and enabling development of common infrastructure to support solar parks across India. The World Bank has already approved a $625 million loan that will support the Government of India’s Grid Connected Rooftop Solar programme by financing the roof-top solar capacity being installed across India. In addition, international and domestic companies have also scaled up their footprint in the Indian renewable energy sector. Simultaneously, solar energy installation is seeing increasing adoption at the consumer level. Micro grids, generally of 150W to 5KW, are being set up to power villages independently.

While these developments are welcoming, the sector needs more strategic initiatives to truly encourage larger solar energy consumption. This would include innovative financial solutions for solar PV installations and benchmarking and adopting global best practices with regard to financing solar PV. The sector needs a well-defined marketing plan to create a ‘pull factor’ for solar PV that can make use of solar profitable, even in the absence of government subsidies and other incentives. Many in the industry say that the sector also requires a strategy for the creation of an online marketplace for solar household products – like solar lanterns, solar pumps, etc. – and also an awareness and marketing plan to popularise the adoption of such products in the Indian household. The sector could also benefit if CSR funds are allocated to popularising solar energy.

Saying YES to the sun

Addressing the challenges would require fresh ideas and an understanding of the evolving business and marketing landscape. That’s why the YES BANK Transformation Series is leveraging the ideas of the studentpreneur community across India as a step towards finding solutions for some of these challenges.

After the success of the campus round of the fifth edition of the series, held at the top 24 B-schools across the country, which witnessed participation from 24,000 students, the 45 shortlisted students will now be working on a case study pertaining to the solar energy sector. MNRE, which is the strategic case-study partner for the second round of this series, has shared the problem statement as well as the case-study for the final round.

The students will share their ideas on how they plan to address the key challenges pertaining to the Indian solar energy sector – with a special focus on solar PVs and creating an ecosystem to drive the consumption of solar products. The 15 short-listed teams will then get to participate in the finale being held on November 17 at Taj Palace, New Delhi. On November 16, the 15 teams will participate in a networking session called Innovation Unplugged, where they will get to interact with some of the top entrepreneurs from the Indian startup ecosystem and key industry leaders.

The solutions provided by the 15 teams will be evaluated by MNRE, and depending on the feasibility and availability of resources, they will be taken forward. The Transformation Series, on one hand will play a pivotal role in providing MNRE with fresh and innovative ideas. On the other, it also provides a platform for students to create a tangible impact with their ideas in an emerging sector. YES BANK will also assist MNRE when the idea requires business integration on-ground.

YES BANK is taking a step towards addressing these gaps by getting some of the brightest young minds to provide the best-possible solutions for realising the solar energy potential of the country.

This is not the first time YES BANK has been working towards addressing some of the key challenges in the new renewable energy sector. In fact, new renewable energy is a key focus sector for the bank. YES BANK has adopted the triple bottom-line ethos – 'People, Planet and Profit' – thereby creating enduring value, competitive advantage, and sustainability leadership. Its business philosophy is cognisant of India's business, social, and development agenda. The bank’s sustainability focus is driven by Responsible Banking (RB) and their approach has moved from philanthropy-based CSR to strategic sustainability encapsulated in the ‘Responsible Banking’ (RB) strategy.

In fact, in 2015, YES BANK became the first and only Indian Bank to be selected as an index component of the Dow Jones Sustainability Indices (DJSI) in the Emerging Markets Index comprising 95 companies from 14 emerging countries. They were also featured on the Sustainability Index once again in 2016. That same year, YES BANK was awarded the prestigious Green Bond Pioneer Award for being the ‘Pioneers in Emerging Markets-India’ at the London Stock Exchange (LSE), for its efforts in the Green Bonds market; including the highly successful issuance of India’s first ever Green Infrastructure Bonds in 2015, for Rs 1,000 crore ($160 million).

Responsible Banking is one of the key pillars of YES BANK. On the occasion of COP21, the bank had committed to mobilising USD 5 billion from 2015 to 2020 for climate action through lending, investing and raising capital towards mitigation, adaptation and resilience. This commitment was strengthened by an action plan which included a target of funding 5,000 MW of clean energy while gradually increasing the percentage of renewable energy in the power portfolio. YES BANK has come a long way from the first issuance of the Green Bonds, to the third issue of a 7-year Green Infrastructure Bonds, to an agreement with FMO, the Dutch Development Bank, on a private placement basis. FMO will be investing in YES BANK’s bonds through FMO’s own sustainable bonds.

For now, the YES BANK Transformation Series will play a key role in finding solutions for some of the challenges in the Indian solar sector.

Keep watching this space to follow the updates on the YES BANK Transformation Series 2016.