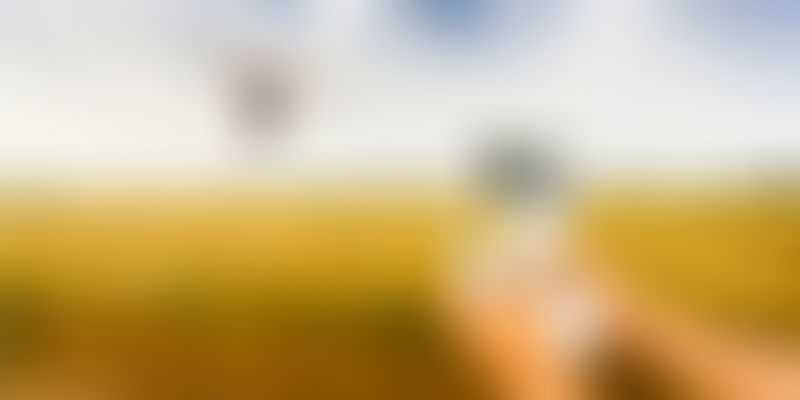 There are drones, of V Drone Agro, flying over Bengaluru's Ramanagara district helping farmers identify dying crops. Farmers in Telangana are using an app called Plantix, built by Progressive Environment and Agricultural Technologies, which helps in identifying plant diseases. Then there is Kisan Network (a Y Combinator company) in Madhya Pradesh, which works directly with the farmers to create standards in produce. They buy the produce from the farmers and assure them of market prices before they sell the produce to large corporates.

There is also Crofarm which sources produce from farmers, for retailers, on an on-demand basis. Organised retailing, especially fruit and vegetable retailing, is less than $5 billion of the $60 billion organised retailing industry, according to Ernst and Young.

There are 30 other startups trying to transform the Indian agricultural market. The solution is to organise the inefficiencies.

However, how will one solve the inefficiency when the interventions are fragmented. So maybe it's time for agri startups to combine their resources to take on the fragmented ecosystem. 2017 could be the year of agri-tech, just like how the last two years were about fintech. With demonetisation, it could be a combination of the two to change agriculture. It is a $200 billion opportunity.

"The distribution system in India is a few hundred years old and it works in distribution. Any efforts to change it must be inclusive of the entire supply chain," says Kishore Biyani, Chairman of Future Group. He says startups need to make money and there are no business cases that are coming out of technology only businesses propositions.

While everyone is trying to change the agri status quo, it is funny how the problems are more than the solutions. Agriculture is not like city transport systems that can be disrupted by Uber or Ola. There are deep-rooted inefficiencies with powerful incumbents who control farming resources such as finance, seeds, chemicals, distribution, and supply chain. These systems have complete access to the distribution networks that supplies to eight million kiranas across the country too. The ecosystem supports the political class financially and therefore have a sway over agriculture which is a State subject as specified by the Indian Constitution.

Political systems and incumbent businesses apart, startups have to also get used to the cultural aspects of Indian diaspora.

This incumbent system exists because farming caters to local tastes and cultures. The farmer works on the demand side based on his region and the consumption needs are supported by the local supply chains dominated by a chain of middlemen and agents who control the pricing of the produce and all dealings are entirely in cash. For technology to disrupt such a system it requires the existing supply chain to change their cash based transactions (a difficult task) and record transactions digitally and pay tax. Farmers are not taxed, but they do not have the power or the requisite information to force the system to pay them in digital transactions. They do not even possess bank accounts in majority of the cases.

Therefore, startups helping agriculture remains just a notion. It is a great narrative for the press to champion these crusaders with technologies that are changing the lives of farmers.

There are plenty of problems in the system with great inefficiencies. For example, the nutritional value of the crop is low and, according to Ernst and Young, the wastage in the distribution system is as high as 30 percent.

What are we missing here? Are startups and the system ignoring the real problems.

Here are a few problems that startups are against and the monster they are up against (which they have to win over first):

"It is not easy to work with a farmer in India if you do not address the problem from ground up, which goes beyond price discovery," says Charlotte Schumann, Co-founder of PEAT. She adds that most of the debt is created because of the use of chemicals and seeds that are not pest resistant. PEAT is trying to build a database of problems with cropping diseases and then will add interventions to improve crop yield.

"The efforts to change farming is fragmented. The argument to change the supply chain and the kirana is too technology focused and wants to change the system overnight. It takes a behaviour change, and not a policy change, to change Indian farming," says Prem Kumar, Founder of Snapbizz, a company that is organising the retail consumption trade.

Perhaps 2017 will be the year of change.