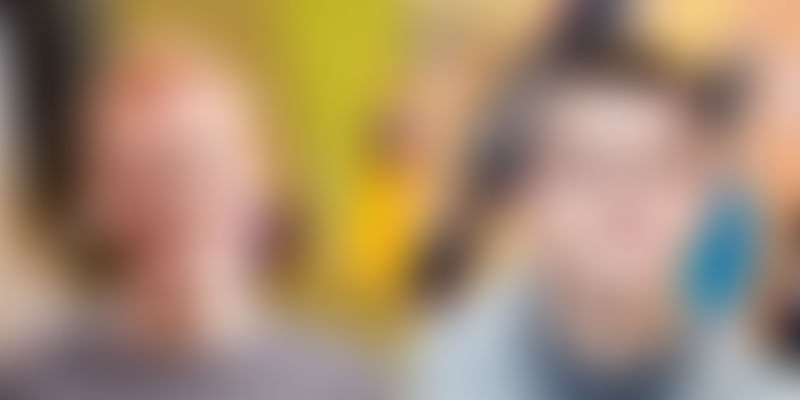 The Collison brothers, who co-founded the popular online payments service Stripe, have been celebrating. Being named Ireland’s youngest billionaires is probably a reason to pop open the best bottle of bubbly! That’s right, Patrick and John Collison, who launched their startup in 2011, are now worth about $1.1 billion each after the San Francisco-based company raised a good $150 million from CapitalG, an investment division of Alphabet and General Catalyst Partners.

Stripe was launched as a collaborative idea between the two brothers after their first attempt at a startup, Shuppa. Shupa merged with another small startup, Auctomatic, a company that builds software for eBay sellers, back in 2008. Once this didn’t receive the right amount of funding, the duo decided to go back to school, separately. John went to Harvard and Patrick went to MIT, but both decided that their passion for entrepreneurship trumped their desire to study further. Dropping out, they began to lay the trenches for Stripe.

The company, which operates in over 25 countries, is an online payments service which allows both private individuals and businesses to accept payments over the Internet. With a clientele that consists of names like Lyft, Kickstarter, and Wish, the company refers to itself as the “best software platform for running an internet business”.

With this latest investment, the company’s valuation almost doubled. It is now set at $9.2 billion, while it was valued at $5 billion last July. According to Equidate, the brothers together own about 29 percent of Stripe, and although no official statement has been released regarding their individual stakes, the same article places it at about 12 percent each. At the same time, the Bloomberg Billionaires Index net worth calculation splits the founder ownership pool equally between the two, giving them each a $US1.1 billion stake in the startup.

The Wall Street Journal had last year stated that the company’s payment volume growth was expected to exceed by a good 40 percent. As for how it makes its revenue, the article said that Stripe obtains 2.9 percent of the transaction plus 30 cents, translating to an estimated $450 million in revenue for 2015.

New methods or not, the Collison brothers must have done something right to join six other Irish billionaires on the Forbes World Billionaire List. In fact, at 26, John, the President of Stripe, is the world’s youngest self-made billionaire, appearing almost neck to neck with Snapchat’s Evan Spiegel, who is two months older. Along with these two, Snapchat’s Bobby Murphy (28) is the only other self-made billionaire in the world under the age of 30. Coming to Ireland, the brothers present a sharp contrast to Pallonji Mistry, Ireland’s richest billionaire, with a fortune of $13 billion.

“Heartening as the success to date has been, we are so early in accomplishing the goals that we set out for ourselves,” Patrick Collison told Forbes in an interview January. “If anyone here believes that Stripe has already made it, that would be hugely problematic for us,” he added.

The stage has been set and the show is just about to begin, with the spotlight aimed on the Collison brothers. Time to see if the story’s a good one.