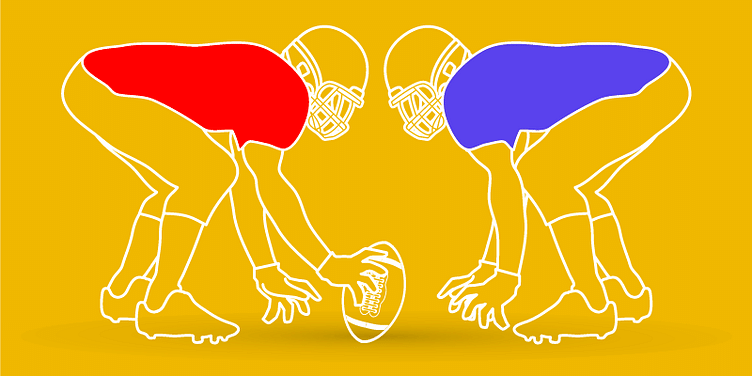 First things first. As a VC, I’m a strong believer in open markets and believe healthy competition leads to better outcomes for all involved, especially consumers.

Since our economic liberalisation in 1991, we’ve seen that foreign competition has helped our own companies build better products at more competitive prices while becoming more nimble and customer focused. At the same time, foreign investments in sectors across retail, aviation, pharma, and technology, etc. have helped unleash a new era of daring Indian entrepreneurs who have the courage to dream big and have created some of India’s most well-known and valuable companies.

A couple of days ago, we all witnessed headlines screaming that Flipkart’s Sachin Bansal and Ola’s Bhavish Aggarwal are allegedly “seeking government protection in their battle against global rivals”. Not surprisingly, there has been a barrage of opinions on social media, with many criticising our local heroes for seeking government protection. Before taking sides, let's first understand the issue more deeply.

At the risk of being unpopular, I thought I’d share my own views on this topic. To be clear, I don’t know Sachin Bansal and have never met or discussed this with him. However, Bhavish is a founder who is very, very dear to me and we’re fortunate to be early investors in Ola. I’m more familiar with Ola and hence this post is more about Ola-Uber and less about Flipkart-Amazon, even though many of the same issues apply.

Anyone who knows Bhavish will tell you he is among the most audacious entrepreneurs this country has produced. It takes someone special to go against the mighty Uber and stay ahead of them despite all odds. So why is Bhavish raising this issue and why now? What is the real issue beyond the sensational headlines?

I believe many people have misunderstood Sachin and Bhavish’s position. Here’s the video of their statement — take 5 minutes and see what they actually said. They aren’t against the competition. They aren’t afraid of competing against global companies. They aren’t against foreign capital or anything else the media would have you believe. Far from it — their own companies are dependent on large doses of foreign capital. They also know that fighting against their global peers has helped them improve their own service — a net positive for everyone.

So what is the issue then? Simply put, their argument is that global rivals are indulging in an unhealthy market practice known as “capital dumping”. They are channelising money from profitable markets abroad to fund irrational spends and losses here in India. This is to drive local competitors out of the market by “buying” market share. And the single goal of such a practice has always been to eventually monopolise and exploit the market to its fullest potential. This dubious strategy is considered anti-competitive in many jurisdictions and is illegal under competition laws. Read more about anti-trust, capital-dumping, predatory-pricing and more here.

If you look at the difference in gross margins of the few consumer internet companies in question, in their home markets vis-à-vis those in India, the difference is telling. Their negative gross margins in India are a far cry from the profits they earn in their home markets. This is in stark contrast with other MNC firms that fairly compete across industries like FMCG, Pharma, and even certain internet segments like Search and Social Networking, and establishes their land grab approach to market share.

The WTO defines anti-dumping as “If a company exports a product at a price lower than the price it normally charges in its own home market, it is said to be “dumping” the product." Indian laws were amended with effect from 1.1.95 to bring them in line with the provisions of the respective GATT agreements. India has effected anti-dumping in the past across sectors like banking and pharma which has helped create local giants like ICICI Bank, HDFC Bank, Sun Pharma, and Dr. Reddy’s among others. Read this excellent document to know more on the topic. While this is more in the context of goods, a similar principle ought to apply for services.

By market estimates, Uber, selling at negative margins, burns over INR 3000 crore (US $450 million) per year in India — this is significantly more than Ola’s burn rate despite Ola being much larger. In a letter to investors dated September 7th, Uber mentioned that it plans to further reallocate a significant amount of resources to India from China, where it recently sold its business to Didi.

Innovating for consumers and solving real on-the-ground problems takes a serious hit because of capital dumping. I personally don’t recall a single meaningful innovation that Uber has launched for the Indian market. All its growth here has come from throwing money at drivers and consumers. Not to forget, they have blindly copied many of Ola’s local innovations — some have failed, while others have done them some good.

But that isn’t good enough for the ecosystem because capital should never be allowed to stifle innovation. Ola’s innovations are far beyond technology and category customisations e.g. by building an offline booking feature, they’ve not just allowed people to access mobility in no-network areas, but have inspired other apps across verticals to solve for poor connectivity in smaller towns.

By quickly launching Ola Credit after the recent demonetisation, they’ve actually helped keep tens of thousands of Indians away from serpentine ATM queues. Or take Ola Play, a paradigm shift in the mobility and ride-sharing experience. Innovation has a direct impact on our nation’s development; both as an inspiration for other companies and entrepreneurs, as well as for creating value for customers in the long run. In fact, innovation is the solution to sustained price optimisation, not capital dumping.

So what are Sachin and Bhavish really asking for? All they are saying is let’s create a level playing field, one where foreign companies aren’t using profits they generate in their home geography to subsidise their product in India, with the singular motive of killing local players. They aren’t here for charity. No business is.

Amazon generates profits in the US, Uber also claims it is profitable in the US. How does one compete with these giants if they have access to funding and profits from their home geography while you are dependent on funding alone? Eventually, capital sources will dry up and will lead to monopolistic behaviour by the one who survives.

What’s in the long-term interest of Indian consumers?

Make no mistake. Having sustainable competition is the best solution in the long term that will benefit consumers. That alone will ensure prices are fair and quality services are being provided, while both players generate reasonable profits. None of the global giants want that. They see India as a large market they want to own for decades and so are indulging in “capital dumping” with the hope that eventually local startups will run out of capital to compete and they can run a monopoly business in India.

Once local rivals are out, they will raise prices. That hour-long cab ride you took to work for under Rs 100 will seem like a distant memory. Who knows what the new price will be, but suffice to say it will be significantly higher with sufficient markup to recuperate their losses. And the driver subsidy — it will vanish overnight. Case in point — here’s what happened in China where prices doubled overnight after the Didi-Uber merger.

Given the scorching pace of growth of Indian internet companies, there is an urgent need to define and problem solve for the issues outlined above. Should this issue have been raised earlier? Absolutely. Did we as an industry fail in our duty to foresee and address these issues sooner, possibly. But there’s never a bad time to discuss the right things. We are seeing the emergence of India’s first wave of tech mega-corns and this is new territory for all of us. Moreover, the degree of undercutting on price has intensified in recent times with the intent to drive out local players. There’s a fine line between price undercutting for promotional purpose v/s unfair market practices like capital dumping. How do you decide what constitutes capital dumping? I don’t claim to have the answers but

Moreover, the degree of undercutting on price has intensified in recent times with the intent to drive out local players. There’s a fine line between price undercutting for promotional purpose v/s unfair market practices like capital dumping. How do you decide what constitutes capital dumping? I don’t claim to have the answers but at-least a recognition and discussion of the core issue will help us all gravitate towards a practical solution that is in the long-term interest of consumers. It’s disturbing that so many smart people have been quick to diss our local heroes without so much as a second thought.

It’s disturbing that so many smart people have been quick to diss our local heroes without so much as a second thought.

Let’s understand these issues and the ramifications they will have on our country, let alone the nascent startup ecosystem. India will be better served if we have the Flipkarts and Olas thrive to become large platforms that can match and do even better than what their global peers do in their home markets. They will inspire a new generation of entrepreneurs who will believe they too can compete against the mightiest and have a shot at victory. Whether we like it or not, we are all long Flipkart and Ola — their decline will hurt the entire tech ecosystem. And when they win (that doesn’t mean their global peers must lose, they just need to stop their strategy of capital-dumping and compete fairly), our country will never be the same again.

We can recreate the magic that happened in Silicon Valley and China. It will open up a rush of capital and lead to a new wave of innovation, the kind our country hasn’t witnessed before. And our local heroes will be the ones leading that wave. And for that, they don’t need protection, just a level playing field.

I’m obviously biased given I work at Matrix Partners and we are early investors in Ola. That said, I’ve tried to be as objective in putting forth my case. I welcome your feedback and comments and anything else constructive you can add to this discussion at @tarun_davda.