Sleeping tigers -- the funding pause in 2016 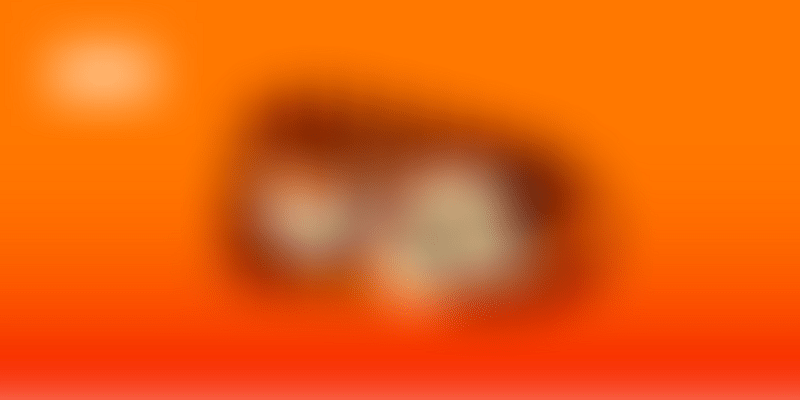 “As an entrepreneur who is looking to raise funds, the time is difficult. Fundraising is a harrowing process for an entrepreneur. It takes up a lot of your time and effort. You will hardly find time to focus on other things,” says Akshay Mehrotra, Co-founder, EarlySalary.

While 2015 saw a peak in funding and unicorn rah-rah, 2016 was a year of stoic silence. Investors pumped in over $14 billion into the Indian startup ecosystem in 2015. The revenues, metrics, and business models were questioned. The shockers didn’t just stop there. Flipkart, the blue-eyed boy of the Indian startup ecosystem, saw a complete drop in valuation. Uber merged with Chinese rival Didi and it was a rocky journey for the cab aggregator Ola as well.

In 2015, online doctor’s appointment booking venture Practo raised $90 million in Series C round. Ola raised $400 million in Series E round and in December went on to form an alliance with Grab Taxi, Didi, and Lyft to take on Uber.

Towards the end of 2015, shiny names like TinyOwl, Runnr, Housing, and Jabong started losing their sheen. The debris of their explosion is yet to be cleaned. Many were in ‘face-saving’ mode this year. This year, the amount of funding didn’t cross $35 million, even in Series C, gone were the big-ticket names.

End of a honeymoon period

In 2016, the focus shifted from funding to revenue model. It was back to the basics. Whether the investors took lesser bets or longer time to take those bets, the honeymoon period seemed to give way to the reality of a marriage that needs to work.

The larger investments dried up. The big guys decided to take a pause, and the domino effect started from there. The Softbanks and the Tigers of the world wanted to assess, where their positions were. It isn’t about just making investments, it is about seeing where the risk is concentrated,” says Karthik B Reddy, Managing Partner at Blume Ventures.

Is it a lull or is the calm before a storm that has taken over the Indian startup ecosystem? Sanjay Anandaram, Venture Partner at SeedFund and Advisor at iSpirit, believes:

It is a Darwinian process. Whenever there is an excess, you tend to correct it and come towards the mean. The new average mean will be better than the previous average, because of the quality of the companies, entrepreneurs, and businesses.

When bigger hedge funds and investors pause and try to consolidate and rationalise the business models of the big companies in their portfolio – which also incidentally face global competition – then effectively the large funding freezes. The debate on the consolidation of these larger companies is still on, and only time will tell whether these companies will be able to raise more capital.

The ‘Uber for X’ model was simply exploding everywhere. Basic business models were blind-sided; startups were invested in on the basis of PhDs or degrees. I remember being one of the odd ones for asking basic unit economics and models. Today, this is what seems to be driving investments.

It is a game for seasoned players

It means that entrepreneurs who were starting businesses were not concerned about vanity metrics and have been focussing on building a business – which means is the unit economics right? Is there a real business here? Do I know how to sell? Are customers really buying from you or are they buying because you are giving discounts?

In 2014-2015, companies saw some high inorganic growth with high cash burn. Also, there was a chance of acquisition from bigger companies, as stock and cash were in plentiful.

“But with the bigger funds pausing and looking at their own portfolios, the newer age consumer-oriented fast growing companies were in for a shock. There were no new investors and the otherwise natural acquirers were not acquiring at all or were buying at throwaway prices. This shook up the consumer sector even more.” says Karthik.

There was a process difference in looking at funding. Every VC firm has a checklist and possibly follows an obvious list like reference checks, chemistry match, integrity issues, and idea. However, this year was about the lesser obvious ones such as why is this person doing the business, do they have a larger goal than can somehow make money, are they persistent, do they come back to you after a while with improvements to the technology, team, business model, and with more understanding of the market.

Nowadays, growth cannot be justified with money. You would rather have a model sort of work out close to a profitability at least in a smaller market or a smaller scale. The investor lenses on consumer sector have shifted dramatically.

The focus has shifted more towards newer areas. While the bigger hedge funds have been silent or as Parag Dhol, of Inventus, puts it gone into hibernation, Karthik believes that VC’s on the ground have capital in the bank and are looking to deploy it, but are being clever and cautious of it, all the same. The idea is to invest where the returns are higher and quicker, with a stronger focus on revenue.

Udayakar Rangarajan, Lawyer at Khaitan Co, believes that investors are being wary of opening their purses and are focusing on more robust exit mechanisms. He says,

They are very cautious and are looking at everything more closely. Not that it wasn’t there before, but the criteria that determine if you are being backed are a lot more specific. Earlier if you met most of the conditions and not all, the investors were okay with that. But this time around investors are taking a lot more time to evaluate the business as such and the potential for the business to grow. Now the idea is more towards we may have to exit through the means of an IPO and therefore a business has to generate revenue.

While all this may sound great for the startup ecosystem at large, entrepreneurs are still struggling. Uday adds that many entrepreneurs have gone through the rough phase of meeting close to 100 investors, and in many cases even with great numbers and growth, the entrepreneurs had to turn back empty-handed. Parag says,

“There are more no’s; you need to contact more investors. Some of our B2B companies that have a decent monthly revenue of Rs 1–1.5 crore and have hit profitability are still struggling to get growth-stage investors. Clearly, the days of getting deals done in three or four weeks are long gone.” It clearly means that entrepreneurs have to put in more time and effort and possibly shift their focus more towards fundraising.

Rashmi Daga, Founder of FreshMenu, which raised its Series A funding in January this year, says:

Fundraising typically takes up most of your time and effort for a good three to six months. And your focus needs to be in the process. It is better to have a strong team as a support system to help with the day to day functioning and running of the company. But you also need to learn to balance, because work cannot stop.

The battle of choices

However, what about those startups that cannot afford to have a battery of people helping them? The task is difficult and a definite uphill battle. What would help entrepreneurs? How do investors really choose? Karthik says,

It is a little like college applications, you really don’t know why you are being selected over others. There always is a relative measure, which is what we try to emphasise to the entrepreneur. It is not like we don’t like you or the idea. Blume cuts a lot of cheques. Let’s say on a quarterly basis even if we cut three to five cheques, there is a limit on how many we can do. We receive a conservative number over 750 plans a quarter, out of which you shortlist 10 and do three to five. So how do you explain to the remaining 740 that they are not even making the cut?

The task gets easier in the higher rounds as there are genuine performance metrics to work around, but seed rounds are difficult. In the case of Blume, they decide earlier on which sector they want to place their bets on. So if other sectors decide to pitch, they don’t make the cut, unless they are highly recommended. Also, if they have already made three to four bets in the decided sector, then the bar tends to rise, and then no educational bet makes the cut.

“Unless it comes in with a big recommendation, we don’t look at the fifth bet, even if it might be exceptional. It is harsh, but then we also need to take some tough calls,” says Karthik.

While the culling process had taken the entrepreneurs and everyone was warily looking at the investor axe, the employees too were getting axed this year. From Flipkarts, to Olas and the larger internet companies, everyone seemed to have paused with their hirings. Hiring happens in two parts ‑ growth-led hiring and regular hiring. The growth-led hiring has dropped and has been non-existent. In the case of attrition, they filled those gaps internally.

Last year, every company believed that they were the next big thing and would get funded, but that hasn’t happened, which has made both companies and candidates cautious. Therefore, the hiring cycles have increased quite a bit. Last year was a mad rush. Hiring was a priority more than anything else. People were willing to take the risk that if somebody doesn’t fit in, we will see later. But this year, people are cautious and want the culture and company fit.