How ‘Prayer’ helped Amar Bhaskar deal with the ABCDEF of cancer 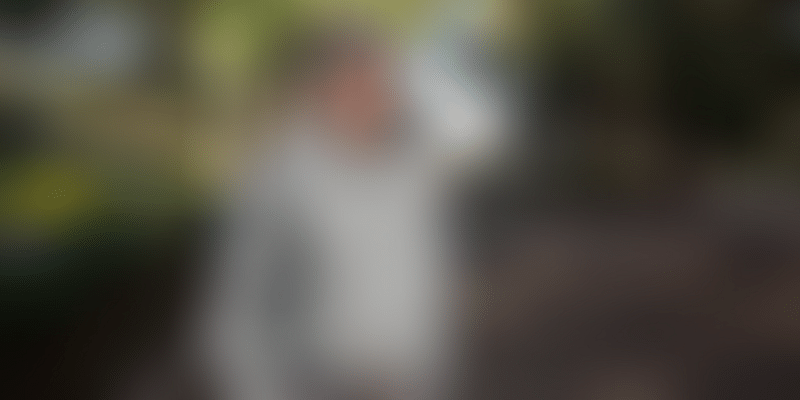 It’s 7 am on a Monday and the walkways and the grassy expanse of Lalbagh, the sprawling oasis in the heart of Bengaluru, are teeming with people seeking their mojo to kick-start their day. Some are part of laughter clubs, others do yoga, while the rest seek their elixir at the carts of wheatgrass juice vendors lined up just outside the park’s periphery.

Away from the crowds, in the tall grass that grows to the far left of Lalbagh, two men are setting up their tripods and cameras. Amar Bhaskar and his friend Murali Santhanam, both senior executives with a global tech giant, have come here to pursue a common passion – photography. For Amar, his hobby holds particular significance: it’s what got him through one of the most trying times in his life.

“In 2006, I noticed a persistent ulcer on my tongue. A routine visit to the doctor changed my life overnight: I was diagnosed with malignant tongue carcinoma.”

He summarises his initial reaction as ABCDEF:

Anxious about what was going to happen

Broken and let down

Confused about what to do

As he puts it, “I had no vices. That’s when I realised that cancer is the great equaliser – it can happen to anyone. However, the one thing that I had learnt from leading a unit of 2,500 people at work was that such setbacks are a part of life, and that one must tackle them and move on with conviction.”

He recalls asking the doctor in typical management style, “What is the next step? We need to resolve this and proceed. That was my attitude.”

The doctors prescribed radiation therapy, multiple cycles of chemotherapy, brachytherapy and biotherapy. Amar summoned all his willpower and positive thinking to see himself through these often-enervating sessions. “I used to recite shlokas to stay strong during the radiation sessions.”

The side-effects were harrowing, to put it mildly. But through it all, he continued to work, sometimes from home, and pursue his passion for cricket, carpentry, yoga, and photography.

“After my recovery, I bounced back to normal life feeling stronger than ever. My speech was unaffected, and I was in high spirits, celebrating my victory,” Amar remembers.

But three years later in 2009, to his horror, he noticed a lesion at the very same spot on his tongue. More visits to the doctors and his worst fears were confirmed. The cancer had recurred. This time, however, the doctors felt that surgery was the best option: they removed the affected portion of the tongue.

Through the ordeal, Amar summoned all his inner resources: “I was determined to face it, and told myself that I would be back in action soon. The day after the surgery, to everyone’s surprise, I was up and about. But the recovery was a lot more complicated this time around. I was left with a tongue that was very different in shape and size. I had to work hard to regain my normal speech, and it was very frustrating to not be able to pronounce certain words.”

Not being able to speak normally was only one problem. “Even chewing food was a challenge. I was biting my tongue frequently. It was like driving with a flat tyre: I would want to go one way, but my tongue would go another. But I was determined to beat it. I even learned to substitute words for those I could no longer say,” says Amar.

Through this ordeal, he had unstinting support from both his colleagues and family. Says his wife Uma, who facilitates children at a Montessori institution, “The support we got from our doctors was amazing. Both Dr Holla and Dr Belliappa were always there for us. We are laypeople and did not always know what to do. I remember one instance when we called Dr Belliappa. He was driving down from Coorg in pouring rain. He called back, answered our queries patiently and said that we could call him anytime.”

She continues, “My in-laws were also very supportive during his treatment. My mother-in-law took over the home front, and both she and my father-in-law showered our son with a lot of love and attention. He was very young at the time and found it difficult to understand what was happening to his father. It was when we saw how others were suffering (at the hospital) that we felt blessed. We felt we were in a (relatively)comfortable position.”

Amar’s mother V. Saraswathy, with Zen-like calm, describes her feelings when she was first told about her son’s diagnosis. “I accepted it. My only thought was about what to do next. We are their elders, and if we get tense and fall sick, then we are only adding to their stress. I felt I must pray that he gets better.”

The memory of the difficult journey overwhelms her and she turns a little emotional. “We have only one son. All I want is that he be well. He is a good man and looks after us well.”

V. Saraswathy points out to her son’s trait of paying it forward. For over a decade now, Amar has volunteered for various social causes. Along with his friends and fellow photography aficionados Murali Santhanam, Sisir Kumar, Goutham Ramesh, and Harish Rao, he founded Vismaya, which raises money for various causes by exhibiting and selling their photographs.

The team has held four exhibitions at the Karnataka Chitrakala Parishath in the city, and has tied up with Rotary Club of Bangalore West to hold annual events. At one exhibition, it raised Rs 5 lakh for children with special needs. In 2006, he was conferred with the Paul Harris Award for exemplary contributions and service to social causes by Rotary International.

In 2010, he joined the Pink Hope Cancer Patient Support Group, of which he is now in charge, He has been working towards launching an awareness programme for cancer warriors to help them in their recovery and connect them to other survivors who reinforce and spread the message of positivity. Amar himself meets 10-15 patients a week as part of a support group.

His infectious energy saw him take on the role of the President of the Project Management Institute India till 2009, during which time it grew to become the second-largest chapter in the Asia-Pacific region.

He firmly believes that the battle against cancer is a “life-changing experience”. Along with timely diagnosis and treatment, the road to recovery is “more mental than medical”.

“Cancer is a six-letter word and so is Prayer,” Amar points out. He goes on to elaborate what Prayer means. “It is the power of Positive thinking, which gives you the strength to Regain control, Adapt to changes, reinvent Yourself, Explore your hidden talents, and Rejoice with your family and friends.”

He signs off with, “Cancer is not contagious; but victory over cancer can be made contagious. Live your new life consciously, helping others to succeed.”