From Iowa to Hollywood: the life and times of actor-turned-entrepreneur, Ashton Kutcher 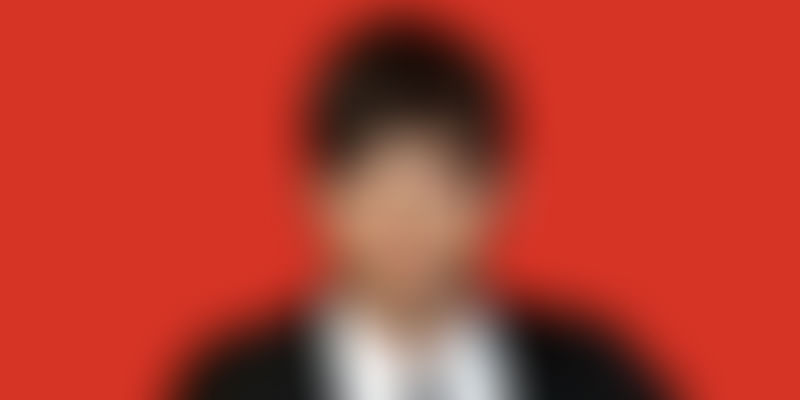 “Don't settle for what life gives you; make life better and build something.”

Ashton Kutcher may be at the pinnacle of his career right now, but the 38-year old from Iowa learned the hard way that the lemons life is supposed to give you don’t come free.

The Butterfly Effect actor’s life story pans out much like the many dramas he has starred in. From teenage addictions to jail-time and empty wallets, Ashton’s past has been a looming shadow over his outrageously well-groomed hairdo. But instead of taking measures to keep it under the wraps – as would be the advice of any PR team ever – the actor-turned-entrepreneur has always managed to use it as a lesson.

Ashton was born into a typical working class family.His father, Larry,was a factory worker with five mouths to feed. Living on the farm with his parents, he lived the humble lifestyle of any mid-western teen his age. Although the money was tight, it was enough to get the family by and even send the children, Tausha (the eldest), Ashton, and his twin, Michael, to school. Family tensions caused his parents to separate, and soon enough, he was packing his bags to go live with his mother. At the same time, tragedy struck in the already broken family, when his twin brother, who was diagnosed with cerebral palsy, had to undergo an immediate heart transplant surgery after his heart was damaged by a virus.

This period in his life shook up Ashton pretty badly. Before his brother’s attack, a teenage Ashton had spent most of his nights evading the reality of his family troubles by acting out. He would stay out partying all night, mix with the wrong company, and would break into school after hours.Records state that he was even sentenced to three years' probation and 180 hours of community service. After almost losing his brother, Ashton realised that it was time to take life a little more seriously. He thus enrolled himself into the University of Iowa to study biochemical engineering, with the avowed aim of one day discovering a cure for his brother's illness. To finance his studies, he took on a few odd jobs in carpentry, farm-labouring, and even one as a cereal dust sweeper at the General Mills Plant in Cedar Rapids. The struggle didn’t end there.Despite the money collected from these odd jobs,which even included donating blood, the funds weren’t enough to keep him in school and he was soon forced to drop out.

But as they say, it takes a mere second to turn your luck around. A chance meeting with a talent-hunter at a bar in Iowa City landed him in the try-outs for a competition called ‘Fresh faces of Iowa’. After winning this competition effortlessly, he travelled to New York as part of his prize to participate in an International Modelling and Talent Association (IMTA) Convention. From here on, he began to secure the right connections and received several modelling offers. After becoming a known face for brands like Calvin Klein and Versace in 1997, he decided to try his luck at Hollywood and thus, took off to hunt for opportunities in L.A.

His first stint landed him a role in the famous retro-series,That ‘70s Show, along with actors like Topher Grace and now-wife Mila Kunis. His role as the loveable but dense Michael Kelso made him an attractive face in the film market, and before he knew it, he was receiving offers from the biggest names in no time. From then on, Ashton’s acting career spiralled up towards fame and success. From starring in movies like Dude, Where’s My Car? (2000) to The Butterfly Effect (2004), and Jobs (2013),he has taken on a number of challenging roles which have pushed his boundaries of experience.

But like he has said, “I'm continually trying to make choices that put me against my own comfort zone. As long as you're uncomfortable, it means you're growing.”

Social work and a return to television

Having reached a status where his actions were now influential to the masses, he began to involve himself in a variety of social causes, even founding The Demi and Ashton Foundation (DNA) with ex-wife Demi Moore. The Foundation was a non-profit which aimed to end child slavery in Haiti. In 2012, the duo renamed the foundation ‘THORN: Digital Defenders of Children’, which also uses technology to help prevent child sex trafficking.

Meanwhile, Ashton had already rekindled his relationship with television. After That ‘70s Show, in 2003, he helped create the MTV cable network's hit reality television show Punk'd, where he orchestrated practical jokes on unsuspecting celebrities. Two years later, he headed another reality TV show, Beauty and the Geek, where unlikely pairs of ‘beauties’ and ‘geeks’ worked together towards to win the show’s grand prize. In 2011, he turned all heads with the news that he would be replacing Charlie Sheen (albeit as a different character) in the hit sitcom Two and a Half Men. Ashtonended up staying on the show through 2015, earning an estimated $750,000 per episode.

Besides acting, Ashton has expressed avid interest in business. After sitting down with some of the field’s greatest entrepreneurs and taking tips from them, he decided to turn towards Venture Capital. He thus invested in a series of high-tech (then) startups like Skype, Airbnb, Foursquare, Uber and more. He became the Co-founder of the Venture Capital firm ‘A-Grade Investments’ along with Guy Oseary, Ron Burkle, and fund manager Chris Hollod. Later, in 2015, he announced the launch of Sound Ventures, the successor to A-Grade Investments, managing a fund backed by institutional funding. At the same time, he also created an interactive arm of Katalyst, called Katalyst Media, and began to invest in the restaurant business with Italian restaurant Dolce and a Japanese-themed restaurant Geisha House as starters. His entrepreneurial aspirations even had him act as a guest judge for ABC’s Sharktank.

Ashton’s journey from model, to actor, to entrepreneur has been far from a smooth sail, and he’s had to undergo his fair share of more downs than ups. However, short-term obstacles have never come close to marring his long-term accomplishments.

The secret to his hard-lined optimism? It’s like he puts so clearly, “Life can be a lot broader... when you realize one simple thing: And that is that everything around us that we call life was made up by people who were no smarter than you. And you can build your own life that other people can live in. So build a life. Don't live one. Build one. Find your opportunity, and always be sexy.”