Music and love kept her strong in her darkest hour 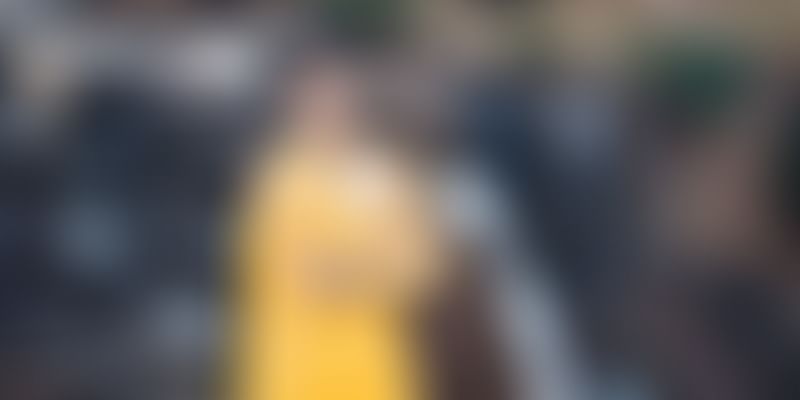 Lakshmi Khanagar loves to sing. Her clear, lilting voice belies the struggles this 27-year-old has already seen in her young life. Born into a family that was facing financial challenges in a small village in Gokak Taluk of Belgaum district, she has always had to fend for herself. As a child, Lakshmi was forcefully sent away to Goa to work for an affluent family, but she refused to spend the rest of her life as a stay-at-home maid, and fought her way back home, against everybody’s wishes. She then joined a hostel meant for backward classes in Gokak with the intent of finishing schooling without being a burden on her family. These years proved to be more arduous than she had thought.

“The living conditions were very poor and our food was always left uncovered. We would even find worms in the food on some days, but hungry that we were, we had no other choice but to eat what was served to us.”

A will to succeed

After finishing her schooling, Lakshmi knew she could not expect any support from her family to study further. She joined a hospital and worked night shifts to be able to pay her college fees, which she attended during the day. Although doing this was taking a toll on her, Lakshmi kept at it and successfully completed the 12th grade. With her qualification and the limited job opportunities in and around a small town like Gokak, she had to run from pillar to post to find a job that could keep her afloat.

“I stumbled upon a classified ad in the newspaper for a marketing job with a local company selling dental hygiene products and decided to apply for it. Although I was happy to get through, there were newer problems that came with the job.”

Lakshmi and her colleagues had to walk several kilometres on a daily basis and knock on unwelcoming doors in the quest to sell as much as they could. They would only be paid for what they sold. Even though it seemed impossible to earn a decent income through the job, Lakshmi had no other choice but to continue and work hard. Her perseverance paid off, and she was soon promoted to the post of a manager. And work was not the only thing that she had to cheer about,

“Around that time, I met Vishnu and we fell in love. It was the best thing that has ever happened to me.”

The two then moved cities and jobs together before joining the same home health care firm in Bengaluru. This required both of them to stay in separate homes and do what Lakshmi had run away from in her childhood .

“Although we were taking care of patients in their homes, we were required to do other house work when the maid would not turn up.”

The couple decided to move back to Gokak and start all over again. Lakshmi went on to join a NGO in Belgaum district as an assistant nurse while Vishnu moved to Pune and started working in a call center. Things started falling into place for the two.

“It finally felt like I was doing what I wanted. I was paid well, the people were nice, and liked my work. It seemed as though my troubles had finally come to an end.”

A bolt from the blue

But destiny had other plans. In August 2012, Lakshmi started losing her appetite and was getting sicker by the day. On the insistence of her superiors at work, she went to see a doctor who sent her for a blood test. The results were startling. Lakshmi’s WBC count was significantly above the normal count. The doctors feared the worst and conducted a few other tests. Lakshmi on the other hand, was completely oblivious to all this and was busy preparing for her sister’s wedding. A couple of days before the ceremony, Lakshmi received a phone call from the hospital.

“They told me that my reports had arrived and I had to come with someone from my family to collect it. I was instantly taken aback and knew something was not right.”

But instead of telling her family, Lakshmi went to the hospital alone.

“The doctor was just not willing to tell me what had happened. It was only after I told him about the situation back home that he finally relented and told me I had Blood Cancer. Even before he could complete his sentence, I was distraught and was crying inconsolably. It seemed like it was the end.”

Although the doctor tried consoling Lakshmi by telling her that all she needed to do was take a tablet everyday, she had secretly given up on everything. A monthly expense of Rs 6,000 for the tablets would leave her with no money whatsoever. She decided to forgo treatment, accept her fate, and distance herself from all those who loved her, including Vishnu.

“I started avoiding Vishnu as I did not want to burden him with the responsibility of a dying person.’

But Vishnu was steadfast in his devotion to her.

“He refused to give up on me and told me, ‘Even if you live for a day, I want to be with you. I know for a fact that if we are together, nothing will happen to you, so let’s get married.’”

The road to recovery

This gave Lakshmi a new reason to live and she decided to approach her illness with a renewed vigour. Almost coincidentally Lakshmi happened to see an advertisement by a well-known cancer treatment centre in the newspapers around the same time and got to consult a cancer specialist for free. Two days after meeting Lakshmi and listening to her story, the doctors decided to waive all her medicine fees and handed her a letter that guaranteed her free medication in Bengaluru. Staying true to his word, Vishnu married Lakshmi in 2014.

“Marrying Vishnu boosted my confidence even further. I realised that I had got everything a girl could ask for in her lifetime.”

Owing to weakness and occasional health issues, she quit her job with the NGO and stayed at home to concentrate on her passion for singing. Although love has always been Lakshmi’s source of strength in the battle against cancer, it was also singing that kept her from losing all hope. Lakshmi had been singing with local orchestras even before her diagnosis but it suddenly held even more significance in her life.

“When I sing, I forget everything. I only want to see happy faces before me and try to give it my best, every single time.”

“Death is certain, but the cause is mostly unknown. Some people die of illnesses and others due to sudden events like accidents. One can never really predict when it is going to happen. I have decided to take each day as it comes. I stopped working and stayed at home to concentrate on my singing career. In life, you never know what is going to happen. You just need to keep going. No matter what minor issue or ailment you have, don’t hide it. Consult a doctor at the earliest. You never know how and when a minor thing can become a cause of death."

Lakshmi not only lives each day as it comes, but also helps her family stay strong. Cancer may have made her world fall apart, but Lakshmi has picked up the pieces fast and put her life back together. Some days she succeeds and some days she doesn’t but she takes it all on with a smile. Every time she felt like giving up, she’s held on a little longer. And that really is the stuff that heroes are made of.