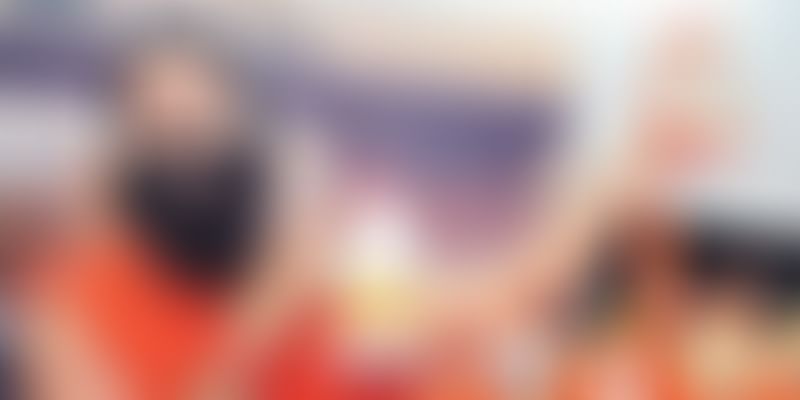 Uttar Pradesh Chief Minister Akhilesh Yadav recently laid the foundation for Patanjali's food and herbal park in Noida, to be constructed over 455 acres with an investment of Rs 1,666.80 crore.

Praising Baba Ramdev in his address, the Chief Minister said that the project would not only help youths and farmers of the region, but also create direct employment opportunities for over 8,000 persons, along with indirect opportunities for 80,000 people. Terming UP as a big market, Yadav said that if anyone wanted to invest in vegetables and milk production, they would get a market in the state, the size of which they would not get anywhere else in the country.

Also read : Patanjali CEO Acharya Balakrishna is now officially one of the richest men in India

Assuring all the help possible from the state government for the establishment of the park, Akhilesh said that it would also encourage other entrepreneurs to invest in the state.

Baba Ramdev, at the occasion, praised CM Akhilesh for the development works initiated by him and said that "the state government is doing whatever is possible for making the state modern and developed". He said that the work on the park would be completed by the end of next year, after which it would be the biggest food park in the country, producing Rs 25,000 crore worth of products per year.

In September this year, a senior UP government official privy to the development said,

It is almost finalised now. You may see an announcement by Patanjali Ayurved for an investment of around Rs 1,600 crore in Noida for setting up a food processing plant around Diwali. As far as investments in the State are concerned, the Uttar Pradesh government is fair and transparent for promoting industrialisation, which will create jobs.

He further said that Patanjali CEO Acharya Balkrishna had held meetings with the CEO of the Yamuna Expressway Industrial Development Authority (YEIDA) in this regard.