She got kicked out of malls and got blocked on Facebook: Sahyujhyah’s startup story 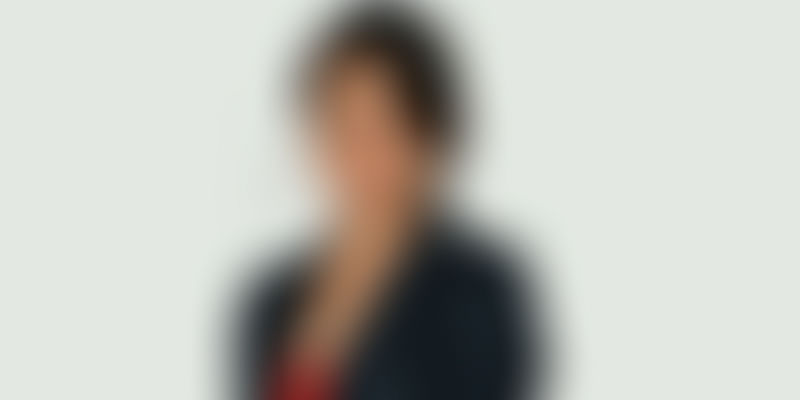 Believe you me; you don’t even know what persistence is until you’ve met Sahyujyah Shrinivas.

Most people would swiftly re-evaluate every dream they had ever held on to dearly if the world says it’s not their place to dream that dream in the first place. But she kept chipping away to build her secret passageway to her life’s next chapter.

Most struggling entrepreneurs would retreat right back into their cushy holes after realising that starting up entails, almost mandatorily, getting one’s hands dirty. But she took surveys, distributed fliers, made deliveries, spoke to slammed doors and no-shows, and stopped only when her experiment turned into a business.

Most women who manage to make it thus far still crack when their talent is obliviated, passion is questioned, and their position’s respect is regularly flouted.

Metallurgical engineer Sahyujyah stumbled upon the world of entrepreneurship through her cousin, her roommate during college, who was holding the reigns of a startup then. But, having been placed already, she took the offer to work at Tata Steel in Jamshedpur and in Orissa as Operations Manager.But, the rabbit hole she had discovered kept calling out to her.

Sahyujyah got the idea for her high-end fashion rental startup LibeRent from a Hollywood film, the concept being much more mature and commonly accepted in that part of the world.

“I knew if such a service existed, I would use it. At that time, there weren’t many startups in India doing this, apart from the numerous mom and pop shops in various corners of the country,” she says.

But, at the same time, the world seemed to be telling her that having a great idea wasn’t enough, as she was a woman and will have to secure many other loose ends. “My frustration towards the constraints in the society, which I had always felt, magnified while at work.And I had little freedom to even be productive for the company,” she says.

These constraints followed her home too. “I was preparing myself while I worked for a year, learning finance, etc., and started tying up with designers, dry cleaners needed for the business.But, being a girl from a conservative middle-class family, I was not allowed to do anything remotely risky. I just quit without telling my parents. I wanted to start up, and I did just that,” she recalls.

She started sculpting away at the idea in Chennai, all alone, with no money. After surveying lot of women online and offline, at malls and stores and being kicked out over and over, based on the few insights she had rounded up, Sahyujyah took the first leap and started a Facebook page. She got some friends to wear her own outfits, took their pictures and created listings.

She started receiving many enquiries from other cities as well, but since she was doing the deliveries herself, she could only cover women in Chennai. “But doing that I learnt a lot about the requirements of women. I started messaging women in my city on Facebook, even though only one in 10 replied. At a point, I was like a desperate guy befriending all girls on Facebook and FB blocked me for a while,” she laughs, adding, "But I had a genuine profile and women responded to me, and no one reported, so the account was saved.”

LibeRent’s (a play on ‘liberation’ plus ‘renting’) model was thus, crafted after months of trial and error – of clothes, literally, and concepts. Finally, by August 2014, she created a structure where she would source her inventory from up-and-coming freelance designers at wholesale prices, and rent them out for 10 percent of the retail price, charging no deposit either. They have also outsourced their logistics and dry cleaning.

As of now, LibeRent is the only fashion rental startup that delivers in Bengaluru within three hours, to Chennai and Hyderabad in 12 hours, and to Mumbai and Pune in 24 hours, all through a robust and efficient logistics network that enables speedy deliveries.

The company also offers a home trial option, where women can choose up to three outfits to try out at home, and book one to be delivered before the event. The website also has an advanced bust size filter, rather than the conventional S, M, L variants. And once they book an outfit, they are asked to submit their bust, waist, and hip measurements. LibeRent then custom fits the outfits before sending them over.

“This is one area where technology plays an important role for us. The inventory management is highly complex, particularly when one SKU can be fit to different sizes and if it is booked for a particular date, it can’t be available in other sizes. Hence, each size cannot be considered as a different SKU, which is what all the e-commerce sites do,” she says.

Their customer service chat-bot – Liri (meaning freedom in Hebrew) – works 24*7, dispensing suggestions, styling tips, etc., to women who seek them at the oddest of hours. “We are also working on making her more intelligent. She will know the customers' tastes, sizes, budget, etc., and give suggestions accordingly. That’s our future,” explains Sahyujyah.

In January 2016, LibeRent raised an angel round from two investors, Ravi Mantha and Sangita Kathiwada.

“I raised this angel round as a single female founder and it comes with its own challenges.When I started raising funds I was not taken seriously as a 22-year-old girl. I had to prove myself by working for more than a year to let them know I’m in this for the long haul,” she recalls.

But, she insists that it isn’t the VCs fault alone. “If a VC is worried that we would prioritise our marriage over our business, that’s because the society forces women to choose and going by past data, women have succumbed to pressure to choose family. It’s a vicious cycle,” she says.

She started looking for a co-founder to share the load, then, which was an immensely difficult process, she feels. Finally, around February 2016, she rubbed shoulders with Abhishek More, a BITS 2012 graduate, who was working with CA technologies at the time, on Angel List. He was immediately interested at the enormity of the challenge, and adds, as Sahyujya nudges him, that he “obviously also believed in Sahyujyah’s passion and her vision.”

Currently, they are growing at 30 percent MoM. “Our unit economics are pretty solid right now and we make profits in just four to five rounds per outfit,” she says.

Their growth hack has always been to ‘shamelessly steal customers’. “We went out and used up the demand that companies that shutdown had generated, and followed their marketing strategy for the same audience. So, we didn’t have to educate them about renting, we only had to tell them we exist,” she explains.

Another hack for growth, internally as well as externally, is going all out for creating a good customer experience. “I have almost every customer’s number on WhatsApp and almost everyone responds when we text. You would find photos of our customers on our site for many outfits, and not models’ pictures!Some also did social media marketing for us, all for free, just because they loved us and wanted to help,” she says.

The fashion industry in India is pegged at $25billion, which high-street fashion constitutes a third of.

Scores of fashion rental startups have emerged in the past three years, like Flyrobe, Blinge, and Wraped, among others. While some received some validation, like Blinge that raised an undisclosed amount in its first round of funding led by Anupam Mittal, Founder and CEO of People Group, in May this year, some didn’t see the light of day, like Klozee that had to shut shop within six months of getting funded.

“The potential the idea has is huge and in a span of 10 years, fashion rental will become mainstream,” she concludes.