What made a Chinese construction giant invest Rs 700cr in a little-known Bengaluru company? 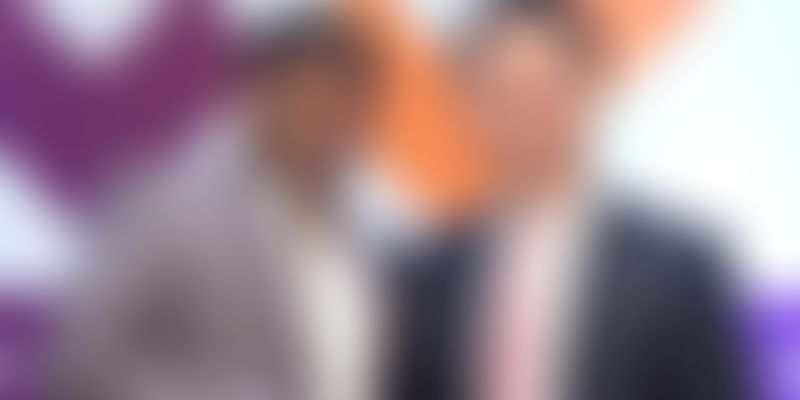 It was the summer of 2016. S Rajesh Kumar, Co-founder of the Fortuna Group, had suffered a personal tragedy — his elder brother and the company’s founder, S Naresh Kumar, had passed away. As family businesses have no framework for succession, commotion ensued. After the completion of six successful housing projects, they found their seventh project bleeding because of the leaderless limbo. The group was in the doldrums — burning cash paying off debts, the company was being hounded by investors about the family’s ability to run the business.

That was when Rajesh stepped up to the plate. Assuming leadership of the group, he took off to Dubai to raise money. “I had to act fast. We were running out of cash. The burden of debt and responsibilities was weighing on me,” he says. He adds that he took four months off and met more than 50 investors to raise capital. But in Dubai, a chance meeting with a Leo Lee, Deputy General Manager at SGWI, turned things in Rajesh’s favour, and he had to do a five-minute pitch. “All I said was that I had partnered with people who had parcels of land bank, we guarantee project completion, and that there was no Chinese fund that had invested in Bengaluru,” he says. Then the DGM left for China with the quintessential businesslike smile.

“I still remember, I did not know whether the man liked my pitch or not,” says Rajesh. Just when he was thinking of selling personal assets to clear the debts, Leo called him, to his surprise, to meet SGWI’s Founder and Chairman Alex Chen. And with Rs 700 crore in Rajesh’s company’s accounts by the end of November, the rest is history. How did this happen?

“I visited Bengaluru wondering what this company was all about. I saw their projects and kept thinking if it would be good to invest. I could have invested with anyone else but when I went to Fortuna’s office, I saw that Rajesh was very focused on family values. That’s when I decided to bet on this company,” says Alex. He says that he invested in trust and that this is the first of many projects, including hospitals and construction material outlets, the company wants to invest in across India.

This is a story of two individuals from similar backgrounds, one from Guangdong, China, and the other from Bengaluru. 47-year-olds Rajesh and Alex had similar middle-class upbringings before making their fortunes. Alex is the son of a primary school principal who, by sheer hard work in math and engineering, moved up in China. “I remember the early ‘70s. There were no books. I lived through stories of folklore and inspiration. My father was the inspiration for a lot of my window into the world,” says Alex.

Although he studied food sciences at Beijing’s China Agricultural University, he was drawn to engineering and construction. At the same time, the student revolution in 1989 and the tragedies of Tienanmen Square set the precedent for China to change.

“I was lucky not to have been at the square. “My father forbade me from participating in the protests and I am glad I listened to him because in the ‘90s, kids like me had the opportunity to build businesses and go global,” says Alex.

Alex began working in an engineering, procurement, and construction company for a couple of years before he realised that he too could execute large-scale government projects because of his expertise. He started off as a consultant by sourcing labour and offering technical services for seven years before moving on to EPC business by setting up SGWI in 2001. “It took me a good 10 years to do projects across the country. I believe that only through learning and building a credible network can you scale up a business,” he says. He adds that since they were the first generation of businessmen in China, they had to prove to the world that they could do it.

However, he adds that while most businesses did not have public faces, the technology industry had icons like Lei Jun and Jack Ma.

“The industry that you are in determines the attitude and high-profile nature of the jobs. However, I am old school — I do not believe in the valuation game. You need to complete projects, pay off shareholders, and take care of your employees,” Alex says.

Having invested in over 20 projects in South Asian and Middle Eastern countries, Rajesh’s Fortuna Group, with its revenues of less than Rs 50 crore, seemed like the perfect entry point for SGWI’s Indian expansion plans. The fact that Rajesh shares the same values was enough for SGWI to invest in the country.

Rajesh is also the son of a small business owner. Thanks to the land bank owned by the family, he, along with his two brothers, had been able to take advantage of the real estate boom that had hit India in 2005. However, beyond the glitter and glam of the real estate barons, these three individuals had it tough because the real estate market slowed down over the last four years. “We always followed the ‘sell-to-build’ model, which is to sell to people and use their money to build a project. This was not a very sustainable model,” says Rajesh. He adds that Chinese companies worked on the ’build-and-then-sell’ model.

“Chinese construction companies are flush with funds and they build projects before they sell to people. This model would certainly help builders in India to scale up their operations and the fact that we have money from large global investors will help us focus on serving home owners better,” he says.

Now that the first tranche of money — Rs 350 crore — has come into the newly-formed joint venture called SGW-Fortuna, Rajesh hopes to complete the first set of apartments and villas by the end of 2021.

This is not the only business that the Chinese company has invested in through this joint venture. It hopes to bring Chinese construction equipment into India and create large-scale wholesale retail centres for building material which will be sourced from China and will be a trading hub for builders. The JV will have a revenue split of 80 percent to 20 percent in favour of SGWI. Fortuna’s 20 percent will be split between the landholder and the developer.

According to the Indian Brand Equity Foundation, the real estate market is $200 billion in size. But the fact remains that the Chinese funds are interested in India. The Fosun Group has committed to investing more than $1 billion in Haryana.

Edelweiss, in a recent report on the real estate market, says, “Though the recent demonetisation drive could dampen residential demand and pricing in the short term, we anticipate the impact to be minimal in the medium-long term. Moreover, we believe the impact will be more pronounced on unorganised players versus organised counterparts.”

The heavens may have smiled down upon Rajesh, but the task of building a pan-India real estate organisation has only just begun.