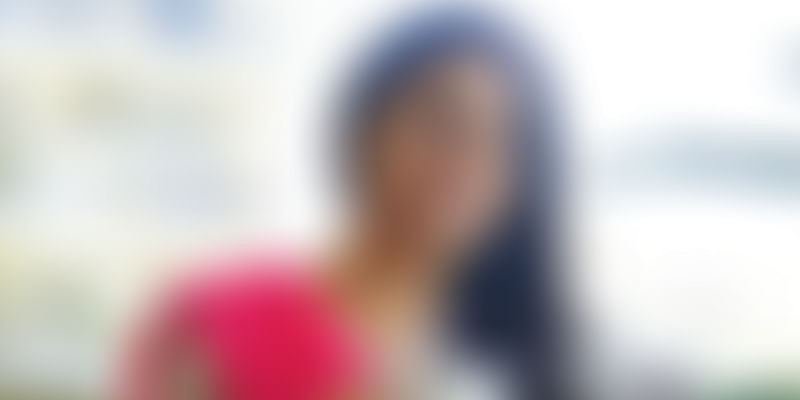 Where do you go for advice on matters that are considered taboo? Topics such as love, sex, and relationships are best kept away from public forums, unless you want a thousand pairs of eyes diverted towards you.

Picture going to a pharmacy and requesting the pharmacist for a packet of condoms or a home pregnancy test. You are sure to be scanned from head to toe by some nosy aunty who, until then, hadn’t even known about your existence. In our society, where rape and molestation are considered crimes provoked by women, where men can never be the subject of sexual assault, and where homosexuality is a disease, it is important to make youngsters understand the actual realities of their bodies and feel positive and happy about them.

Vithika Yadav, a 36-year-old passionate human rights activist started Love Matters, the first ever multimedia platform in India that provides gender-friendly sexual and reproductive health and rights (SRHR) information to adolescents and young people, encouraging them to talk about love, sex, and relationships in an open, honest, and non-judgemental way. It is the first project in India leveraging various technology platforms to provide SRHR information to young people in India.

Right from childhood, Vithika knew she wanted to help people. Hailing from Alwar in Rajasthan, where it wasn’t common for women to come out into the open, Vithika was lucky enough to belong to a progressive family. Her parents always encouraged her to do what her heart truly desired. The positivity that prevailed at home always reflected in her way of thinking. She believes that everyone should be independent and voice their opinions.

Vithika began her career in human rights right after college, when she got an opportunity to intern with an anti-trafficking organisation in Delhi. She was both excited and confused about her decision to choose a career in the development sector and to work on a complex issue like the crime of human trafficking and modern-day slavery. While working on issues of slavery, she realised she was inadvertently also addressing issues like gender inequality, sexual violence, abuse, abortions, poverty, illiteracy, etc.

After receiving her Master’s degree, Vithika decided to carry forward her interest in human rights issues. She had just completed a project on bonded labour with BBC Media Action when her ‘aha’ moment — laying out a platform for sexual health — came.

Love Matters was born out of her personal experience of growing up in India. Vithika says,

“I grew up in an environment where children were told people who spoke about ‘these’ things are bad.”

Vithika, who works for Radio Netherlands Worldwide (RNW) as Country Head — Love Matters India, started the project to fill an existing need. The team conducted extensive research and interviewed young people and found that most of them wanted information about sexual health and wanted it to be confidential (preferably via the internet and mobile phones). They also spoke to SRHR organisations in India and they too felt online platforms would help. Love Matters, the first bilingual platform of its kind was thus started in 2010 and has since received a lot of support from organisations such as Tarshi and the Family Planning Association of India.

The website is easily accessible on any mobile phone and is very conversational in nature with social media channels, a discussion board, and SRHR information.

In the last four years, Love Matters has reached over 14 million people and has the most popular SRHR Facebook page in India.

“Most importantly, we realised we could surpass traditional gatekeepers. There is a lot of shame and stigma associated with it and we are giving our target audience — young people — a space to talk about things. We use pleasure as a hook to have difficult conversations with millions of young men and women around the world and we realised that people were seeing pleasure as a welcome mat to discuss even bigger issues like sexual rights and gender rights.”

In 2013, Love Matters won an award from the World Association of Sexual Health for being the most innovative sexual heath project in the world and in 2016, received the honour of being among the top five digital activism projects in the world as part of the Freedom of Expression Awards.

They now have a global presence in Latin America, Kenya, China, and Egypt and will soon be expanding to Nigeria. Love Matters is a project that can be replicated in any country by partnering with local SRHR organisations, the content being tailored to the context and technology of the region.

When asked about the biggest challenges she has faced, Vithika says,

“Our biggest challenge hasn’t come from traditional gatekeepers but from non-traditional ones such as Google and Facebook. Our website has been blocked and Facebook account suspended four times because the content was deemed to be too explicit. This is a new problem, especially in the world of SRHR, where most organisations work offline. We’re in the process of tackling this challenge, lobbying with online gatekeepers to help them differentiate between SRHR and pornographic content.”

Love Matters has conducted several campaigns, festivals, and events to promote various causes, the latest one being the Delhi International Queer Theatre and Film Festival held on December 10. Love matters, in association with Harmless Hugs, a platform that empowers feminist groups and members of the LGBT community organised this unique event. The goal was to communicate, educate, and transpire the existence of the LGBT community in India.

Vithika, who strongly believes in teamwork, has received several awards and accolades for her outstanding work. Both nationally and internationally, Vithika is seen as an expert on survivor care and protection services. To call her fearless and passionate would be an understatement. One may wonder how she juggles the multiple roles of a mother, wife, social activist, and above all, a great human being. She credits it all to her ever-supportive family — her mother, who she says is incredible and supports her whenever she needs help; her husband, a pilot who ensures he is there whenever need be; and her father, who always encouraged her decisions in life.

She also says that she is inspired by the amazing people she works with and that encourages her to do better and better.

In a world where people have to think twice, thrice, or perhaps four times before taking a leap, this determined lady has gone all-in for a cause she cares about.

More power to you, Vithika!