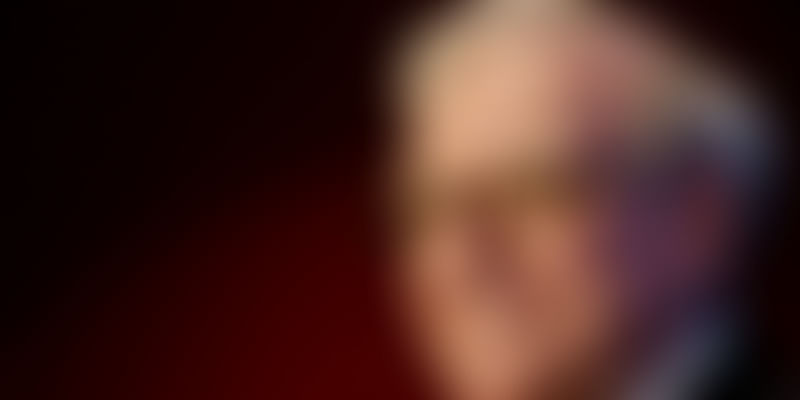 September 2008 was a time for desperate measures. Barclays was the only entity that gave some hope of buying over Lehman Bros, which was otherwise headed for bankruptcy. Amidst all the heat and tension of stitching together a near impossible deal, Barclays reached out to Warren Buffett, asking him to provide insurance for the British bank’s bid.

Buffett asked them to fax the terms in an hour’s time. After an hour, he checked his fax machine twice and then retired to bed. Days passed, Barclays-Lehman deal didn’t materialize, which culminated in Lehman declaring bankruptcy. About a year later, Buffett checked his phone (which he sparingly used) for voice mails and found a message from Barclays stating: “Warren we are running late, can we send our terms to you over the weekend?”

In an interview with Fortune, Buffett jokingly stated that “if you want to know the real reason for Lehman’s fall, you got to listen to this voice mail.”

Jokes apart, during the 2008 financial crisis, corporate America leaned upon Buffett several times to seek his advice, support, and even investment. During that period, Buffett made several investments in GE, Bank of America, and Goldman Sachs. By securing the investments, these corporates got an endorsement from the world’s most credible investor, which restored faith and a sentiment of optimism.

“It takes 20 years to build a reputation and five minutes to ruin it.”

It is this unblemished reputation of being an astute investor, an ethical businessman, and a collaborator that has earned him such high credibility.

Two decades back, Buffett was a major investor in Saloman brothers and this company, unfortunately, got caught in a bond trading scandal that nearly forced them to shut shop. Amidst all the chaos, Salomon called upon Buffett to jump in and salvage the situation. Buffett put his personal reputation at stake and assured the Securities & Exchange commission that the firm would fully cooperate in all investigations and leave no stone unturned to ensure such a crisis wouldn’t recur. Buffett spent a painful nine months handling this crisis but ensured that he cleaned up all the mess and brought the firm back on track.

Several years later, Buffett’s heir apparent at Berkshire Hathaway, David Sokol, was accused of insider trading during Berkshire’s bid for acquiring Lubrizol. Buffett did not allow his many years of association with Sokol to colour his judgement, and within days Sokol resigned and moved on from Berkshire.

If you look at Buffett’s empire, it comprises of several wonderful companies that have all been built by working collaboratively with the founders. Buffett gave them enough confidence, empowerment, and his sage advice, which helped in creating unprecedented synergies. The “Oracle of Omaha” as he is called, had a golden hand, whatever he touched turned to gold itself.

In today’s corporate world, we see many smart “business operators,” people who reduce cost, improve topline, and drive productivity. But there are very few leaders who have built and maintained their credibility through the crests and troughs of their careers.

In another interview, Buffett was asked about his definition of a good business. He replied by saying,

“A good business is one that generates high returns on its tangible assets and grows.”

The audience was quiet for a few moments and then burst out in laughter and appreciation of such an articulate and simple response. Any other business magnate would have spent several minutes explaining the complexities of the business landscape, how there are several levers that define success and how it is all dependent on the life cycle of the enterprise and the macroeconomic context etc, etc.

I have been a huge admirer of “simplicity in thought” and this is another of Buffett’s qualities that I rarely see in any other business leader. His ability to translate the most complex phenomena and explain the fundamental logic in a simple almost colloquial manner is magical. What’s even more interesting is that he uses the same principles in his business decisions consistently time and again to create success for himself and others.

The corporate world can learn much about the virtues of credibility and simplicity and their importance in developing an immensely successful organisation. We may not get another Berkshire Hathaway for several decades, but in Buffett we have the right benchmark to follow and attempt to emulate.