This Noida startup collects and recycles cigarette waste, and even pays you for it 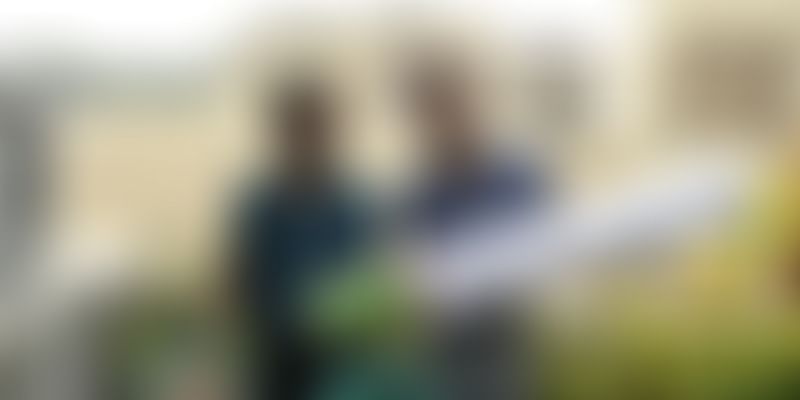 A single cigarette is as harmful to the environment after it has been smoked as it is to the person who smoked it. With huge amounts of cigarettes being bought and used all around the world, it is no surprise that the amount of trash generated is also mind blowing. The butt of a cigarette, discarded after smoking, is an extremely dangerous environmental hazard, and tonnes of them are littered every day, making it the most littered item in the world. These butts are made of a synthetic polymer called Cellulose Acetate, and it takes anywhere between 18 months and 10 years for them to fully decompose. Cellulose Acetate is a non-biodegradable plastic filter that is extremely harmful to the environment.

Meet Vishal Kant and Naman Gupta, two young residents of Gurgaon who launched the startup 'Code', which recycles all kinds of cigarette waste. The duo got this idea from a party that they attended, where they found plenty of cigarette butts lying around. Shocked to see such a degree of wastage, it was like a break point for them, since they were already thinking of starting something up together. Speaking to Hindustan Times, the duo said, "It was a typical bachelors’ house where we would party. Because so many people came there to hang around, cigarette stubs were found almost everywhere. It struck us that if we could recycle it and make something out of it, it would save a lot of waste."

With that, in July 2016, they launched Code, a one-stop solution for all sorts of recycling purposes. The startup recycles every single component of the remaining cigarette, and what's interesting is that they even pay people for handing over cigarette waste to them. The startup pays Rs 700 for every kilogram and Rs 80 for every 100 grams. Cigarette consumers and also vendors can get paid by selling their cigarette waste.

The treated filter is 99.9 percent safe for use as they treat it with chemicals and ensure the byproducts are checked and approved by the labs from the Bureau of Indian Standards (BIS), after which stuffing material is made from the recycled waste. The startup has collected over 10 kilograms of cigarette waste like ash, tobacco, filter and paper in the last three months, and they are aiming to amplify their reach all across India.

Based out of Noida, Code has over 70 customers, out of which 50 are vendors. They came up with the idea of VBins, a serviced package for the dumping of cigarette waste. A garbage collector from Code collects it once every 15 days. Vishal is 25 and is an engineer by profession, while Naman is a graduate from Delhi University.

In an interview with The Better India, Dr Vishal Rao from HCG cancer centre said, "Cigarette waste is a huge environmental hazard today. Most of the cigarette filters are carcinogenic and can contaminate drinking water too if disposed of in our water bodies. There is also the fear of birds, fish and animals eating cigarette butts, which can be disastrous." With a lot of discussion happening all around the world about pollution and global warming, this is an excellent initiative by these young professionals from Delhi, who are doing their part in environmental conservation.