Will Flipkart finally get much-needed ‘kalyan’ under new CEO? 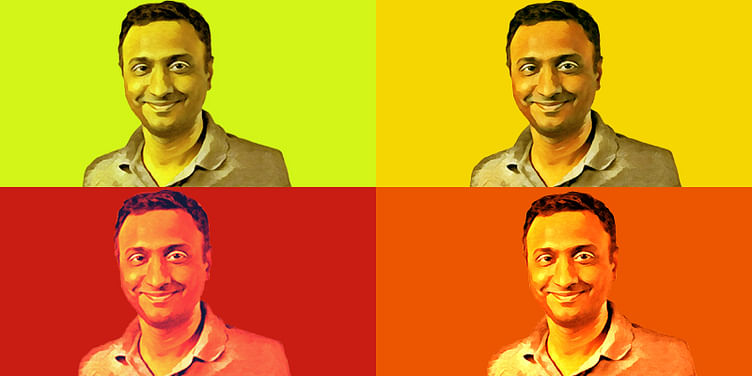 “Yeh toh hona hi tha,” says a veteran consultant from India’s startup world on Kalyan Krishnamurthy taking over as Flipkart CEO, “Things have not been working for Flipkart since 2015, and the Board was running out of patience.” The person, who spoke on the condition of anonymity, has worked in a consulting role with several of India’s startups, including Flipkart.

This sentiment is very different from that expressed during Flipkart’s heyday in 2014, when it raised $1 billion in funding and acquired fashion e-tailer Myntra. At that time, Sachin Bansal and Binny Bansal – Flipkart’s founders and currently its Executive Chairman and Group CEO respectively — could do no wrong. Then, Flipkart was supposed to be on the fast track to becoming the most successful startup India has produced. Industry insiders were talking about imminent multi-billion-dollar exits.

But a series of missteps in 2015 and 2016, like the mobile-first strategy that got shelved, hiring senior Silicon Valley talent who did not stay, losing their customer service advantage, and giving Amazon an easy chance to overtake the company in sales, has changed perceptions drastically. A number of entrepreneurs, investors and other industry insiders YourStory spoke to over the past several months all share one sentiment. They hope Flipkart doesn’t blow the historic opportunity it has, considering the important role it plays as a bellwether of the Indian startup world. What was once a certainty – that of Flipkart beating all competition and becoming the undisputed industry leader – is now a hope for some, while for others, the dream has faded.

Will Kalyan be able to turn around the company and the sentiment? That’s the question on everyone’s mind and lips.

So, what should Kalyan — in his second stint at Flipkart — focus on?

While Flipkart has numerous challenges ahead, the most difficult battle that it is facing may be that of perception. For winning this, Kalyan will have to take some quick, and maybe even hard, business calls. The perception battle is being fought primarily across three arenas — customers, employees, and the larger startup and business world.

So, what will Flipkart have to do to win the perception battle?

When Amazon entered India in 2013, Flipkart was at the top of its game. It had just crossed a valuation of $1.5 billion. It raised $360 million in 2013, and nine months after Amazon’s India launch, in March 2014, Flipkart crossed the magical $1 billion GMV mark. This showed the world, and specifically its American competitor, that Flipkart was not a pushover. But the past two years have not been easy for the company. Amazon has poured billions of dollars into its Indian operations, and has not put a foot wrong. The Seattle-based e-commerce major is the one with the swagger now. In under four years since the launch of operations in India, it has caught up with Flipkart in almost all metrics, and has even beaten it in some areas like assortment of goods. Its depth in many categories is clearly much better than Flipkart's. While Flipkart had a strong logistics and supply chain in place, Amazon has built up an enviable network, with over 20 of their own fulfilment centres and more than 50 seller-owned warehouses. It also outsmarted competition by launching such initiatives like same day delivery and using mom-and-pop stores for customers to pick up packages from. In July, August and September of 2016, Amazon beat Flipkart in the most important metric – gross sales.

It was in June that Kalyan was brought back to Flipkart, ostensibly as Head of Category Design. However, it was the startup world’s worst kept secret that Kalyan was calling the shots at Flipkart. Kalyan focused on Big Billion Days – Flipkart’s most important sale of the year – and the company beat Amazon during the festive sales. But Amazon is not just sitting around; it is launching new services and continuing to focus on growth. It has launched a city-specific platform for small sellers to go online, as well as a service that allows users to sell second hand goods and other items as individuals.

Amazon in India focuses on three pillars – selection, low prices and fast delivery. These are the areas in which Flipkart will have to beat Amazon, and that will mean going back to the basics. It needs to launch a few big-bang customer service-related initiatives to wrest the advantage away from Amazon. While Flipkart has been focusing on tech innovations, with mixed results, it needs to do more in the areas of business model, logistics and customer service innovation.

If it can make Amazon sweat in any of these areas, Flipkart will be sending a strong signal to the industry, and to its employees too. Obviously, customers will be happy if it provides them with better services.

Gross sales at any cost – that has been the mantra for e-commerce in India in general. This is most obvious in the case of Flipkart, which reportedly lost Rs 14 crore per day in FY 2016. This Economic Times report states that business promotion cost doubled to Rs 1,100 crore in FY 2016. Most of e-commerce sales is still driven by discounts. Flipkart was the one that started the discounting game as, until Amazon entered, it had the deepest pockets. Now, the company has to look at its bottom line along with its top line. This goes back partly to the earlier point of becoming innovative, offering customers something apart from just low prices. It will have to cut down on discounts sooner rather than later.

But discounts are just one part of the problem. Flipkart has a very large team (talent cost stood at Rs 1,880 crore in FY 2016) of around 30,000. “Kalyan is the best person that Flipkart can get at this stage to cut down costs. He will be focusing on cost rationalisation, and that will include job cuts,” says a person who has direct knowledge of the plans at Flipkart.

The company will also need to focus on categories beyond electronics and mobile phones – its biggest sales generator. It has already begun to do this, and is focusing heavily on large appliances and fashion - both of which offer better margins.

Cutting losses and growing sales at the same time must definitely be one of Kalyan’s goals. It will also help Flipkart signal to the world that it can build a profitable venture.

Flipkart’s spate of senior executive exits and constant management rejigs has given it an image of instability. Sure, it is a fast growing company in a very young industry. Yet, the constant announcements of high profile hires, who then leave in a few months, as in the cases of Punit Soni, Peeyush Ranjan and Sanjay Baweja, has given it very bad press. The changes in organisation structure too could be managed better, internally and externally. That said, the elevation of Kalyan seems to have been the smoothest transition till date at Flipkart. “The communication (of Kalyan being appointed as new CEO) was made only yesterday to the team. But there is not much impact because of this change as Kalyan was already running most of the business,” says a Flipkart employee who did not wish to be named.

However, a number of current and former employees YourStory spoke to say that things are a little too flexible at Flipkart. “The focus changes almost every month. One month we are focusing on mobile-first, then web is back. The reporting structure changes every few months. There is always this stress about what will be the next change,” says a former senior employee who quit Flipkart in mid-2016 due to this very reason.

Hiring and retaining quality talent and fixing the organisation structure, which will require getting the business focus right, will mean projecting an image of stability to the outside world and to its own employees.

A person who has worked closely with Tiger Global says that Kalyan’s appointment is meant to be a signal to international players like Amazon and Alibaba. “This is signalling. Lee Fixel (Partner at Flipkart’s investor Tiger Global Management) is telling them (Amazon and Alibaba) that Tiger is in no hurry. They will fight it out,” says the person, who spoke on condition of anonymity, like all the people who spoke with YourStory for this story.

However, Kalyan needs to deliver results fast. Otherwise, the signal will fade.