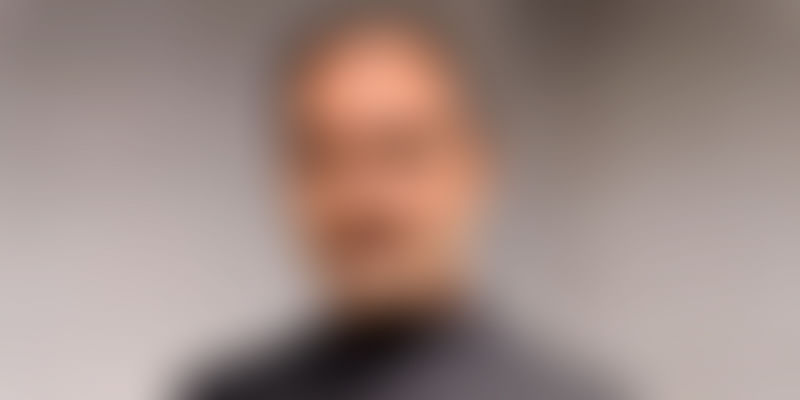 In 1985, then 30-year-old Steve Jobs was unceremoniously removed from his own company, Apple. In retrospect, Jobs claimed that it possibly was one of the best things that happened to him. At his Stanford University speech, Jobs famously said:

We had just released our finest creation – the Macintosh – a year earlier, and I had just turned 30. And then I got fired. How can you get fired from a company you started? Well, as Apple grew, we hired someone who I thought was very talented to run the company with me, and for the first year or so, things went well. But then our visions of the future began to diverge and eventually we had a falling out. When we did, our Board of Directors sided with him. And so, at 30, I was out... and very publicly out. What had been the focus of my entire adult life was gone, and it was devastating.

Fast forward to 1997, Apple became the proverbial sinking ship and the company needed to do something fast. Apple ended up acquiring Jobs’ NeXT for $427 million, bringing Jobs back to the company he co-founded.

Needless to say, the Silicon Valley has several stories of founders and entrepreneurs building, re-building, and being a part of their company. Apple is just one famous case in point. Founders are the key to an organisational growth and high performance.

According to a study by three professors at Purdue’s Krannert School of Management, companies where the founder still plays a significant role as CEO, advisor, board member or chairman are more superior and display lasting performance.

To be or not to be

Quoting the evidence, Harvard Business Review states that S&P 500 companies where the founder is still CEO tend to be more innovate, create patents that are more valuable, generate 31 percent more patents, adapt the business model, make bold investments to renew and adapt the business model, and demonstrate a certain willingness to take risks to invent for the future.

On January 9, 2017, when Kalyan Krishnamurthy took over as CEO and Binny Bansal moved on to become Group CEO, the Indian startup ecosystem was taken by storm.

When you are a CEO and not a founder, you can take decisions dispassionately. There are fewer sentiments. Flipkart has top talent, but the challenge is to get them to move forward with the company.

There have been speculations of whether a founder needs to be CEO or not. Sanjay Anandaram, Mentor, Venture Partner Seed Fund, Advisor at iSpirit, believes:

That purely depends on the founder. There are different skill sets that take a company from zero to 100 and a completely different set of skills needed to take the company from 100 to 10,000. And managing that company of over 10,000 purely depends on the kind of skill sets the founder has. You cannot expect a 25 year old to head HR of a company that has over 50,000 people. This isn’t because of the age, it is because he/she just lacks the needed experience and know-how.

But Sanjay agrees that while a founder might not necessarily be CEO, it is important that the founder continues to play a key role in the company, either on the board, as an advisor, strategist, or chairman. He believes that the founder brings in the intrinsic vision and value to a company that a non-founder cannot bring in.

While a non-founder brings in the skill, the founder was the one who started the company with a particular vision and drive. He/she brings in the intangible and deeper intrinsic benefits to a company like the drive, vision, and focus.

A study conducted by Bain & Co., to figure out why exactly founder-led companies outperform discovered that during the starting out days how founders built their companies on the inside, influenced their success on the outside, for a significantly long period of time.

Not the run-of-the-mill kind of people

This is clearly defined in the book by Chris Zook and James Allen – The Founder’s Mentality. These the authors believe aren’t vague notions that are hard to pin down and take forever to change. They say these are concrete actions and a particular approach to business can be quantified, studied, and even matched for results. Most of these, in fact, are learnable, usable, and observable for all leaders.

Wharton School of Business published an analysis of recent exits for over 50 high-tech companies such as Concur, Danger, BladeLogic, LogMeIn, NetSuite, and Liveperson. The study found that founding CEOs consistently beat the professional CEOs on different metrics like amount of funding raised, exit valuations, return on investment, and time to exit.

Adding to this point, Hari T.N., former Chief People Officer at TaxiforSure and now the Head HR at BigBasket, adds:

Founders aren’t your regular run-of-the-mill kind of people. They are made of a different DNA and their ability to think differently. It is this very ability that keeps the company nimble, lets it innovate, take risks and create better products and services. Lose this and the company runs like a bureaucracy and just loses its innovative edge, one of the biggest examples of this is IBM. It no longer has the edge it once had.

This view seems to be quite favoured among investors like Andreesen Horowitz. He, in fact, has been very vocal about his preference in investing in businesses where the founder is the CEO. Take any great tech company – think Amazon, Facebook, Dell, Microsoft, Intel, Oracle among many others, they have had the founders as CEOs for a long time.

Many believe founders have the moral authority to make hard choices. They know the details of the business, have deeper instincts and have a long-term perspective on investments and building long lasting companies.

However, as companies grow profitable growth becomes more challenging and only one in 10 companies achieve it over a decade. In their book, Chris and James found that many businesses lose their sharp sense of purpose as they grow. This is the reason that only 13 percent of employees across the world feel any personal engagement with their world.

In Harvard Business Review, Chris adds that engaged employees are 3.5 times as likely to solve problems themselves and invest personal time in innovation as unengaged employees. Hari says,

Founders bring in perspective, which others cannot, but every founder cannot necessarily be a CEO. There are different skill sets needed, and that skills can be got by someone else, but the goal and vision for a company are driven from the founder. The company culture is established by the founders, and it is that culture and vision that creates the employee drive.