From connected cars to home automation, Reliance Jio is trying to be more than a just telecom player 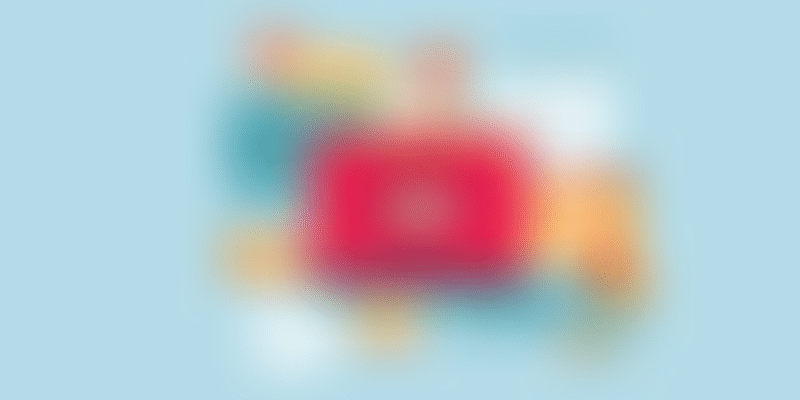 Of this workforce, 70 percent is engaged in giving shape to the new business revolution that is Reliance Jio, which Reliance Industries Limited sees as the beginning of a new dawn. And that's quite in order, as the third generation of Ambani’s – Akash and Isha – is getting ready to take the helm.

Having taken the country by storm with its almost-free service, Reliance Jio has already seen its subscriber base surge to more than 72 million from nothing in just four months, according to company officials.

But that’s not all. The Mukesh Ambani-owned telecom operator has triggered a spree of predatory pricing in the industry, leading to a sharp fall in revenues of other telecom operators in the country. Just this week, Bharti Airtel Ltd, India's largest mobile operator, reported a 55 percent drop in profits for the December quarter.

Other incumbents are haemorrhaging too. Idea Cellular, the Aditya Birla Group-owned company, is expected to report a net loss of Rs 448 crore for the past quarter, its biggest since listing. Analysts and the media are blaming the mayhem in the telecom market on the pricing war being waged by Reliance.

No doubt Reliance is also bleeding at the moment as a result of its predatory pricing. But there is no reason to believe it's going to keep playing this let's-see-who-lasts-the-longest game. They have bigger plans up their sleeve. According to a company spokesperson, Jio never wanted to be tagged as simply a telecom provider – that is just one route for the company to power different business models on the ground.

YourStory recently visited Jio’s headquarters in Mumbai at the company's invitation where it was given a sneak preview of the Reliance's ambitious plans which it will be setting in motion over the course of this year.

At present, Reliance Jio is focused on providing the best user experience while activating an entire ecosystem. Although not wanting to be just a telco, Jio still falls under the Telecom Regulatory Authority of India (TRAI), and needs to follow regulations while onboarding new customers.

Working on the fundamentals of being truly digital, the Jio connection, according to officials, takes 15 minutes to activate, with a Jio PoS application given to merchants for faster sales. Besides, officials say that more than 90 percent of connections given are through biometric verifications. While introducing the ‘Scanbox’ for merchants, Jio wants to remove the hassle of Xerox and printouts, making do with just the photograph of the ID proof.

According to the spokesperson, transferring data from one phone to another is often a problem. That’s because it is manually done at the retailer’s end, and the process involves the transfer of existing data from phone to computer to the new phone. This can lead to privacy of data being compromised.

Introduced in Reliance outlets and all other leading electronic stores, their switchNwalk device helps customers transfer their data from one phone to another by emitting a WiFi hotspot.

At present, this service and hardware is completely free at these stores. The device is connection-agnostic (i.e. it works with any network connection) and the company has also introduced this feature to consumers through their JioSwitch-Secure app.

The WiFi and VoLTE Proposition

The JioFi range of devices double up portable WiFi hotspots that, the Reliance official informs, can be connected to by 32 devices.

But here’s the catch - most phones that are about a year old or so still work on age-old 2G or 3G networks. Further, even if the LTE (or 4G)-enabled voice function manages to travel through these 2G or 3G networks, they would be non-VoLTE (Voice over Long-Term Evolution) variants.

But Jio claims that through JioFi, customers can convert their old technologies to VoLTE. By connecting the device to your phone, the call would be connected through the sim inserted into the JioFi devices, with the front end being the Jio4GVoice app.

VoLTE is a higher standard for voice calls and connectivity. Moreover, the Jio4GVoice also allows users to add their location or an urgent message while calling their contacts.

According to officials, Jio is also planning to enter the public WiFi segment and is in talks with authorities to set up one million WiFi hotspots across the country. These hotspots would be located in public places like gardens, cinema halls, schools and other institutions. However, the company will first roll out its entire bouquet of services for consumers before kicking in this strategy.

The company plans to activate its public WiFi network this year but officials won't say how they are going to monetise it.

Jio is also betting big on the smartphone market through its subsidiary smartphone brand, LYF. According to officials, these smartphones will be priced in the range of Rs 2,000 for the base models to Rs 20,000 for the premium models.

Not many know that JioMoney Wallet has been live for more than a year now. Like most digital wallets, this mobile wallet allows customers to make instant cash transfers, recharge their phones and do much more. Jio claims to have deployed 8.2 lakh terminals, with about 1.5 lakh online and offline merchants.

What’s different? JioMoney is also beefing up presence in terms of physical outlets, where customers can either refill their digital wallet by paying hard cash or withdraw cash from it.

JioMoney is also in talks with authorities to activate its payment services across all toll booths and public metros using NFC or near field communication technology. This will allow money to be deducted automatically from your Jio Wallet as you cross a toll booth or a ticketing check post at a metro.

At present, you can buy NFC stickers from the market for Rs 100. The JioMoney service also allows consumers to make payments to other individuals’ mobile numbers. This is the only service that is interoperable and doesn’t require a Jio network.

With apps like JioMags (for magazines), JioNews (for newspapers) and JioXpressNews (for breaking news or content), which are free till December 2017, Jio plans to monetise its content piece as well. With close to 16 magazines (5,000 issues) and 40 different newspapers in 10 different languages, users can sift through a multitude of content and even access newspapers archives dating back two years.

While their JioTV app allows live streaming of television programmes (impacting the businesses of the likes of HotStar), you can stream movies using JioCinema, which gives you access to movies as old as 20 years. JioCinema also has rich inventory of regional movies including those from Bengali, Gujarati, Kannada, Punjabi, Telugu, Marathi, and Tamil cinema.

Things to watch out for

This year, Jio also plans to enter the 'Connected Cars’ space with its Car Connect platform. The Jio hardware, connected to a car, not only makes the entire automobile WiFi-enabled, but also allows onboard diagnostics of the machine. All cars manufactured after 2013 have an OBD port that's used to diagnose problems, if any, with the machine.

Besides telling you about the car's location, it also warns you about handling issues such as if you are breaking hard, or driving at a high speed in low gear. It also allows users to send panic alerts, while allowing consumers to even switch on their air-conditioning before entering the car.

Jio is also talking to OEMs (original equipment manufacturers) to integrate this as a B2B solution and provide better analysis to these vendors.

Jio is in the process of laying its optic fiber network across homes. It is working with societies in South Mumbai and Bengaluru to complete the last mile connections of these networks.

Connected to the optic fiber networks, the home gateway router can connect to up to 44 devices. This is the base WiFi provider. This is where Jio seems to be kicking its Home IoT (Internet of Things) strategy.

Customers will need to buy a shield box, and connecting it to the television’s HDMI ports will give them access JioTV and JioCinema applications making your TV smart. According to officials, the shield box will also come with a joystick for gaming fanatics and a voice-enabled controller. Customers can plug their headphones into the controller to mute their television.

Moreover, through other apps like MediaShare, viewers can actually shift their half-watched movie or video from one device to another for an uninterrupted experience.

Jio is also betting big on home automation and surveillance systems. The company is positive that it will be able launch most of the home and connected cars features by the end of this year.

All in all, it is safe to say that as Jio adds close to 600,000 users on its network every day, it is paving the way for a wider play beyond pure telephony. The free offers seem to be part of a strategy to get users hooked to the service, and charge them at a later stage for all the premium offerings.

The officials agree that the Jio network of the future will be monetised not on the data, but on the bouquet of tailor-made offerings for your home, car and other services.