From rags to riches: The story of Kedar Jadhav, India's latest cricket sensation

It was India's first ODI against England, in Pune. Batting first, the home team was struggling at 63/4, with top ODI players like Yuvraj Singh and MS Dhoni back in the pavilion without having scored much. Skipper Virat Kohli was struggling and that was when local boy Kedar Jadhav arrived at the crease. Settling the innings down for some time, Jadhav showed the English bowlers no mercy. Scoring a quick 120 from 76 balls with 12 fours and 4 sixes, Jadhav got the team to a commanding position along with his captain Kohli. The massive 356 on the scoreboard earned India a thrilling victory. Man of the match Jadhav delighted his home crowd and also his parents, who were sitting in the stands.

After another victory to follow the first, India had got down to chasing England's 321 and the team was again reeling at 173-5 with a huge required run rate to cover. With the entire top order gone, there was no hope for India until Jadhav started to play an aggressive innings, finding the boundary at every opportunity. India got really close to victory and lost by 5 runs but a crucial 90 from Jadhav got the team that far.

This is the story of the latest sensation from Pune, Kedar Jadhav, who turned out to be a decent middle-order batsman for India.

Hailing from a small town called Madha in the Solapur district of Maharashtra, Jadhav's initial stages of life were not very good. His father was a clerk in the Maharashtra State Electricity Board and Jadhav had three elder sisters who were very good students. Uninterested in education, Jadhav dropped out of school after the ninth grade.

Initially, he represented a local cricket club in Pune and after a lot of hard work, got selected for Maharashtra's U-19 team in 2004. Practising for hours at the PYC Hindu Gymkhana grounds in Pune, Jadhav rose quickly in the domestic format. It was in 2012 when he made his first triple century by scoring 327, the second highest by a Maharashtra batsman ever in domestic cricket. He was a superstar in the 2013-14 Ranji season, scoring 1,223 runs with six centuries. He was the highest run-scorer in that season and the fourth highest of all time in domestic cricket.

An underdog who has been a run machine for Maharashtra for almost 10 years, Jadhav finally caught the attention of the selection panel and the BCCI. The Delhi IPL team Delhi Daredevils bought Jadhav in 2013, the team he represented from 2013 to 2015. He was traded to Royal Challengers Bengaluru in 2016.

After trying to make it big wherever he could, Jadhav finally got the call to represent the national team against Bangladesh in 2014. Though he didn't get a chance to play in the series, he made his ODI debut against Sri Lanka in the same year. It didn't take him long to score a century as he scored 105 off 87 balls, his maiden international hundred, against Zimbabwe in 2015.

In the recent ODI series against England, Jadhav proved his mettle by being the backbone of the middle order and by being someone who can deliver when it is needed the most. His ability to run hard between the wickets and be this fit at the age of 32 shows the amount of hard work and effort Jadhav had put in all this while.

While speaking to The Hindu, Jadhav's mentor Surendra Bhave says, "He himself realised that he had wasted an opportunity to nail a match on his own while batting at number six, a position where one’s failure is often highlighted more than success. He knew that he had to capitalise on the next possible opportunity and it was so heartening to see him do it here."

Jadhav's story is nothing short of inspirational and proves that patience and dedication will never lead you astray. 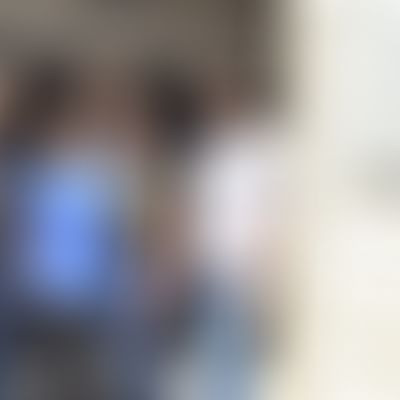