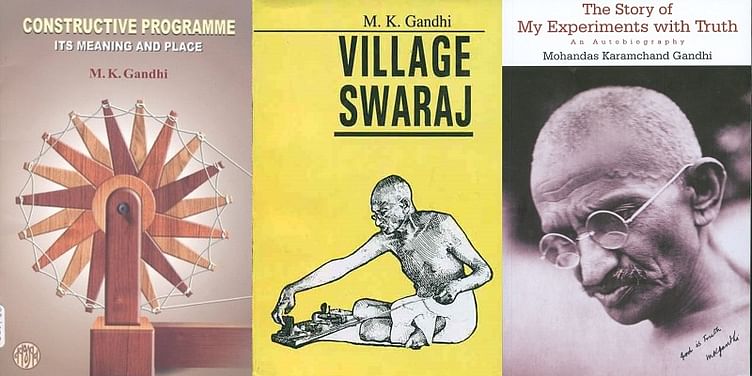 Mohandas Karamchand Gandhi, also known as Mahatma Gandhi - ‘Mahatma’ meaning great soul - is considered to be one of the greatest Indians of all time, having fought for India’s freedom through non-violent and peaceful means.

Decades later, we still remember Mahatma Gandhi in our hearts for his unparalleled life and teachings. Whether it was his fight against illiteracy or his effort to uplift the distressed sections of society, we always saw him fight for what he believed in.

The man, who has been much talked and written about, penned down quite a few books himself. In his writings, he spoke exhaustively on the role of industrialisation, villages, mental health, honesty, hard work, and social progress. Here is a list of five must-read books from his collection for every entrepreneur.

The Story of my Experiments with Truth

This detailed account consisting of 105 self-penned essays covers all aspects of his life from early childhood up till 1921. It provides a deep social and spiritual perspective of how he developed his life’s principles and how he remained fierce in his beliefs throughout. This is a book that will surely give you an understanding of a man tirelessly stretching his arm towards perfection.

It’s a book written in 1909, when British rule coming to an end in India had seemed like a distant dream. Yet, we realise while reading this book that he had already envisioned his goal as a reality, and a path to that goal as well.

India of my Dreams

A compilation of passages from writings and speeches of Mahatma Gandhi gives us an idea of the dream Gandhi had of a completely free and independent India. This book is a tremendous source of inspiration in the hands of visionaries and big thinkers as profound wisdom comes through reflection on dreams.

This book contains Gandhi’s views on the decentralisation of economic and political power through the organisation of Village Panchayats so as to diffuse widely among ordinary people a capacity of collective activity.

Constructive Program- Its Meaning and Place

Constructive Program, a term coined by the man himself, is a method to promote self sufficiency in the community by building systems and processes to carry out a struggle. This book proves to be useful in understanding the creation of successful institutions that are not disruptive and have the capacity to build as well.

All the above books are a treat to any visionary, imparting an abundance of knowledge that this great visionary held.