Meet Farida, who not only beat cancer but found the strength to help others 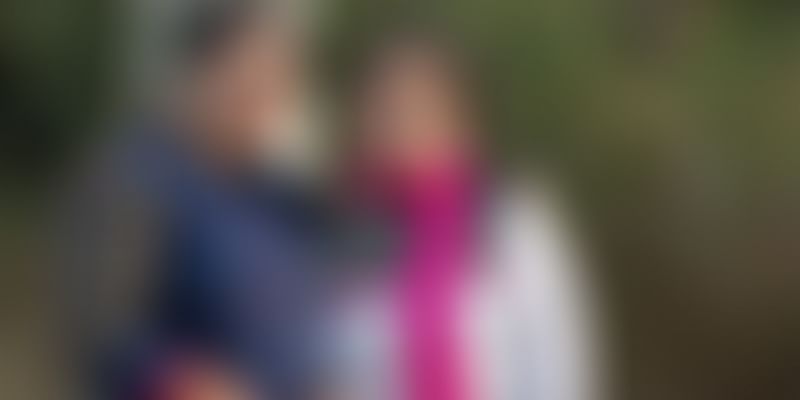 Mother, counsellor, gamer...Farida Rizwan wears many hats with panache. But there’s a queen-sized crown she wears, and that’s of a survivor. She is the fourth member of her family to be diagnosed with cancer. Her father was afflicted in 1992, her sister in 1994, and her own diagnosis happened in 1996. Her mother succumbed to breast cancer 10 years later, in 2006.

“I was feeding my 11-month-old daughter when I felt a hard lump in my breast. At the time I thought it may be hardened milk, but when I did a self-examination later in the shower, I realised this was something else. I went to the doctor and a biopsy confirmed that it was Stage 3 infiltrating breast carcinoma,” says Farida, now 50.

Doctors gave her two options: she could either conserve her breast or opt for a complete mastectomy. Farida says that she did not have much guidance at the time, and her only priority was “quantity and not quality of life”. “I just wanted to be there for my children. I did not care how I looked. I did not have to undergo radiation, but I did go through 12 cycles of chemotherapy. Later, I was told by another doctor I could have indeed conserved my breast. But, at the time my priority was that I had to be around (for my children),” she says.

It was a harrowing time for her family. At the time of her diagnosis, her sister was in the final stage of her breast cancer treatment. But there was worse to come. Her daughter Farheena was diagnosed as a child with special needs. The family reeled under blow after blow. “They couldn’t do much for me. It was not that they did not want to, but they just did not know what to do. The last straw was my diagnosis. They were also in denial because they felt I looked ‘normal’. They even wondered whether someone had put a curse on us!”

Farida dealt with the situation by spending more time with her children. “During my chemo, we lived in Rajarajeshwarinagar, and my daughter was being treated at Bangalore Children’s Hospital. My doctor encouraged me to walk 5 km daily from my home to Omkar Hills. I would carry my daughter on my walks, because as a special needs child, she started walking only by the age of five. My arm, which had become painful to use after my surgery, got stronger as I had to keep picking her up. I was determined to see how much I could push myself.”

Farida’s resilience was perhaps shaped at birth itself: she was born with a clubfoot. It was further strengthened by the realisation that she had to be around for her children. “My daughter was nervous and cranky and my son was scared. He would sit quietly in the corner. All I wanted was to see my parents and my children smile again. Looking after my sister had taken a great toll on my parents. They had aged 10 years overnight. I also had ambitions for myself. In school, I had been a topper in both academics and sports despite having a clubfoot. My marriage ended my education, but I wanted to achieve more. My diagnosis made me resolve that this was not how I was going to die.”

She ways, “I divide my life into BC and AD – Before Cancer and After Diagnosis. For better or for worse, I was never the same person again.” Prior to her diagnosis, Farida confesses she had little patience for those who said they were depressed or were going through an illness. “I did wonder if cancer would make me even more insensitive. But I changed. I started listening to others, understanding their pain, and what they were going through. I started wanting to be there for people.”

According to her, going for counselling after being diagnosed with cancer was ‘a blessing’. “That made me realise the importance of listening to other people and helping them by offering my insights. I earned a diploma in counselling. I also completed graduation and post-graduation courses in counselling and psychotherapy. Today, I work as an online counsellor.” She counsels people across the globe, and her job keeps her busy all day and well into the night.

Her son Rayyan and daughter Farheena have been her pillars through her ordeal. “I feel blessed. They are good children and have taught me things that were not in me. I can never be grateful enough to Rayyan. He encouraged me at every step and even supported me through my graduation and post-graduation. I could not have done any of this without them. I now spend my evenings listening to how they spent their day. So my days are packed with counselling, blogging, and my children. This makes me happy.”

She works for a website, helping with content writing and research. In her spare time, she loves going for rides on her two-wheeler. An avid gamer, she competes with online communities and against Rayyan too.

Farida, who is a part of the Pink Hope Cancer Patient Survivor Group, has been raising awareness about breast cancer among communities in the city, online, and even in Byndoor, her hometown in coastal Karnataka.

She recalls the time the doctor first told her she had cancer. “I remember thinking, ‘I have cancer. I will not let the cancer have me.’ I am not a good loser, and it was a challenge. I never focussed on the fact that I could die. I set myself goals to finish my education and become financially independent. So my advice is to focus on life and not what is going wrong. Even thoughts like ‘I will overcome cancer’ still puts the focus on cancer. Focus on other things.”