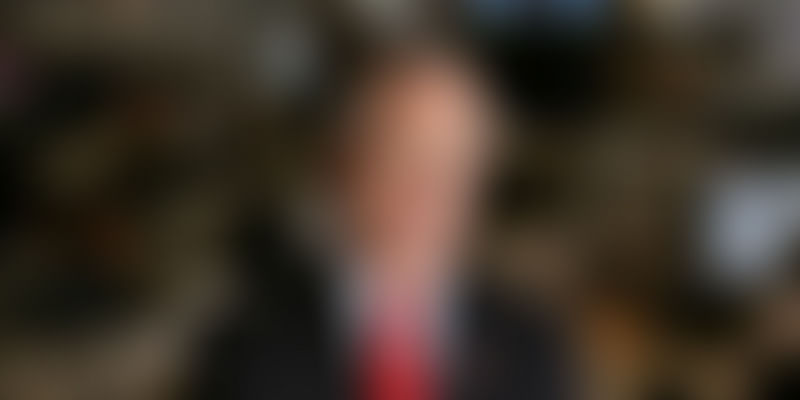 Michael Bloomberg may be in the papers for his hard-pressed political views, but it is his prowess in the field of innovation and entrepreneurship – two sides of the same coin – that have guaranteed him the seat of honour at most global events.

Bloomberg began his journey as a clerk at Wall Street, worked his way up to Partner, and was then fired from the position when he tried to change the structure of the age-old business system. This marked a turning point in his career because he realised that to truly bring about a progressive change in the existing economy, he needed to create a new kind of business – one that stemmed from the true roots of innovation and experimentation.

Thus in 1981, the international multibillion dollar conglomerate Bloomberg L.P was launched. From here on, Bloomberg concentrated on expanding his already intimidatingly large empire and spent the next 20 years as its Chairman and CEO. In 2001, he decided to turn his attention towards politics by running for mayor. He served as the 108th Mayor of New York from 2002 to 2013. Today, he is the sixth richest person in the United States, with a net worth of $40.3 million.

Bloomberg delivered a commencement speech to the Stanford graduating batch of 2013, and he used this opportunity, through his customary dry wit and enigmatic oratory, to urge the students – and everyone else present – to “work hard, take risks, follow your passion and embrace innovation.”

Following are a few lessons and excerpts from the speech that we can take back with us:

“Most people who dream of dollar signs can never quite get rich enough while those who do what they love often find more riches than they ever imagined possible.”

The age old battle between money and passion has been widely discussed in literature, cinema, and music. Citing his own example, Bloomberg spoke about how when he was launching his own company, people thought he was “crazy” because the startup era and the tech revolution had not quite surfaced by then. Money was unstable and the future seemed bleak, but he decided to turn a deaf ear towards his critics and invest everything he owned into his dream. And today, that same dream has made him one of the richest men in the world.

Don’t be afraid to challenge the system

“Technological disruption drives innovation. And the more disruption there is, the better markets perform and the harder it is for monopolies to survive.”

Despite Bloomberg’s successful climb up the ladder at Wall Street, his insistence on changing the rigidified existing systems and call for new measures was not received well by his contemporaries, and consequently he was let go in fear of imminent disruption. However, he stayed true to his convictions and decided to implement all these new, revolutionary measures into his own business, which brought him to the level of success he enjoys today. To this end, he encouraged the graduating batch to indulge in technological disruption, because that is what drives innovation, which in turn allows the markets to perform much better – free from any form of monopoly.

“There will be many times in your life when you have to decide whether to play it safe or follow a dream. Most people play it safe…But if you won't risk failure, you won't fulfil your potential.”

All successful individuals can tell you that playing it safe never got anyone anywhere. Entrepreneurs will always face the brunt of making some difficult choices which could either change the face of the company for the better or risk them losing it all. However, without taking a game-changing risk, you will never realise your true potential – one that will drive you into the waves of real success.

Make the most of what you’ve been given

“You've got that opportunity – and it's the most valuable thing you'll own in your life. Don't waste it. Don't let complacency eat away at it. And don't walk away from it when things don't go your way.”

As humans, we tend to take things for granted very easily. Even if it takes bucket-loads of sweat and blood to reach our goals, the minute we do – we tend to get lax and wrap ourselves deep in our individual comfort zones. This is what leads to our downfall. Bloomberg states the same and urges the audience to never get too complacent or even too impatient in the professional world because either could surmount to wasted potential.

Setbacks are the key to success

“If you don't encounter setbacks in your career, if you don't have doubts and disappointments, you're not dreaming big enough.”

Bloomberg stated at the very beginning of his speech that making it big in the professional world comes with its fair share of hiccups. No successful person will ever say that their journey to the top of the ladder was a smooth one. Rather, they’ll be the first to tell you that it’s a slippery slope with pitfalls through each step along the way. However, it’s these pitfalls that will make you understand the society, economy, and even polity of any given structure better on a macro scale, and on individual businesses, markets, and consumer-trends on the micro scale. Without these impediments, individuals would never have battled through the challenges to realise their maximum potential and so, according to Bloomberg, if you haven’t faced them yet, then you’re definitely not dreaming big enough.

On a closing note, Bloomberg rounded up with a quote from Martin Luther King’s empowered speech to the students of Stanford in 1964, where he said, “Human progress never merely rolls in on the wheels of inevitability. There is always a right time to do right and that time is now.”