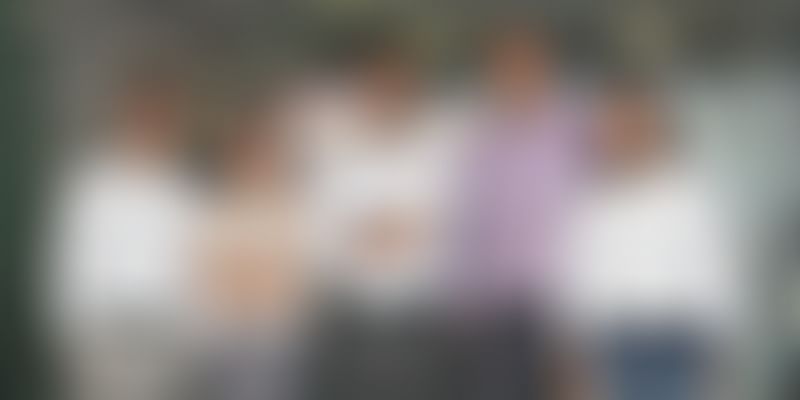 The branded snacks market is worth $3 billion, according to PWC, and it’s an opportunity for many new brands to enter.

Snacking is an official pastime of the world. How about doing it for some energy and healthy living? That’s how it all began for Maulik Mistry, from Mumbai, in 2014. This lanky and cherubic founder of Pure Snacks Limited is busy for 18 hours a day.

It is 9 pm, and Maulik is on a whirlwind visit across Bengaluru. He meets his team in a restaurant and questions them about their daily operational achievements. He checks if the products have been stored in all the retail outlets and whether some of the retailers are followed up on for payment settlements. He also makes sure his distributor is happy. By then, it is close to midnight, and Maulik books an Oyo Room on his smartphone. Does his day end there? No! He writes mails for the next couple of hours to the factory and other distributors in Mumbai. The next morning, he is in Mumbai by 10 am, working out a national distribution strategy for his brand, Mojo Bar.

“There is a need for new brands in the country that can connect with the lifestyle element of the young India,” says Maulik, founder of Pure Snacks Ltd, which manufactures Mojo Bars.

The idea and the business

The idea was born in the US, while Maulik was working for the FMCG giant Nestle. He finished his engineering in India in 2008 and his MSc in Industrial Engineering at the University of Southern California in 2010. For three years, he worked with Nestle and understood what it meant to set up processes that can scale up operations. That’s when the entrepreneurship bug bit him. He returned to India in January 2014 and immediately went ahead and met people who could help him set up operations to manufacture a snacking bar. He befriended Chirag Bhatia, an operations expert, and Kunjan Parekh, a food scientist, to help him in his endeavour. He also brought in Vishal Keni, a senior sales executive, to help him with distribution and to expand the company pan-India.

“I began questioning people on the kind of snacking bar that they would like and what kind of ingredients they would like in it. At an outsourced lab, we began to experiment with fibres and protein that made sense,” he says. The company had invested Rs 25 lakh by then. Till June 2014, they spent all their time getting the licenses for setting up a company and manufacturing the product. They spent a good 18 months on the R&D of the product before hitting the market.

The initial task of finding a manufacturer took centre stage for Maulik, Chiraj and Kunjan. They met over eight manufacturers and finally homed in on one in Pune. The manufacturer in Pune understood the processes that this young team needed. By January 2016, Maulik and team began working with around 75 kirana stores in Andheri, Mumbai, to test the market.

Around the same time, a large retail chain in the city championed the young company by stocking their product in their store in South Mumbai. In the early part of 2016, the company began to rapidly develop their network. They signed up 15 distributors who could give them a national footprint. Around 80 percent of their business comes from retail outlets. Impressively, while being a young company, it has achieved a turnover of more than Rs 1 crore. The company also hopes to raise over $500,000 to expand operations beyond Bengaluru and Mumbai.

According to PWC, the snacks market is worth more than Rs 21,000 crore. It is dominated by the likes of Unilever, ITC, Pepsi, Coca-Cola, Parle Industries and Parle Agro. There are eight other startups competing in this space, Yoga Bars, Green Snack Company and Valencia Nutrition among them. While each one works hard to build a distribution network and reach a new audience, it is important that they keep the taste and messaging consistent with the brand ethos. Mojo Bars has taken the health route, with antioxidants, fibres and proteins as the core message.

“There are several startups in India that can build brands thanks to the internet, which has created new age customers. It allows experiments to happen on a wide scale with new brands. It is here that new brands can succeed,” says Prem Kumar, founder of SnapBizz, a retail technology company.

Maulik believes that in the initial days of building the company, an entrepreneur must do the maximum with the least amount of money. “I can take care of building the distribution now that Chirag takes care of the operations and Kunjan takes care of new products,” he says, happy that he has good partners sharing the burden of building a company.

Now in Mumbai, Maulik and team don’t rest. They are constantly tasting new flavours and working out on a new set of products to be launched by next year. The success depends on the Mojo they have as a young team. They have the right snack to do so.