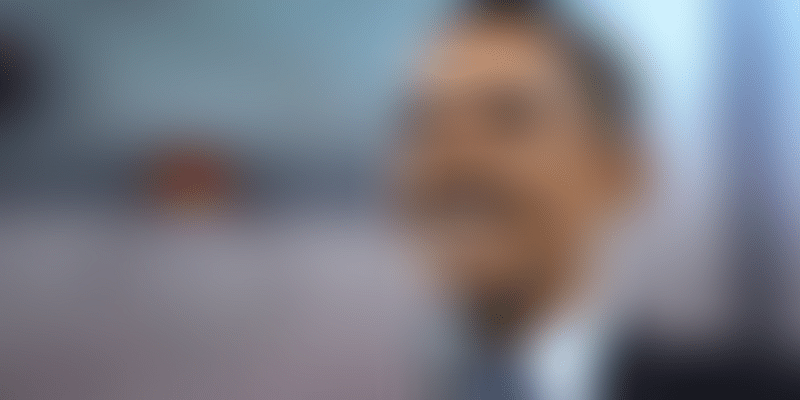 US President Barack Obama today asked Americans to unite and protect the country's democracy which he said is being threatened by racism, inequality and a corrosive political environment as he made his farewell speech after eight years in the White House.

Obama, 55, said in his address to the nation from his home town at Chicago,

Democracy can buckle when we give in to fear. So just as we, as citizens, must remain vigilant against external aggression, we must guard against a weakening of the values that make us who we are.

The 55-year-old outgoing President lamented that despite his historic election as the nation's first black president in 2008, "race remains a potent and often divisive force in our society."

After my election, there was talk of a post-racial America. Such a vision, however well-intended, was never realistic," he acknowledged.

Obama's presidency will come to an end on January 20 when Republican Donald Trump would be sworn in as the 45th President of the US. Obama promised a peaceful transfer of power to Trump in the coming weeks. Without mentioning Trump, he used his speech to offer an implicit rebuttal to many of the contentious themes like temporary ban on Muslim immigration that characterised the 2016 presidential campaign.

Obama said in his yet another inspiring speech said he rejects discrimination against Muslim Americans, and drew cheers for saying,

they are just as patriotic as we are, I've worked to put the fight against terrorism on a firm legal footing. That's why we've ended torture, worked to close Gitmo, and reform our laws governing surveillance to protect privacy and civil liberties. That s why I reject discrimination against Muslim Americans. That's why we cannot withdraw from global fights to expand democracy, and human rights, women s rights, and LGBT rights no matter how imperfect our efforts, no matter how expedient ignoring such values may seem, he said.

Obama warned his countrymen that American democracy is threatened whenever they take it for granted.

All of us, regardless of party, should throw ourselves into the task of rebuilding our democratic institutions. When voting rates are some of the lowest among advanced democracies, we should make it easier, not harder, to vote," he said. When trust in our institutions is low, we should reduce the corrosive influence of money in our politics, and insist on the principles of transparency and ethics in public service. When Congress is dysfunctional, we should draw our districts to encourage politicians to cater to common sense and not rigid extremes. And all of this depends on our participation; on each of us accepting the responsibility of citizenship, regardless of which way the pendulum of power swings, said the US President.

Also read : 5 reasons why Michelle Obama is the coolest FLOTUS ever

He also warned economic divisions have intensified racial divisions, particularly at a time when the growth of the nation's Hispanic population continues. To be serious about race, Obama said laws to fight discrimination in hiring, housing, education and criminal justice must be upheld and "hearts must change."

But we re not where we need to be. All of us have more work to do. After all, if every economic issue is framed as a struggle between a hardworking white middle class and undeserving minorities, then workers of all shades will be left fighting for scraps while the wealthy withdraw further into their private enclaves. If we decline to invest in the children of immigrants, just because they don t look like us, we diminish the prospects of our own children because those brown kids will represent a larger share of America s workforce, he warned.

The economy doesn't have to be a zero-sum game, he said, adding that last year, incomes rose for all races, all age groups, for men and for women. For the fight against extremism and intolerance and sectarianism and chauvinism are of a piece with the fight against authoritarianism and nationalist aggression, he said adding if the scope of freedom and respect for the rule of law shrinks around the world, the likelihood of war within and between nations increases, and our own freedoms will eventually be threatened.

He said no one can defeat America unless "we betray our Constitution and our principles in the fight".

Rivals like Russia or China cannot match our influence around the world unless we give up what we stand for, and turn ourselves into just another big country that bullies smaller neighbors, he stressed.

After successful eight years of his presidency, Obama said he is leave this stage even more optimistic about this country than he was when started.

By almost every measure, America is a better, stronger place than it was eight years ago when he took office, he told thousands of supporters.

"This generation coming up unselfish, altruistic, creative, patriotic I ve seen you in every corner of the country. You believe in a fair, just, inclusive America; you know that constant change has been America s hallmark, something not to fear but to embrace, and you are willing to carry this hard work of democracy forward. You'll soon outnumber any of us, and I believe as a result that the future is in good hands, Obama said.

Also read : Getting the audience to love you — lessons from Michelle Obama’s recent speech

Ultimately, that's what our democracy demands. It needs you. Not just when there s an election, not just when your own narrow interest is at stake, but over the full span of a lifetime. If you re tired of arguing with strangers on the internet, try to talk with one in real life. If something needs fixing, lace up your shoes and do some organising, Obama said.

He insisted that change results when ordinary people get involved, get engaged and come together to demand it. In his closing remarks he said he had one final request for Americans as president: I am asking you to believe. Not in my ability to bring about change - but in yours.