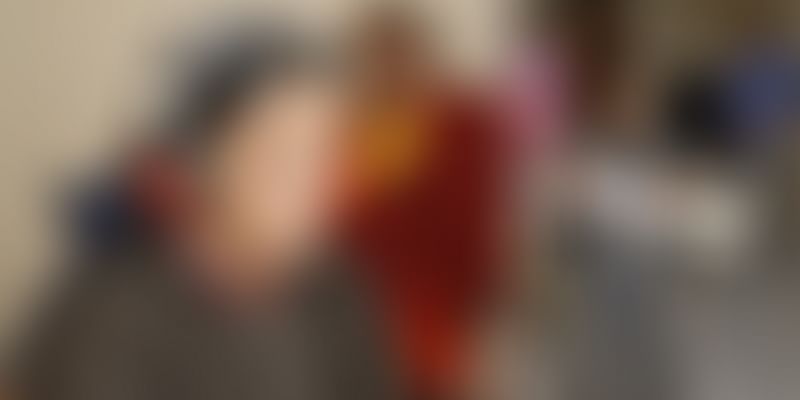 Dhondhuramji, a 60-year-old man, lost his right leg in an unfortunate accident while crossing the railway track. It had just been a year since he was married and he had a 12-day-old daughter, who's future he hadn’t even started dreaming of. The accident left Dhondhuramji jobless for nearly six years, forcing his wife to take up odd jobs to support the family.

This was nearly 25 years ago. One day, he heard of a local Jaipur Foot Centre and got himself a Jaipur foot fitted. Life finally changed. He took up a job as a Supervisor at a nearby Handicap people's organisation, went on to committedly work for 22 years and retired recently. However, his organisation was so happy with his work efficiency that they even asked him to extend his stay.

In another instance, Yash, an eight-year-old disabled boy, couldn't play, run, dance or climb – all things a normal childhood is made of. His parents would have to carry him to school, and they often recollect him sitting in a corner, eagerly watching his friends play. Yash had one short leg. But, today with a customised Jaipur foot, Yash is able to do everything with ease, from winning school competitions to dancing in performances.

An overview of India’s disabled population

In a 2011 report, the World Health Organization estimated that 15.3 percent of the world's population is dealing with a disability of some kind. Per 2011 Census, India's 2.21 percent of the population is disabled; a marginal increase from Census 2001 when the figures were at 2.13 percent. The most common form of disability is movement, constituting 20.28 percent of the disabled population. This is followed by hearing (18.92 percent) and seeing (18.77 percent).

A worrying concern is that 63.66 percent of the disabled population is not working. Of these, 29.12 percent are dependent on others, 9.76 percent perform household duties, and only 3.53 percent draw a pension. There is a critical need to economically empower India's disabled population and integrate them into the mainstream society.

While this calls for a greater collaboration amongst the Government of India, public and private sector, and non-profits, there are organisations such as Ratna Nidhi Charitable Trust who are silently working towards making the disabled, abled.

Initiated in 2001, Mahendra noticed that disability was a visible issue, failing to be tackled. So, he made a humble beginning in Gujarat, his home state. Through his known networks, he collaborated with community-based organisations operating in deep, inaccessible rural areas and started organising mobility camps. Their process is extremely simple – a patient enters the mobility camp to get tested and once the results are positive, prosthetic legs are customised according to the patient's needs and fitted. On an average, a mobility camp lasts two to three weeks.

Over the years, Ratna Nidhi's fleet of custom-built mobile orthopaedic hospital vans and experienced personnel can fabricate prosthetics in few hours. "A patient walks in with support in the morning, and by evening they are able to walk out independently," affirms Amruta Shinde, Senior Manager at Ratna Nidhi Charitable Trust.

The mobility camps aren’t just limited to the Jaipur foot. With experience and an in-depth understanding of the critical need to intervene in the disability space, Ratna Nidhi slowly expanded to provide calipers to children/youth affected by polio, tricycles, wheelchairs, crutches, and hearing aids as well.

"Since 2001, we have provided nearly 2.3 lakh appliances. Our aim now is to cover every district in Maharashtra," says Amruta. She further says, “This year alone, our aim is to impact 3,000 lives.”

The non-profit recently won the prestigious Google Award for its development of the Ratna Nidhi Leg, a customised artificial leg that uses the concepts of 3D imaging, scanning, and printing technologies. This new process eliminates the need to transport mould materials to the amputee's location, significantly reducing the entire time, enabling doctors to reach vulnerable populations such as landmine victims as well as doubling Ratna Nidhi’s current capacity. The organisation is currently testing the new design to understand the artificial leg's performance and comfort level.

Ratna Nidhi is also one of the few organisations that have worked extensively in the Himalayas – organising mobility camps in Leh, Kargil, Srinagar, and Dharamsala to name a few. “The Himalayas are left behind as there aren't many organisations that work there due to the geographical deterrents. Even in a city like Mumbai which is so well-connected by the local trains, it's extremely difficult for a disabled person to travel two to three hours independently to reach our centre. How will people in the mountains manage?,” questions Amruta.

There’s little wonder that Ratna Nidhi’s next ambitious project is a mobility camp at Leh’s Mahabodhi International Meditation Centre, which is aiming to impact at least 400 people by providing Jaipur foot to amputees, wheelchairs to people with spinal cord disabilities, and calipers to polio-affected children and youth. Ratna Nidhi is currently running a fundraiser for the Leh’s mobility camp which is scheduled in June. Amruta says, “We are looking forward to empowering the disabled in the remotest areas of the Himalayas to be independent. We are encouraging online Samaritans to contribute towards this project. With as little as Rs 2,500, we can provide one prosthetic to a patient, gifting them a life of ability."