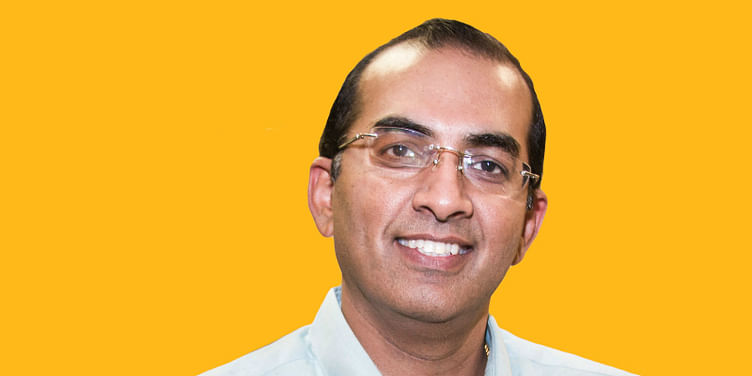 Roambee, a Silicon Valley and India-based Internet of Things (IoT) monitoring startup, on Thursday announced that it had raised $3.1 million in strategic investment from Deutsche Telekom’s corporate customer arm, T-Systems, and $1 million from its existing unnamed Silicon Valley-based investors. This takes the startup's Series B total to $4.1 million.

Through a global partnership, Roambee and T-Systems aim to digitise global enterprises through real-time logistics-tracking and provide visibility solutions for goods and assets in the Americas, Africa, Asia, and Europe.

Founded in 2013 by Sanjay Sharma, Roambee is an IoT-enabled smart logistics and asset management company that delivers on-demand real-time visibility, tracking, and condition monitoring for goods and assets in-transit and in-field. Roambee is powered by its 'location-aware' intelligence cloud platform and follows an on-demand business model where customers pay only for the shipments or assets they track.

Roambee consists of a 50-member team spread across different locations, both in India and abroad. Sanjay, CEO of Roambee, has over 17 years of entrepreneurial experience building technology startups from the ground up. He had earlier co-founded and led two successful Silicon Valley technology startups - KeyTone Technologies, which was acquired by Global Asset Tracking Ltd, and Plexus Technologies, which became an ICICI Ventures portfolio company.

Roambee considers its USP to be providing customers greater control over their goods and assets, increased business efficiencies, and improved mitigation of risk. The startup has over 100 customers in India, including companies like Nestle, Blue Dart and GlaxoSmithKline. With their recent Series B fundraise, the company plans to expand their services across the country. Anette Bronder, Director of T-Systems’ Digital Division, said,

While there are multiple use cases across sectors, Sanjay noted that one of the solutions is real-time monitoring of the temperature and location status of highly-sensitive pharmaceutical goods through the entire shipment process with the use of actionable data and real-time alerts. The system also allows for counter-actions if deviations are reported.

In summary, Roambee will provide Software-as-a-Service (SaaS) applications that include wireless portable sensor devices and cloud-based software, reporting, and predictive analytics. The solution will be provided on T-Systems’ platform, which offers access to a global infrastructure of data centres and cloud solutions from a wide partner ecosystem. T-Systems operates the service from its data centre in Germany, in accordance with data privacy regulations. Customers receive defined real-time event alerts and reporting, historical reporting, and actionable data analytics.

Compared to western markets, the Indian logistics space is considered to be hard to crack. Sanjay noted that he sees large headroom for growth in India and considers it to be a key market for them. While Roambee is primarily a SaaS solution, he noted that they have got requests for white-labeling their products and services from some organisations.

While most of the shipments tracked so far have been on land, going forward, Sanjay aims to enter other modes of transport like air and sea. Having been a part of the engineering team at NASA earlier, he also noted that there is a market for Roambee's solutions to track the condition of space shipments and monitor components there. Their 'Bees' will have to be modified to suit those environments, though. Talking about their work with NASA, Sanjay said, "NASA is currently using our service for the next generation launch to Mars."

While India will be their centre of operations, Roambee aims to enter and strengthen their position in markets like Brazil, Mexico and Canada in 2017 by hiring and setting up operations in those geographies.