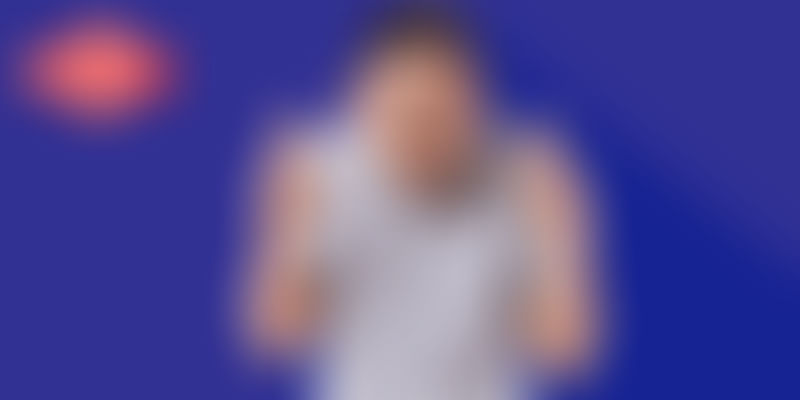 As we move closer to this year’s Budget, the enthusiasm of the startup community is less than lukewarm. Compared to last year’s fanfare, this year, startups are wary and are waiting to see whether the Budget will really help them or not.

It is that time of the year again. The 2017 Budget is right around the corner, and this time, it comes a month in advance. This time around, as the Finance Minister prepares to enter Parliament on February 1, there are mixed views and opinions of how the Budget could pan out. While all Union Budgets are heatedly debated and discussed, the upcoming one is going to be subjected to deeper scrutiny.

Last year, the Budget had given rise to a sense of enthusiasm in the startup community, especially since it followed the January 16 launch of the Startup India, Stand Up India programme. The government also announced the GST, and it looked like a positive year for startups. However, demonetisation and the slow start seen by the Startup India initiative has left startups and investors feeling less buoyant this year.

In 2016, the corporate tax rate was at 25 percent for manufacturing firms, and startups were promised a 100 percent tax exemption for three years, while the Make in India policy granted a 100 percent deduction of profits for startups adhering to certain conditions (MAT would apply).

However, in all, 23,000 queries regarding the policy were answered and 1,200 applications were received, of which only 428 had the relevant documentation.

As on December 7, 2016, there were 497 startups recognised by the Startup India policy. Of this list, about 60 percent are healthcare, IT solutions, food processing, agritech, and biotechnology-related companies. There have been no criteria announced for the selection of these startups, and that is something that needs to be disclosed.

With demonetisation and the push towards a cashless economy, many believe that tax rebates should be the focus of this year’s Budget. Bhavin Turakia, CEO and Co-founder of Directi, believes that as a natural result of demonetisation, the time is perfect to increase the tax exemption limit and also the corporate tax limits. It is also important for the government to take steps to help startups tide over the move’s immediate effects.

“Furthermore, with the increase in cash flow within banks, advanced technological infrastructure will help facilitate seamless transactions and improve the overall banking system as we enter into the new financial year,” says Bhavin.

Many founders also hope to see some movement and clarity this year in the Startup India policies. Currently, a lack of clarity in terms of what is done and different restrictions has led to a certain disillusionment towards what can be expected this year.

A stronger focus towards helping startups with incentivising investors, favourable cost of capital laws, and better policies, are what will help in fuelling a digital economy. This growth is possible by creating a clear roadmap with a self-sufficient landscape for entrepreneurs. Sandeep Agarwal, Founder of Droom and Shopclues, says,

“Entrepreneurism, by itself, is a very demanding career for an individual, and minimising government intervention can help them achieve success. In the coming years, internet can become a $3 trillion industry, as it was designed to be autonomous and free by nature. We should be restricting rules, policies and definitions that curtail the natural growth of industry.”

Every time you trade in the market, there is a Security Transaction Tax, which Nithin Kamath, Founder and CEO of Zerodha, believes to be not a tax on an earning but on a transaction. “While the government is doing a lot of things to fast-forward growth, these things can act as roadblocks to that very development,” he says.

After the announcement of the ‘fund of funds’, the Small Industries Development Bank of India (SIDBI) is yet to disclose all the funds it is going to support. Today, only GVFL, Orios Venture Partners, Ideaspring Capital, Kae Capital, IFCI Venture Capital Fund's funds for SME advantage, and the Parampara Early Stage Opportunities Fund have received funding. And between these funds, only Rs 168 crore has been disbursed so far. There has been a proposal to put a further Rs 290 crore into two more funds.

The CanBank fund, which is separate from the Rs 10,000 crore fund of funds of Startup India, is in limbo as well. The Centre launched this fund of funds with an aim to help startups from the electronics and IT sectors create intellectual property, expressing a willingness to invest up to Rs 2,200 crore in the initiative.

This fund, the Electronic Development Fund (EDF), floated by the Department of Electronics and Information Technology, will invest 20 percent of its fund in nano-science research.

By and large, most of the investor community expects little from the Budget this year. “While there could be policy works and other tax rebates, there is little, I think, that will affect the startup ecosystem with this year’s Budget,” says Raghav Bahl, VP, Bessemer Venture Partners, India.

The focus needs to be towards ensuring an increased GDP growth. Amit Somani, Managing Partner, Prime Ventures, also doesn’t have an optimistic view of the year’s Budget. He believes this year, the startups need to focus on their work. He says,

“If there is one thing that I believe the government can do to truly help startups, it is making it easier for startups to do business with the government. There need to be more mutual synergies.”

The Budget this year will also be essential in helping businesses understand and gain better clarity on the GST. Abhishek Chakraborty, Executive Director, DTDC, believes that the strengthening of all IT-related infrastructure and projects will be key to extract the best out of the entire demonetisation drive. He adds,

“It will be great to have the government take concrete measures to ensure a secure IT infrastructure for rapid technology adoption, to empower citizens to go digital. Lastly, measures that will increase operational efficiencies, such as infrastructure development, and boost trade are what we are hopeful for.’’

While 2016 began with a slew of government announcements, it will be interesting to see what the progress has been over the year and what the government has in store for the year to come.

Bhavin believes that the Union Budget 2017-18 should include definitive SOPs (statements of purpose) and tax rebates to encourage and boost e-payments. Moreover, to achieve the goal of financial inclusion, the government should also rationalise indirect taxes and charges levied with respect to digital payment transactions, and further incentivise companies operating within this space.