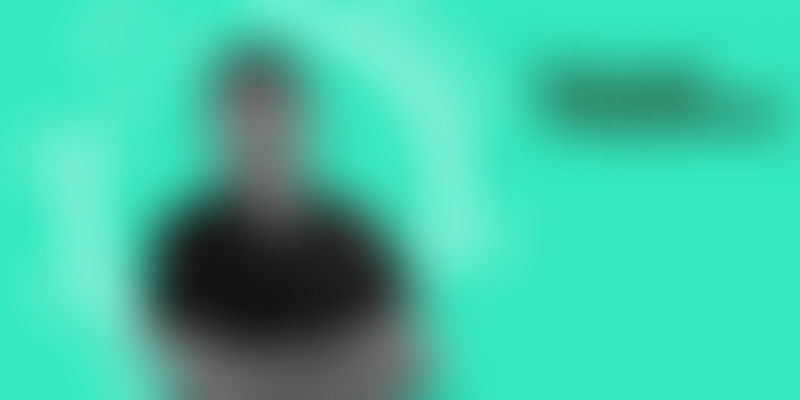 Techie Tuesdays is back, with more interesting stories of some of the best brains from the tech scene in India and the world. And we believe there is no better way of restarting our weekly column than by featuring a valued mentor. Santosh Rajan is the founder of GeekSkool, where he trains the next generation of programmers. From pursuing mechanical engineering to becoming a programmer, entrepreneur, consultant and then teacher, Santosh's journey is studded with plenty of lessons we can all learn from.

After a year of silence, Techie Tuesdays is back. We are stoked to relaunch our longest running column, where we get up, close and personal with some of the best minds in the tech world. This week’s Techie Tuesdays is building an army of tech geniuses in Bengaluru. After dominating the Yellow Pages revolution of the 1990s and failing at his first startup more than a decade ago, Santosh Rajan is going strong at 56.

Here’s an account of a geek who is an astrophysicist at heart and a programmer-cum-teacher extraordinaire during working hours.

Santosh grew up in Dar es Salaam, the largest city in Tanzania, an East African nation. A lasting memory from his childhood was listening to a conversation between his father and his friends. He recalls,

In 1968-69, sitting in balcony, looking at stars, they were discussing about science and said that in next 40 years we'll find the answer to the universe. It was a general belief in 1960s, with the way science was progressing, that everything you want know in science will be known by the year 2000.

This stayed with 8-year-old Santosh then and his interest in science, especially physics and maths, grew. And since then he has fostered a throbbing curiosity to find answers to the universe's existence.

In the 1970s, it was almost a tradition to pursue engineering if you were good at maths and physics. Though Santosh was interested in physics, he had to still take the engineering route. Santosh got admission in NIT Calicut(formerly the Calicut Regional Engineering College) where, in the absence of computer science engineering, he chose to do mechanical engineering.

Programming in the times of mainframe, and an awkward exit

In 1982, after graduation, Santosh joined an industrial market research organisation. It had a PC that ran on an operating system called CP/M (Control Program/Monitor). Interestingly, nobody knew how to operate the machine and Santosh started learning programming, mostly on his own. After learning the software, Santosh decided to leave the company as it didn't have much to offer for his programming skills. He joined a company developing an ERP system but had to leave that too. He shares the reason for his second exit,

The company was developing an industry vertical solution and the founder wrote the core of the system while we developers had to develop all the modules around the core, like billing, inventory, HR. This core, which was a company secret, was locked up on a floppy disc. One weekend, we got fed up because we (developers) had to write to an API and we couldn't see the whole thing working. So, I thought that I'll write a core which will connect everything. Starting Friday night, this was done by Monday morning and everything was working fine.

The founder initially thought that developers had stolen his floppy disc. Santosh realised later that this core was superior to the one kept locked on the floppy disc and even the founder's insistence to stay couldn't hold him back.

In 1985, Santosh joined Boots India, a British pharmaceutical giant then, as a senior software engineer. Boots was working on Ivory tower mainframe machine in Mumbai. Santosh was hired to move things out of mainframe and implement PCs and networking in the company. Then, Yellow Pages, and a significant part of his career, followed.

In 1987, the first Yellow Pages contract was given by MTNL for Mumbai, Delhi and Kolkata. The company that bagged the contract hired 27-year-old Santosh as Head of IT for the (then) Bombay Yellow pages. He recollects,

"Those days, the Yellow and White pages were made using imported million-dollar mainframe computers."

But Santosh decided to not use mainframe. He instead went for a jugaad. He used PCs and networked them together for less than half the cost, and finished the required job as well. He says,

People thought they had to sort A to Z in one mainframe. I realised that for making directories, we need only 26 machines to sort each alphabet. We completed the task with only 16 PCs in the end, as some alphabets had less database/names. So, while Americans were using a mainframe to sort data from A to Z, in Bombay, we were doing the same using only 16 PCs.

Until Google came along, directories played an important role in people's lives. By 1989, Santosh was a well-known name in the directory circles in India. He worked with several directory publishing companies till 2000, including working on a Middle East and a Swiss assignment. His speciality was to make pages without using the pagemaker software.

But by 2000, Santosh realised the short lifespan of directories. Having an epiphany of sorts about digital signatures, he started a company called E2E Systems in Bengaluru. Backed by an angel investor from the US, the company developed a desktop software that did digital signatures. Santosh recalls,

We didn't do bad. We had a few customers and sold a modified version to Satyam.

However, he believes that his idea was too early for its time. The company wasn't scaling up and finally wound up by 2004.

From 2004 to 2015, Santosh was consulting in multiple capacities. This gave him time to look into things he couldn't do because of his work earlier. Some of these include:

GeekSkool - School for geeks by a geek

Santosh had a tough time hiring good freshers for his company in 2001 as nobody would join a startup then. So, he had to lure them bigger salaries than his peers. After the training rigmarole that spanned 3-4 months, the actual product was released in 1.5 years. After going through this process of filtering, hiring and training, he realised the huge problem of unemployability of a majority of students coming out of college.

He seized the opportunity the situation presented but took two decisions before starting GeekSkool:

It is by no means an easy feat to find a workable solution around these conditions.

But when Santosh was looking for place to run the programme, Kiran Jonnalagadda, Founder of Hasgeek(also featured on Techie Tuesdays) came to the rescue. Kiran was interested in the education space but didn't have the bandwidth to do it on his own. So, when Santosh reached out to him, it was a win-win situation for both.

It's been a year and a half and more than 45 techies have benefited from the rigorous three-month training at GeekSkool, and working now, mainly in startups. Quintype, Exotel, Rang De, Aconex are some of the recruiters who have hired from GeekSkool.

Ankit Goyal, a former GeekSkool student, recalls Santosh's most used phrase - "don't think too much, we'll cross the bridge when we'll get there" Archana Raut, a PhD dropout from Tata Institute of Fundamental Research (TIFR), is another techie who trained at GeekSkool. She ascribes higher EQ and an eclectic group of people to creating a constructive environment to learn at GeekSkool.

The acceptance rate of GeekSkool is similar to that of any top engineering college in India(almost two percent).

You don't come to GeekSkool to learn the application of a programming language. You come to learn what that programming language is itself. There are so many things to learn that it's not possible to become a master in three months. The course is about reinforcing certain basic patterns in your brain by practice. Plus, there's a lot of lateral learning in GeekSkool because you're exposed to the whole software and geek ecosystem.

Having encountered a number of good programmers over the past three decades, Santosh has observed that a healthy amount of confidence and a curiosity to learn how things work sets them apart from the mediocre. He says,

They (good programmers) have a certain curiosity which takes them to learn about how things work at a level below the level they are working. For example, if they are working on applications level, they'll be curious to know about the system level.

But, at the end of the day, mentors play a huge role in shaping bright minds. According to Santosh, there's a lack of good mentors for techies. He adds,

Aim to be the best whatever you do. Never give up. Hard work will always pay off.

If his tryst with technology hadn't transpired, Santosh quips that he would have been an author. His pet projects include poking around genetic anthropology, in an eternal quest to find out where we all come from. He also keeps himself up to date on happenings in the physics and astrophysics fields.

On a lighter note, Santosh shares,

GeekSkool is also my retirement plan, so that I can continue to teach for the rest of my life.

You can connect with Santosh on - LinkedIn | Twitter | Github

If you want to see your techie featured on this column, then you can nominate/suggest on this form.