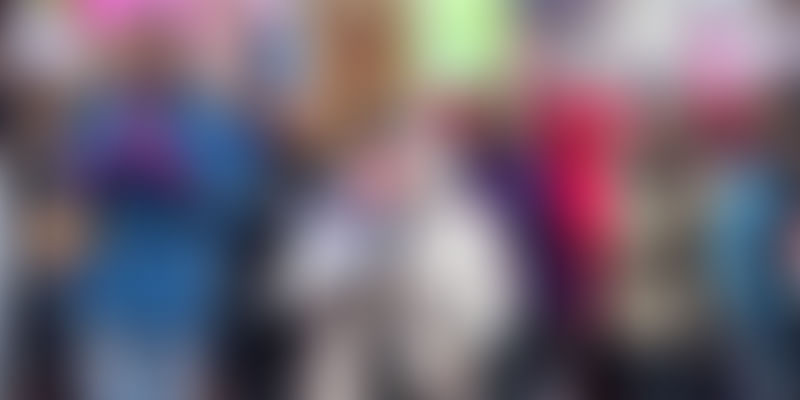 More than 200,000 women expected to attend 'Women's March on Washington' in Washington D.C., on the day after Donald Trump takes charge as President

Every hero’s journey requires a tyrant who forces the protagonist to face his inner demons and find the courage and wherewithal to vanquish the foe. Be it fictitious heroes like Harry Potter in his battle against Voldemort, or historical figures like Rani Lakshmi Bai who rode bravely into battle against the British, or even the Hindu God Krishna who defeated the evil king Kamsa, each story is incomplete without the powerful and larger-than-life adversary. Women who have not rallied together in a global movement since last century’s suffrage movement, when women joined forces to fight for the right to vote, are coming together in a massive movement that will culminate in a rally on January 21, 2017 – the day after Donald Trump takes charge as President of the USA.

The Women’s March on Washington

The Women's March on Washington is scheduled to take place in Washington, D.C., on January 21, 2017, with an official permit for an estimated 200,000 marchers to first rally in front of the Capitol at Independence Avenue, and then march to the White House.

Plans for the women's march were initiated as a response to Trump's rhetoric during the no-holds-bar Presidential campaign, which was shockingly divisive, racist, and misogynistic. In November, a woman named Teresa Shook of Hawaii created a Facebook event and invited 40 of her friends to ‘March on Washington’ to protest Trump's election campaign. Similar Facebook pages were also created by Fontaine Pearson, Bob Bland, Breanne Butler, and others, which led to thousands of women signing up to march. The women who initiated these separate marches decided to consolidate their pages, resulting in what has now become the Women's March on Washington.Though initiated by white women, women of differing races and backgrounds – Tamika D. Mallory, Carmen Perez, and Linda Sarsour – were invited to serve as National co-chairs alongside Bob to bring in diversity to the movement.

The organisers say that the march is not intended to target Trump but is "more about being proactive about women's rights" and, more broadly, "a stand on social justice and human rights issues ranging from race, ethnicity, gender, religion, immigration, and healthcare".

The march was originally called the ‘Million Women March’ as a tribute to the Million Woman March in Philadelphia in 1997, in which thousands of African American women had participated and was a historic moment in minority women’s rights. The organisers later renamed the event as the Women's March on Washington inspired by the 1963 March on Washington, a momentous civil rights rally where Martin Luther King Jr. delivered his famous “I Have a Dream” speech. One of the largest political rallies for human rights in United States history, that rally took place in August 1963. More than two million people are estimated to have participated in it, with around 80 percent being black and led to the passing of the Civil Rights Act of 1964, thereby bringing black rights to the forefront at the national level.

So what will happen on January 21?

As of January 15, 2017, 194,000 people had RSVP'd on the website that they are attending the rally. The organisers have released a comprehensive policy platform stating that their areas of concern are reproductive rights, immigration reform, LGBTQIA rights, gender and racial inequities including worker’s issues as well as environmental issues.

The organisers have also been at pain to make it clear that men are also welcome at the march and male allies will be a huge support to the movement.

Planned Parenthood Federation of America, a 100-year-old NGO that provides women with reproductive health care and sex education for young people, has joined as an official partner of the event. Feminist icon Gloria Steinem and civil rights activist Harry Belafonte have signed on as honorary co-chairs. Solidarity marches are being held in more than 100 cities across the USA for all those who cannot make it to Washington, D.C.

The Women’s March on Washington is becoming an example of an organic, grassroots level public movement. On the downside, it has also been a chaotic one and detractors have been quick to point out that it might not result in any clear-cut outcome.

But for millions of women, especially for women of colour, queer and trans women, as well as women from minority religions, who worry about their rights and safety under a Trump presidency, the movement is an opportunity to ensure that their voices and concerns are heard loud and clear.

When Krista Suh and Jayna Zweiman of Los Angeles planned to attend the women’s march on Washington, they wanted to do something more. Since the weather is going to be chilly, the women knew that the marchers would need to stay warm and decided to knit a hat that would also make a statement. The Pussyhat Project has become a nationwide effort to knit pink hats to be worn at the march on January 21. The hats are so named because of the cat ears on top and are also a tongue-in-cheek reference to Trump’s derogatory remarks about women’s genitals made in a video that surfaced during the election campaign.

The hats are also giving a chance for those people unable to participate in the march to contribute to the project. By taking something as feminine and domestic as knitting and transforming into a feminist statement, the project has been a triumph of the understated. The large scale knitting of these hats by newbie knitter-activists has caused a shortage of pink wool in the US! Marchers can request for hats through the project’s website.

Whether something concrete will come out of the Women’s March on Washington and whether the President-elect, who is notorious for an anti-woman, anti-minority outlook, will be forced to re-think his policies, is something that we will have to wait and watch.

However, it goes without saying that the whole world will be watching American women make a major statement on January 21, 2017.