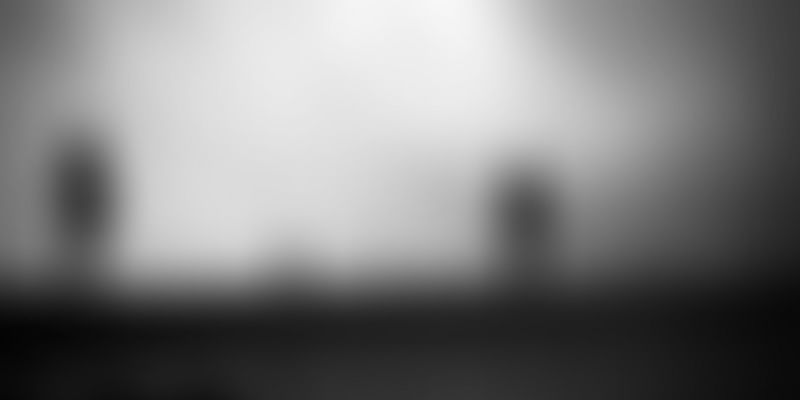 Some are being rescued. Some are committing suicide. Some give up hope. Some are escaping. Some are still missing and can't be traced. But they are being tortured, violated, and raped, sometimes murdered. The scenario with trafficking in India is always alarming. It is so unjust that many of them cannot be even traced by the police authorities. The prostitution victims often suffer from depression and other psychological problems which, in turn, scar them for the rest of their lives.

When someone asked "What is the saddest thing about you, and why?" this chilling confession by an anonymous user on Quora is so heart-breaking, it signifies the extent of this horrible practice that is prevailing in India

Here is what she said:

I was kidnapped from a park near my home after my 12th birthday, the last birthday party I ever had.

I woke up once inside what felt like a truck. My eyes, hands, and feet tied, my mouth gagged. I remember bumping against the cold hard walls of a moving vehicle.

Next time I regained consciousness I was in a dingy room. Some women cleaned and fed me. They covered my face with a pillow every time I screamed for help. I later realised it was because they didn’t want me to get beaten up by the master for being a nuisance.

I was young, so I was kept in one of the ‘delux’ rooms.

My virginity was sold to a sheikh in a big bungalow. He raped me for days or maybe weeks. I was eventually raped by all his companions when he was done with me.

Sometimes a doctor came in to fix my hymen. I remember that because it meant I was again being sent as a ‘virgin’ to a sheikh’s bungalow.

The humanity in me only survived because of the women who came every day to feed me and help me bathe. They were sad when they looked at me. They sometimes had tears. That reassured me that whatever was happening was wrong. That I’m not an animal. That my pain is real and at least they can see it.

One day I woke up in a different room. I cried for hours.. or maybe days or weeks... I had become accustomed to the comfort of my room. I was no longer around the only women whose hands’ silent brushes against my face made me feel like a living being.

In this new room and with a new master, I was trained to dress up, put on makeup, and dance. I was trained to provide a number of services that my master made me practice with him, on him. Here, the sheikhs stopped coming in. They were replaced by men in formal shirts and pants.

I was like a robot. I didn’t feel anything. I didn’t even have the will to stop or rebel. I was just taking orders.

One day, a woman in a khaki saree pulled me into consciousness. She was shaking me vigorously and asking me my name. I couldn’t comprehend what was happening. I didn’t remember what was I called. I started crying and for the first time since my kidnapping, a woman in a cotton suit came towards me and hugged me. She told me that they were there to save me.

I was put in a van with other women and taken to a police station. I realised I was in Mumbai. Later I was told I had been kidnapped for five years and had spent the first few years in Hyderabad.

I was placed in a rescue home. I had to talk to a psychiatrist, attend classes, and eventually appear for exams. During this time, I had to learn how to sleep away from my ‘delux’ room. That hellhole had become my life. I felt uncomfortable when I hadn’t been penetrated by a stranger for days. I learned to live my new, uncomfortable life of dignity and normalcy. I got to know I had been subjected to multiple unsafe abortions, so I’m no longer fit to bear a child. My wrist was once broken and twisted by a client. Since it hadn’t been tended to for years, it will never completely heal.

With the help of doctors, I recalled my childhood address. When the people at my NGO tried to contact my parents, they learnt my mother had died of multiple organ failure because she had stopped eating or drinking after my disappearance. My father committed suicide soon after.

My NGO found a sponsor for me in Delhi. I moved here for a computer and foreign language course and have been living here ever since.

I now work at a computer centre as a teacher. I live in a rented flat with two girls.

I have a boyfriend who loves and respects me. He knows about my past but gets uncomfortable if I ever say out the details. I still sometimes can’t sleep. I wake up thinking I’m back there. I call him in the middle of the night and he always calms me down. He makes me feel safe. He’s a proper Punjabi so he’s always making me laugh, dance, sings romantic songs, takes me to long drives, and cooks tasty meat for me. He even forces me to go to the gym with him because my years in captivity have left my body very weak. He belongs to a normal middle-class family, so he cannot tell his family and friends about my past. I understand, but I hate that I have to lie to them.

Recently on Promise Day, he proposed to me. I didn’t say yes. I don’t deserve him. He’s too good looking, uncorrupted, educated, and decent for me. I’m too broken, polluted, and unworthy of being someone’s wife, let alone his. He says there is no pressure and he will wait for me to be ready, that we can adopt children, and that my past doesn’t matter to him. But I’m waiting for him to realise he can find a girl much better than me. I don’t want my baggage to spoil his life and dreams.

This was my deepest, saddest secret. Thank you for taking out the time to read.

She did not even have her parents to turn to when she returned from that hell. She did not have anyone to seek solace from. She is just living her life for the sake of living. Her past has affected her present so much that she does not have a single positive vibe about her future.

This heart-breaking story shows us all how unsafe girls in India are, and how we must all take responsibility to rectify this situation.