The river of gold, Subarnarekha, is dying. Who’s responsible? 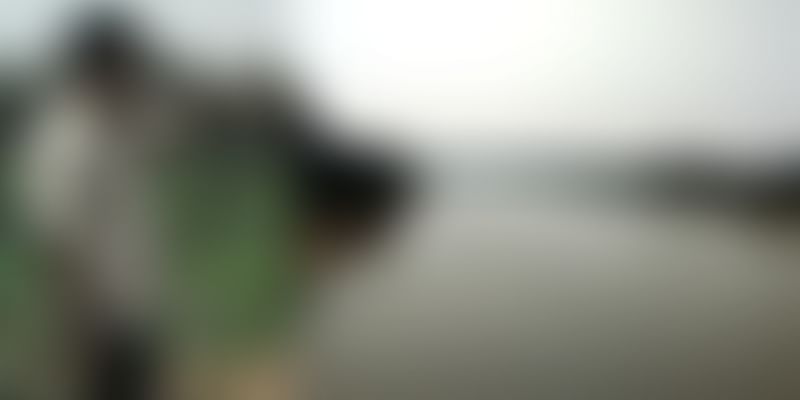 The pitiful state of the Subarnarekha stands testimony to the changing times. The river is being slowly killed by the greed of the rich and the apathy of the powerful.

It would not be an exaggeration to say that Subarnarekha (Line of gold) is a film that left an indelible mark on Indian cinema. The film, written and directed by Ritwik Ghatak, is inspired by a river of the same name, and centres on the reality around the river, which flows through present day Jharkhand, West Bengal and Odisha, before draining into the Bay of Bengal. The film uses the river as a metaphor for the plight of the homeless amidst changing times. Through its characters, it captures the hope, despair and alienation of a community that settled by the river after losing its land, livelihood and much more to the Partition.

The basin and its water resources

A 395 km-long seasonal river, Subarnarekha is the smallest of India’s inter-state river basins, with a basin area of 18,951 sqkm. It originates 15 km south of Ranchi on the Chota Nagpur Plateau. The main river passes through Ranchi, Seraikela-Kharsawan, East Singhbhum, Paschim Medinipur and Balasore districts. Just 50 km from its point of origin lies the 35.5 metre-high Getalsud Dam, a multipurpose project completed in 1971. Now, the river serves as a source for municipal water supply and industries, apart from housing a hydel project in Ranchi.

Dr Nitish Priyadarshi of the environmental sciences department, Ranchi University, says that the source of the river is drying, with only a small rivulet left at its origin in Piska, near Ranchi. “The reduction of water in the river is leading to the decline in the groundwater tables. Because of widespread deforestation, soil erosion has increased. Owing to these, the dissolved solids and the turbidity of the river increase significantly during the monsoon,” he says.

The basin also houses the Subarnarekha Multipurpose Project, which has Jharkhand’s Chandil and Icha dams as well as the two barrages and three small storage reservoirs in Odisha, apart from a wide network of canals. The area is faced with grave environmental and displacement-related issues due to the project. The protests against the project culminated with a demonstration by a group of over 10,000 tribals armed with bows and arrows, leading to police firing and four deaths on January 6, 1979.

Despite the protests and alleged corruption (as per the CAG report of 1999), the project took off after 40 years of delay. It received a major shot in the arm when it became a part of the Centre's Accelerated Irrigation Benefit Project. “It received the clearance of the Ministry of Forest, Environment and Climate Change (MoEF), but the promise of jobs and electricity to the locals was held up,” says Jagabandhu Mahato, a resident of the area.

Subarnarekha is known for its water of a golden hue. Legend has it that traces of gold were present at its point of origin at Piska. Scientists, however, say that the river’s golden colour is the result of its proximity to rich ore deposits in the lateritic rocks in the area. This unique characteristic of the river is also its curse, since large-scale mining is found to be slowly killing it.

Much of the extraction of rich resources, especially by the mining and mineral processing industries, is unregulated. This contributes to the domestic, industrial and even radioactive pollution of the river, which once served as the lifeline of the tribal communities inhabiting the area. Construction materials are quarried from its basin. “The abandoned mines and quarries of the construction materials are a source of mineral wastewater and suspended solids,” says Dr Priyadarshi.

The country’s richest copper deposits lie in the lower reaches of the basin, in the Mayurbhanj and Singhbhum districts of Odisha. As per a recent study (2016) by Giri et al that looked at the concentration and distribution of selected metals in the bed sediments of the river, both innate (geogenic) and human (anthropogenic) activities are found to be the contributing factors of metal profusion in Subarnarekha River. The overall study reveals moderately serious contamination of the river with sediments of metals, predominantly in some locations under the anthropogenic influences like mining and industries.

Illegal sand mining on the river and its tributaries is on the rise, notes Rajesh Tirkey, who lives in an urban slum settlement near Domuhani in Jamshedpur. “Most of this is illegal and caters to the growing construction industry,” he says. “Regular sand excavation along the banks of the Subarnarekha River is threatening the ecology as thousands of tonnes of sand are being lifted every day,” says Dr Priyadarshi.

The middle reaches of the river basin are known for their uranium deposits, with three productive mines of the Uranium Corporation of India in and around Jaduguda. It is reported that effluents comprising radioactive products enter the Subarnarekha through the mines’ tailing pond. “No standards have been met in the construction (of the tailing ponds) and no measures taken to control the emissions. Overflow and seepage from the tailing ponds ultimately go into the streams that feed the Subarnarekha.”

The drains of Jamshedpur, the largest city in the basin, directly fall into the river. They contain untreated solid wastes. As per a study by Bhuyan et al, the presence of faecal coliform in the Subarnarekha basin is significant, and the poor water quality of Baridhi Nallah is due to the improper treatment of the effluents from the Jamshedpur steel plant. Tata Steel, however, refutes this. Going by the Environmental Impact Assessment (EIA) of Tata Steel’s recent project -- Project on expansion of crude steel production, 2015 -- all the waste water from various units would be treated in the respective effluent treatment plants and/or then further treated in the Central Effluent Treatment Plant for primary, secondary and tertiary treatment before recycling and low-end uses like dust suppression, slag quenching, and green-belt development.

It is, however, not clear if the action plan has been prepared, as things have clearly gone back to how they used to be. “The river is badly hit as a number of big and small industrial units, iron smelting plants, power plants, coal washeries and mineral hubs are located on its banks, leaving it in a chaotic state.” In 2010, the MoEF had declared the parts of the Subarnarekha that flows through the industrial clusters of Jamshedpur, Seraikela and Barajamda as severely polluted.

Since 2015, the Jharkhand State Pollution Control Board (JSPCB) has been working on saving the gasping river and its tributaries. They are attempting to lessen the quantum of untreated effluents going into the river. A detailed study, mostly related to the effluents coming out of the industries and mines through the length of the river, is being conducted. The crucial areas contributing to severe pollution in the industrial clusters are being identified. Apart from these, the carrying capacity of the river is being identified in order to come up with a comprehensive plan for cleaning the river and to decide whether more industries should be allowed to come up in the basin. The effort is aimed at improving the Biochemical Oxygen Demand (BOD), dissolved oxygen and pH value of the water by minimising the release of contaminants like arsenic and other toxins into the river. The Central Pollution Control Board (CPCB) is also taking part in the efforts to clean the Subarnarekha.

The Marine Drive Western Corridor project links Sakchi, Kadma and Sonari with Adityapur toll bridge and was conceived to keep heavy vehicles off city roads, thus getting rid of traffic snarls in Jamshedpur. But the road is a disaster in urban planning, and does not serve its purpose of easing traffic and increasing connectivity in the city. Instead, it has caused a lot of harm to the river’s floodplain and created a physical barrier between the river and the native people.

Like Mumbai’s coastal corridor, this project has reduced the quality of life of the lower middle-class population and the poor residing closer to the river. The fishing communities of Dharas, residing on the riverbanks from Mango in Jamshedpur to Bharagora, have been affected by the huge construction and excavation work of the corridor as well as the river’s increased pollution.

The banks of the Subarnarekha, its rural landscape, and the lives of ordinary people are best captured in a song in Subarnarekha - Aaj dhaaner khethe roudra chaayai luko choorie khela (Today the sunshine and shadows play hide and seek on the paddy fields). But those moments of elation and joy are no longer possible for those displaced by the development along the river. In Ghatak’s film, the protagonists are ruined by the circumstances. That holds true for the river, which is breathing its last due to the changing times and an apathetic machinery’s refusal to address the issue.