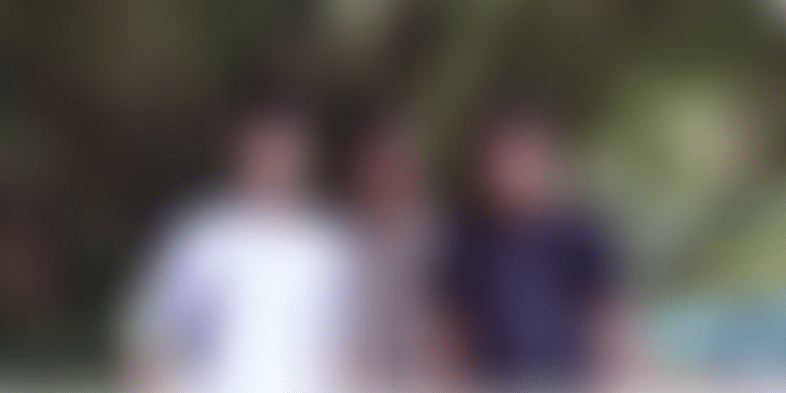 Viren Sood is a trader who lives in Whitefield and shops at HyperCity, a big box retailer in Bengaluru. Being in the steel contracting business, which requires constant attention, he has little time and patience for long queues at payment counters. He often lets his wife do all the payments while he takes calls in his car in the parking lot.

Of late, though, his wife is able to check out immediately from the store thanks to a new payment platform. “She uses the app to scan the barcodes and makes the payment with her credit card or with UPI and exits the shop in under an hour. Usually, we wasted an hour-and-a-half in a retail chain,” Viren explains.

The platform we are talking about is Perpule, an idea that was born in the US. It was founded by Abhinav Pathak, Saketh BSV, and Yogesh Ghaturle. Abhinav and Saketh, while working for Goldman Sachs in the US in 2015, observed the shopping trends of consumers there. On Labour Day — when brands engage with customers in huge sales initiatives — they noticed queues that were 500 metres or longer. On the way back to India, they realised the potential of building a fintech platform that busts queues and facilitates easier checkouts.

By late 2015, they started noticing the same queues in Indian retail stores. Abhinav, who passed out of National Institute of Technology Karnataka, Surathkal, in 2015, discussed with his junior, Yogesh, about building a fintech platform for the retail industry. The three then met in Bengaluru and launched Perpule, a startup focused on making retail easy. “We started by building a platform and simultaneously observing the retail payments ecosystem,” says Abhinav, the 23-year-old co-founder of Perpule.

Product development is always a challenge for a young startup owing to the complexities involved. “The reason for the complexity is the legacy software used by all the retailers,” says Saketh (24). The founders say it was a nightmare to integrate and ensure that things happen in the correct way. “It was a long iterative process and we worked with several retailers parallelly so as to ensure we were building a solution which was scalable,” he adds. They were lucky because the tech heads of retail chains that they were working with helped them understand the system and answered all queries.

But mistakes kept beating Perpule down in 2016. Recalls Abhinav:

“The first time we started doing pilots in a small retail store, the tech failed.”

The founders were about to give up because some big retailers were looking forward to the outcome of pilots. The only choice they had was to work a week without sleep to ensure that the technology had no glitches.

The payment mechanism kept acting up. Then there was another problem: convincing customers in the stores was becoming a challenge. “People were skeptical of trying new apps, especially when it involved payments,” says Saketh. So, again the founders had to be in a store asking customers to try it out and eventually their persistence paid off. Now, 40-50 percent of the customers using the app at HyperCity are repeat customers.

YourStory had carried a story on why corporates should work with and guide startups. That appeared to be happening here. The CEO of HyperCity, Ramesh Menon, and his team, believed in the narrative of a startup like Perpule, which is a data analytics, fintech and consumer engagement platform. By the end of 2016, the product went live in three cities and three stores. The company is also working with SPAR, Aditya Birla Retail, Future Group and ShoppersStop. The founders have invested close to Rs 40 lakh in the business. Says Saketh,

The app also allows the retailers to engage with regular customers by using insights to create powerful campaigns that can track customer purchases. Apart from taking a small percentage of the transactions as a fee, the company works on annual contracts for promoting retailers' marketing collateral. At its heart, this is a software company.

Bosch’s startup Bezirk employs a similar model with some large retailers in the US — it built the product in India but won customers abroad. “Software is the future. We cannot play the device game, but can track customer habits in the store through the store WiFi,” says Hemanth S, Co-founder of Bezirk, adding that the challenge for any startup lies in integrating with the ERP of 1,000 stores or more, and this was possible only by building scalable frameworks.

A company that works similarly is BluPay, which uses store networks and Bluetooth to push content and also enable payments in stores. Pavan P, Founder of BluPay, says:

“The retailers care about engagement and increasing their sales. Our platform allows this to happen regularly.”

India's retailing industry is $600 billion in size, of which only 10 percent is organised and works mostly on card machines and cash payments. Today, stores have no quick checkouts because financial technologies and app-based payments have not caught up with them. Indian retailers spend only three percent of their revenues on technology, which is estimated to be around Rs 12,000 crore in India. These technologies are legacy platforms that enable data capture and are not deemed consumer-friendly.

The three young founders of Perpule are well on their way to raising their first round of money. But retailing in India is so used to cash transactions that it will be a long time before startups can scale up in a couple of years. They need the money to make the technology stronger and sustain the business for another decade when Indians will consistently operate digitally. That’s when there will be real money.